The Vatican Museums and Sistine Chapel 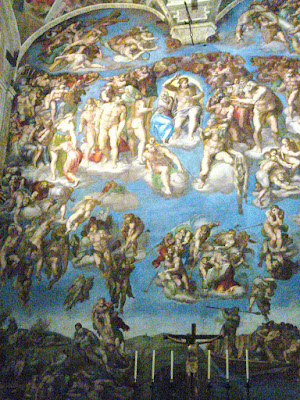 Michaelangelo's Last Judgement, Sistine Chapel
On the morning of our departure, I found sudden inspiration to check out the opening days and hours of the Vatican Museums. Thank God for that as I discovered that they would be closed on both Sunday and Monday because of Easter and that if one wishes to buy tickets online, the latest slot for visiting would be 13:30 on Saturday. It meant that we had to change our lunch reservation and a few other plans. 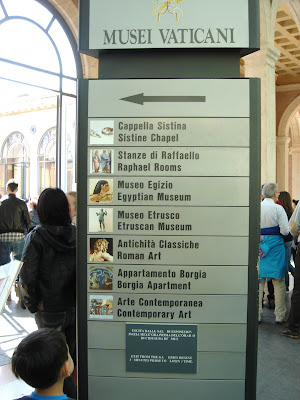 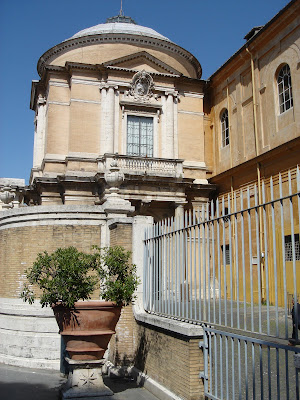 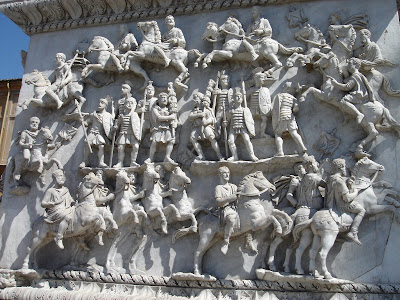 Welcome to the Vatican Museums
It was worth the 4 euros extra for each ticket reserved because the queue on that day was at least 600 metres long. We got in pretty quickly because of our pre-paid tickets (http://www.vatican.va/) and I would recommend the rental of at least one audioguide for the party. Count at least 2 to 3 hours for the visit - and that's excluding an eventual possibility to access St. Peter's Basilica from the Vatican Museums (and therefore skipping the usually long queue). We didn't have this possibility during our visit as St Peter's was closed that afternoon in preparation for the Easter Virgil. Still, with the long queue to access the Sistine Chapel we spent more than 3 hours there and still couldn't visit most of the museums in the compound. 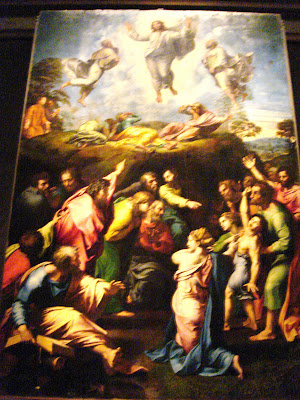 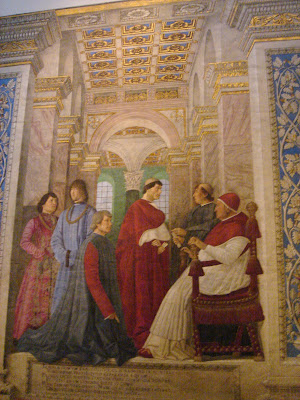 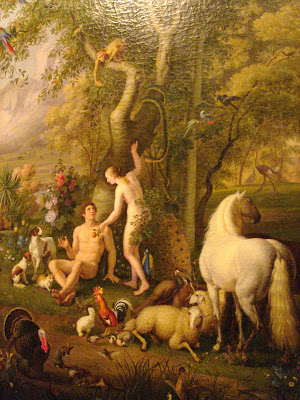 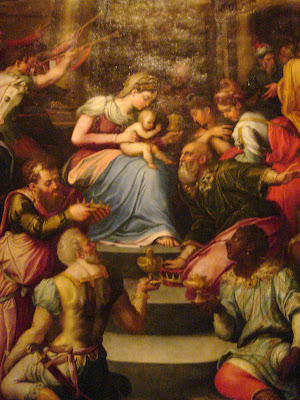 Some of the paintings that I liked
There were guides for hire outside and inside (specific tours at fixed times) the museums, but we prefer to move at our own pace so we rented an audioguide. Besides, from time to time, just stand next to a group and you can catch bits and pieces of the commentaries. I can only absorb so much in any case. 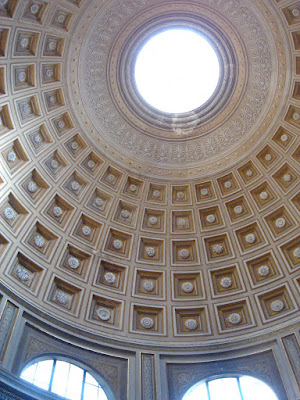 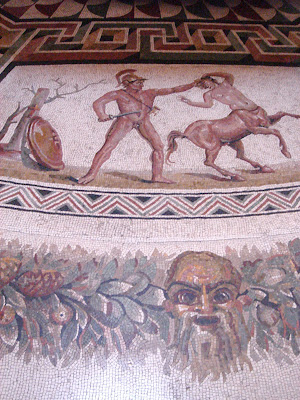 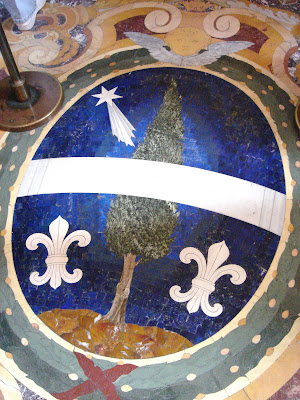 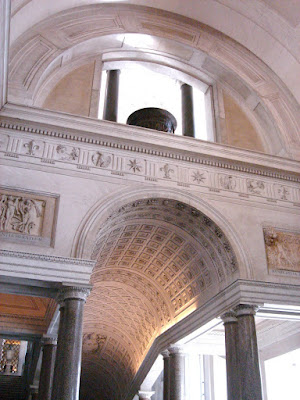 A few ceilings and floors

The Vatican Museums are beautiful and very very rich in both architecture and art. I've visited in 1991, but honestly couldn't remember much of that visit. Truth be told, I'm not fanatic about religious art, much prefering Dutch Masters and their paintings of fat women in kitchens or French Impressionist Masters. But the floors and ceilings in the Vatican are works of art in themselves. You may have figured out by now that I have a thing for ceilings and floors. 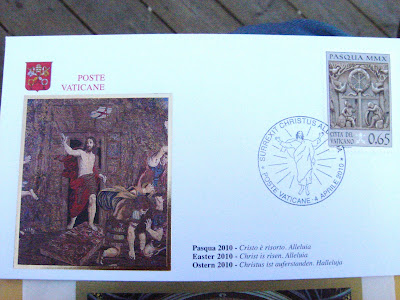 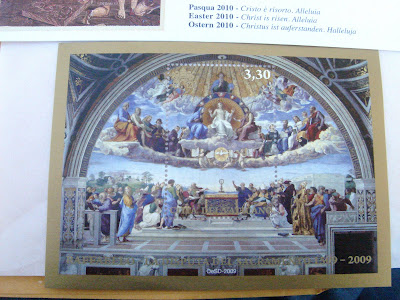 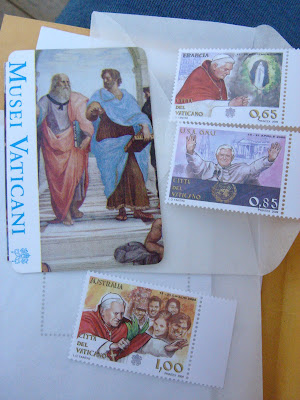 The Vatican City is a city-state headed by the Pope with its own postal service, Swiss Guards, radio station, currency...The Church had to content itself with this small walled city in Rome in 1929 after the Papal States of Central Italy became part of the new Kingdom of Italy in the late 19th century. Speaking of postal service, I was the very last client at the Vatican Post Office in the museums and literally had to beg the worker not to close his counter so that I could buy the Easter 2010 first day cover and a few stamps. I think that they were better than any other souvenir and I so very heart them. 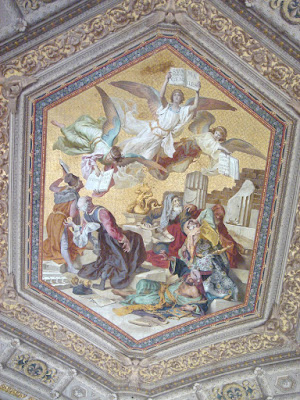 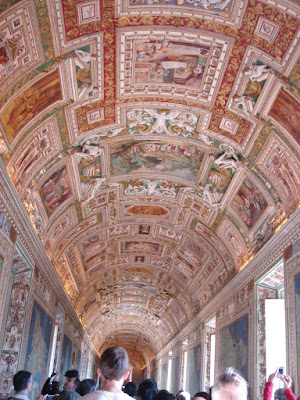 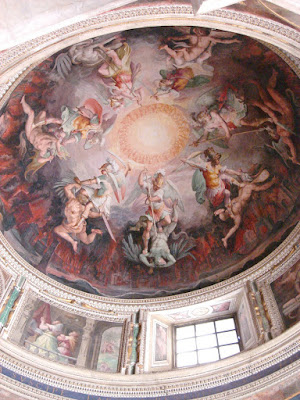 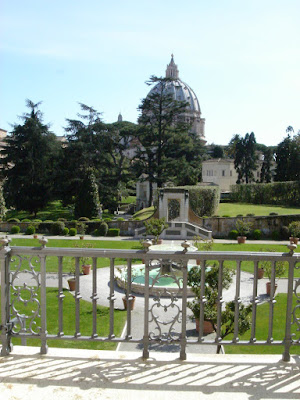 View of St Peter's and the Gardens

The queue was super long on the way to the Sistine Chapel and it would be advisable to take a break in the open to admire the Vatican Gardens before you join it. Along the way we passed through the Tapestry and Map Galleries that were truly magnificent and when we finally arrived at the Sistine Chapel, I know I sound inculte, but I didn't know what the fuss was about. 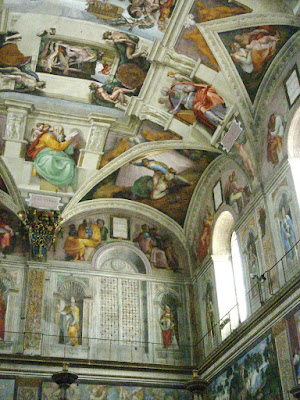 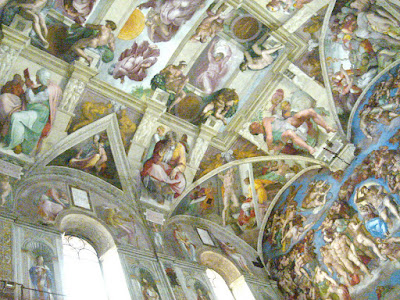 It was a rectangular room with frescos and paintings all over and I found it over-painted if you wish and horribly dim. Michaelangelo painted his famous frescoes of the Creation on the ceiling and the Last Judgement on the end wall (24 years apart) and they were filled with naked very muscled men (and women) and I really do not have a thing for muscles. Other famous artists also painted on the wall, including Botticelli, Ghirlandaio, Perugino and Signorelli. I had a headache and neck pain after the visit and was also irritated with the fact that many visitors were talking away when silence was expected to be respected (since it's a chapel after all) and taking photos with the flash when there were signs everywhere saying "no photography". I took a few photos since the guards didn't seem to worry about cameras flashing away, but stopped short of using flash. 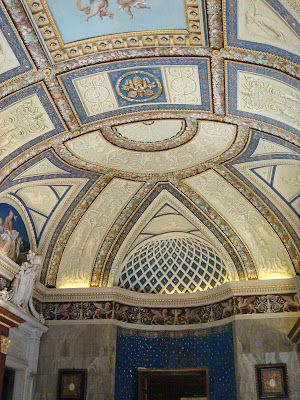 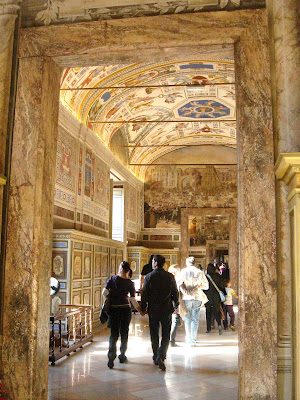 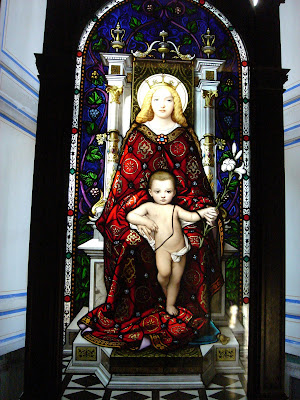 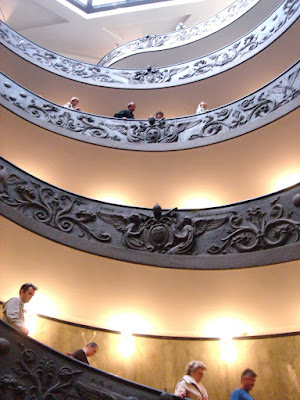 If you want to visit the Vatican Museums and the Sistine Chapel for free on September 27 it'll be free entrance.
Franco
www.adagiotours.net