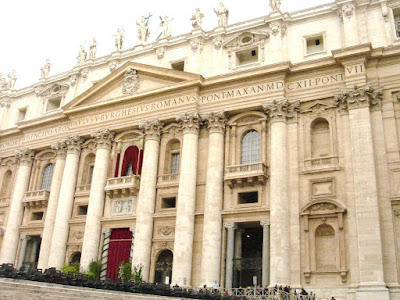 The queue was long long long on Easter Monday. Hub, lazy as usual, was ready to give it a miss - but I insisted that we queue up since we were there. It lasted nearly an hour and there were people trying to cut the queue on the excuse that they had a baby (in a comfortable landau) who would be hungry. I told them to try their luck with the folks behind us since having had 3 babies myself I knew that feeding babies is easier than calming 3 crazy kids, plus they were 4 adults who could surely manage between them to queue up and feed a baby. If it were a pregnant woman or someone with a baby in the arms, things would have been different. Italians. 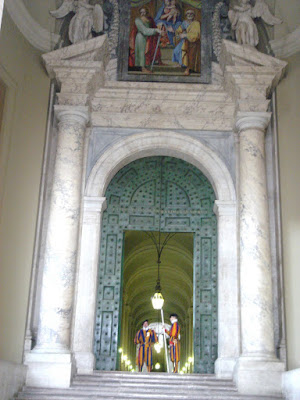 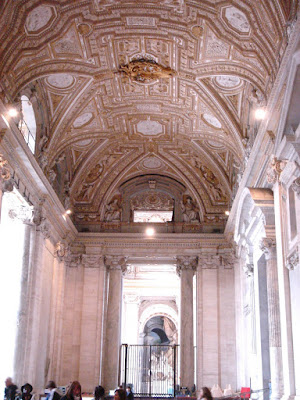 St Peter's Basilica at first view somehow didn't make me swoon like the Notre Dame Cathedral or Sacre Coeur Basilica in Paris. It is too big. The largest Christian church in the world. Built where Nero's Circo Vaticano used to stand, St Peter - the first Bishop of Rome - was said to be cruxified upside down on a cross in its grounds (at his own request) near the Egyptian obelisk. The body of the saint was buried in a grave marked by a red wall by his fellow Christians. 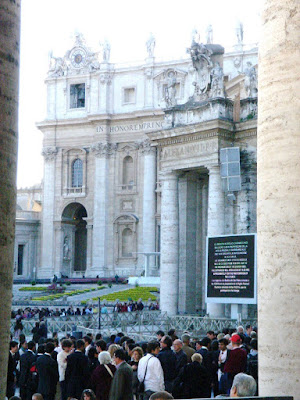 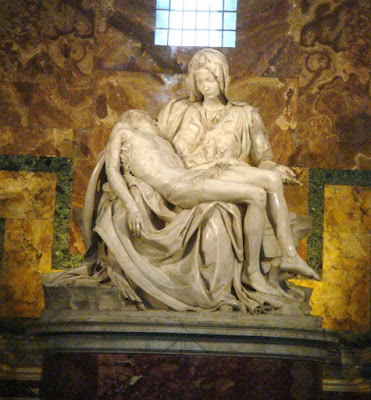 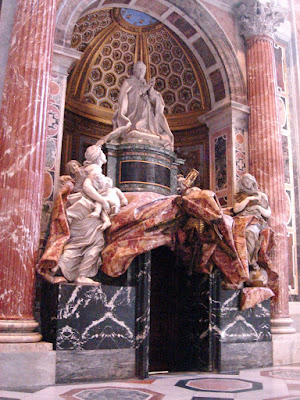 In the 4th century, Emperor Constantine ordered the construction of a basilica on the site of the apostle's tomb, but the basilica as we know it today took shape in the 16th century and took more than 150 years to be built. Artists like Raphael, Sangallo, Michaelangelo, Bernini, della Porta and Maderno contributed to the project and some of its treasures include Michaelangelo's Pietà sculpture (the only work to carry his signature) and dome, and Bernini's huge baroque canopy (made with bronze taken from the Pantheon's roof). I saw people queuing up to touch this black bronze statue's foot and did the same. It represented St Peter. 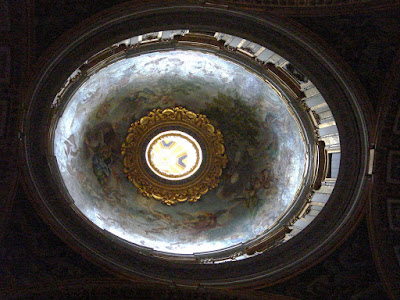 One of the smaller domes 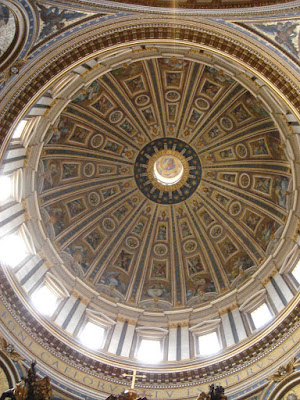 The main dome
You could visit the Vatican Grottoes where many popes were buried, and also the Cupola (roof of the church). Whether you climb or take the lift, you still have to pay and apparently the view you will get of Rome from up there would be worth it. Since we didn't have the time, we decided not to do it. 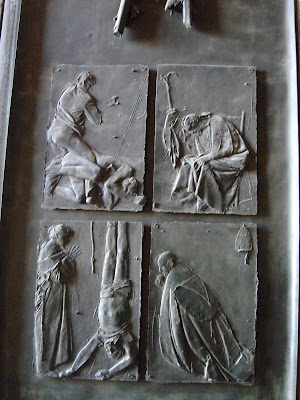 A pope kneeling before the cruxification of St Peter (one of the doors)
There were 284 Doric columns lining both sides of the Basilica and I remember my guide from 2 decades ago telling us that if you stand in the middle of the piazza (where the obelisk is) between the 2 fountains, you will see that the two rows of columns of the colonnade line up perfectly and appear to be just a single row.
Publié par Beau Lotus 涟 à 12:26