Eating Out in Rome 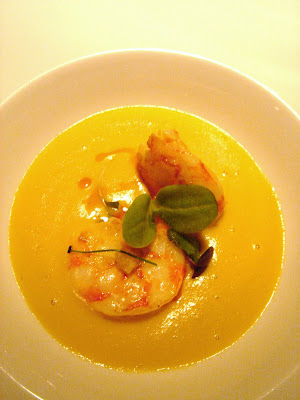 We loved eating out in Rome, in fact Baby Girl said she wished she lived in the city. As we have suspected, Rome has many good restaurants and quite a number of them have even made it into the Guide Michelin. Staying at the Piazza Navona, we discovered that many of the restaurants recommended to us either by the restaurant guides or by friends were within walking distance so that could only add to the pleasure of eating out.
Like in Paris, it would be even better if one doesn't have a tight budget for eating out - though the pizzas and sandwiches in the takeaway places looked quite delicious actually. We indulged the kids one afternoon by letting them have kebab for lunch and the sandwiches were quite good - to their delight. 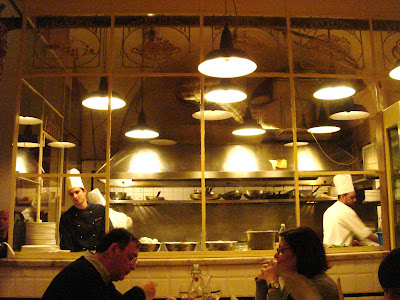 It had been a very expensive long weekend for us, but at our old age, we felt that the cuisine should be part of the city experience. On Saturday evening, we dined at Ristorante Maccheroni that came highly recommended by one of Hub's colleagues. And it was just 400m from our flat. 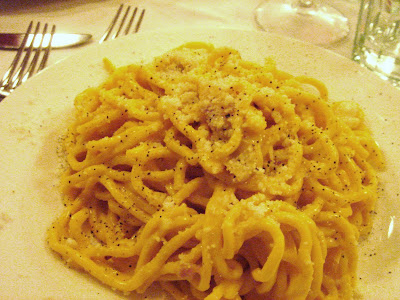 Carbonara pasta, Maccheroni
The restaurant has an open kitchen and serves mainly homemade Roman cuisine. Rome is famous for its Carbonara pasta dishes so we had to give it a try and we were not disappointed. The pasta was fresh and the sauce smooth, cheesy and rich. The grilled meats (especially the beef) were also very good though I wouldn't go for their osso bucco again - they were literally drowning in tomato sauce. We found that the portions were big and the side dishes like mashed potatoes were too expensive. They would have done just as well in smaller and cheaper portions. We had to waste some food that evening. 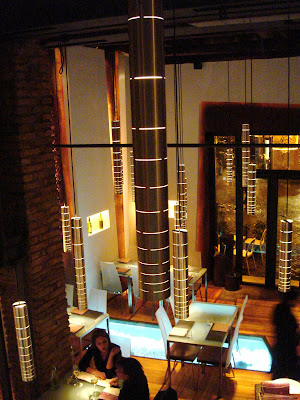 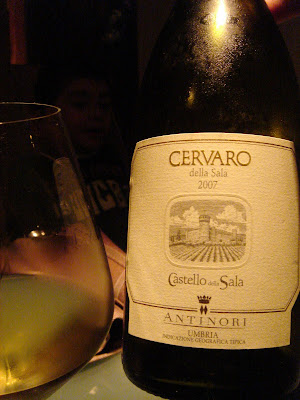 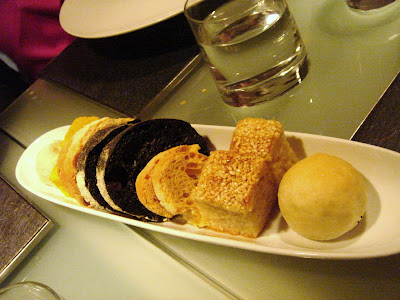 Sunday evening was spent in an expensive 1-star Guide Michelin restaurant named Hostaria Glass. I told Hub that maybe we should buy the kids a pizza and have them stay in the flat, but he wanted them to taste the food in the restaurant. Unfortunately, unlike many of the good restaurants in France they do not offer a tasting menu for children. So they had portions like us - which meant delicious if small mouthfulls. 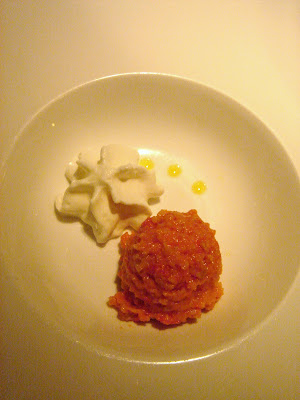 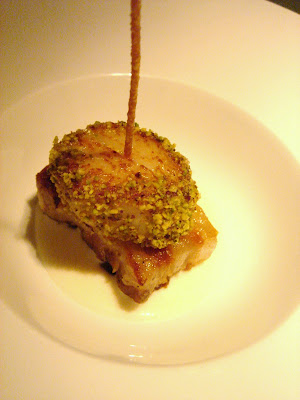 We had the 75-euro (per head) tasting menu. It contained fine, innovative and modern Italian dishes cooked to perfection with harmonious marrying of fresh seasonal ingredients including those sometimes foreign to Italian cuisine. A variety of different sorts of bread was also served and the white wine (and later sweet wine to go with the foie gras) we chose with the Sommelier's help was lovely. 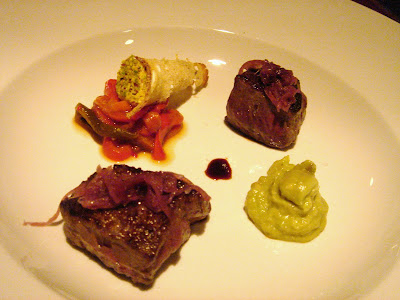 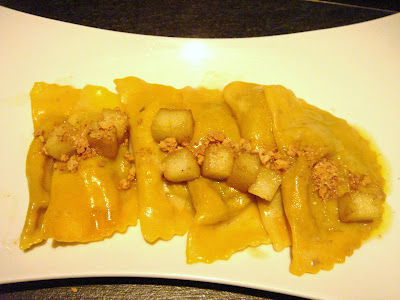 Tataki Beef and Foie Gras Raviolis were extra orders (not in the tasting menu)
We have 2 complaints though : 1) the service while reasonably attentive with introduction of dishes etc failed to impress. At 1-star Guide Michelin level we did not expect to serve our own wine and water. The staff also seemed confused about how to place our cutlery at times; 2) they did not serve coffee at the end of the meal - which on reading reviews about the restaurant later was I to discover is not true. Apparently the manager refuses to serve coffee to clients dining on the mezzanine for some obsure reason while those on the ground floor get their coffee senza problema. So we suppose that the 1-star rating has been attributed to the food and decoration, but certainly not the service. 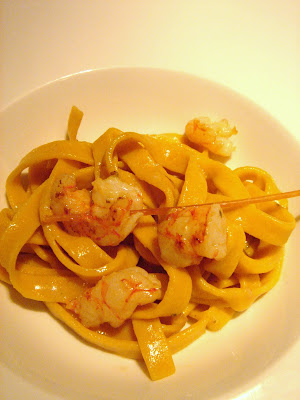 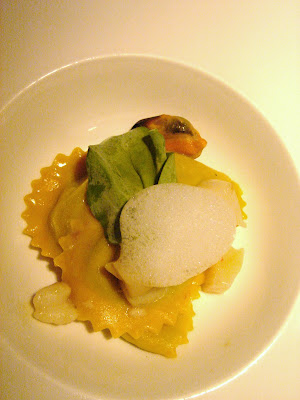 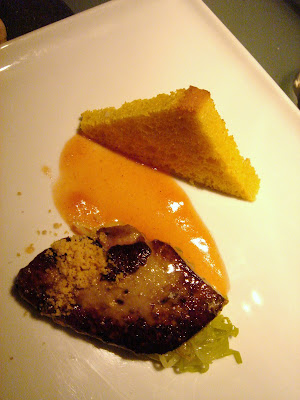 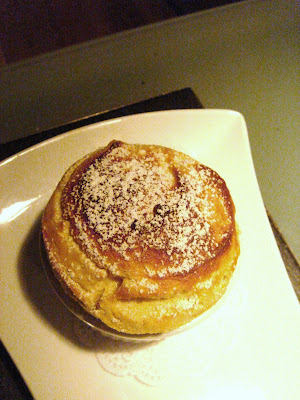 We loved the area in which the restaurant is located - Trastevere. It seemed very vibrant with lots of interesting restaurants and bars. In fact, we returned the next day and lunched in a nice Taverna del Moro da Tony. We were caught by the juicy, delicious-looking chunks of beef displayed in its window which gave us an immediate craving for steak that just had to be satisfied. 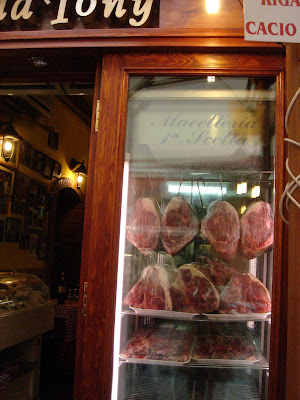 The fiorentina tasted as good as it looked and we had a 1-kg piece for the whole family to share. We also had pasta or risotto to start and my Risotto alla crema di scampi was really tasty. The portions were big, prices reasonable and the service fast and attentive (for the price). Would recommend the place for a reasonably-priced meal.
Now we are broke and will have to eat instant noodles for a few weeks :-).
Ristorante Maccheroni
Piazza delle Coppelle 44
Tel : 06 683 07895
http://www.ristorantemaccheroni.com
Hostaria Glass
Vicolo del Cinque 58
Trastevere-Roma
Tel : 06 583 35903
http://www.glass-hostaria.it