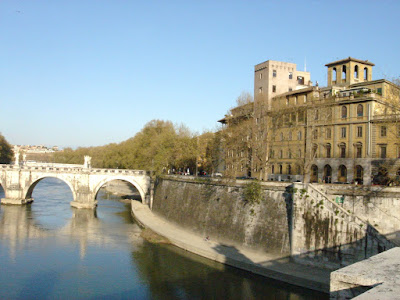 Along the River Tiber

Roma was sunny and warm when we arrived on Saturday morning - allowing us to bask in all of its splendour and glory. We parked along the river Tiber on the other bank across from its majestic Palazzo di Giustizia. We have rented a small flat at Piazza Navona in the heart of the old city and it was a wonderful decision because not only were we within walking distance to almost every place of interest in Rome (including the Vatican City), but if you manage to find parking space along the Tiber, you also save a fortune on parking - because it only costs 4 euros per stretch of 8 hours to park there (you need to pay from 8-23h). Our car was just 5-10 minutes by foot from our flat so we couldn't ask for better. 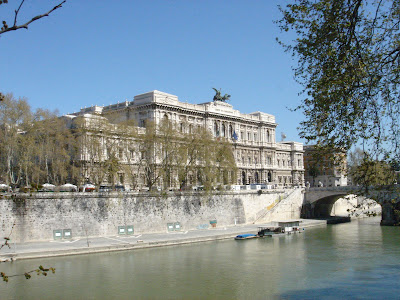 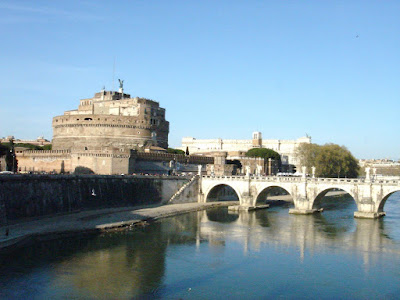 Piazza Navona is built on the site of the Stadium of Domitian, 1st century AD, and follows the form of the open space of the stadium where ancient Romans came to watch the agones ("games"). It has a few famous monuments : in the center stands the Fontana dei Quattro Fiumi (1651) by Bernini with its Egyptian obelisk; the church of Sant'Agnese in Agone by his archrival Borromini; and the Pamphilj Palace by Rainaldi which features the gallery frescoed by Pietro da Cortona (it houses the Brazilian Embassy). 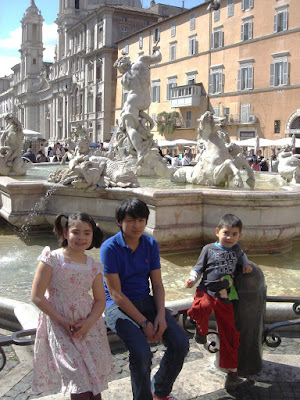 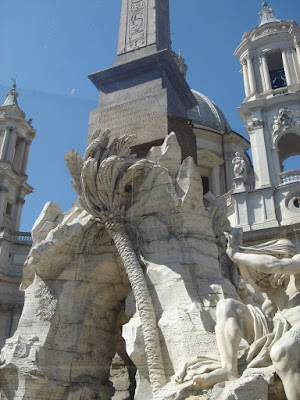 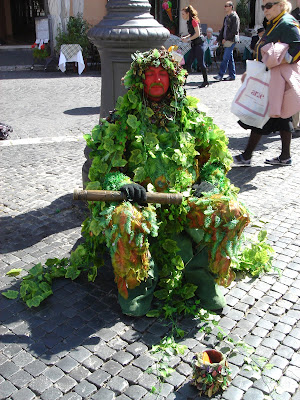 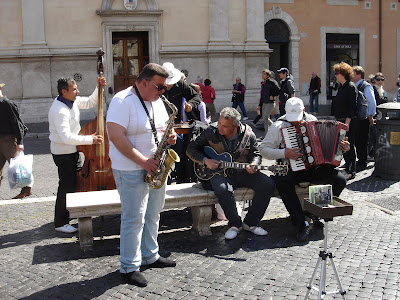 Piazza Navona
At the southern end is La Fontana del Moro and at the northern end is the Fountain of Neptune. There are cafés and antique shops in the busy piazza, and also lots of good trattorias and takeaway places in the surrounding streets. 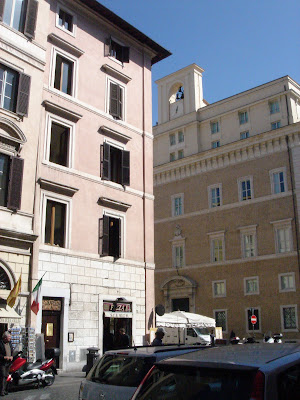 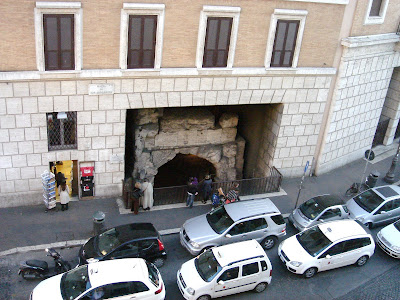 View of the remaining bit of Domitian's Stadium from the flat

Our flat is in a small old building (Casa Navona) next to the Palazzo Altemps with its important collection of ancient Roman statuary. There is no lift and we were on the 3rd floor which was great as we were far enough from the streets below not to be too disturbed by the noise. The flat (about 50m2) has a bedroom with a small walk-in wardrobe, a living room with a sofa bed (and an extra bed) and a TV, a reasonably well-equipped kitchenette and a bathroom. It is expensive, but perfect for a family of 5 with kids. I may not recommend it for a group of adults as it may be delicate deciding who gets to sleep in the bedroom and who in the not-too-comfortable sofa bed. But we absolutely love this flat for its superbe location and its high ceilings. 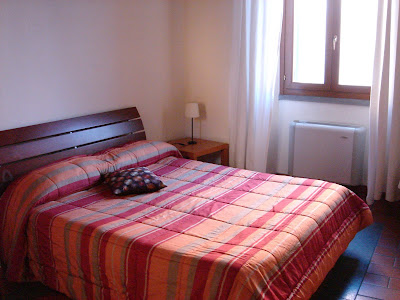 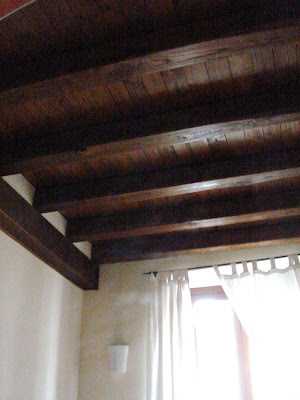 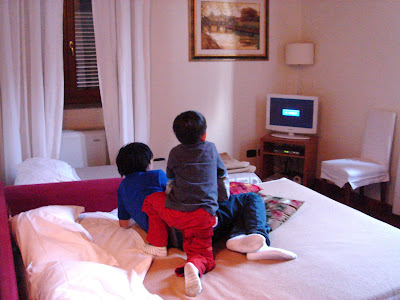 Near the Piazza Navona there is a small (morning) open market at Campo de' Fiori which used to be a meadow. In 1600, the philosopher Giordano Bruno was burnt alive by the Roman Inquisition because his ideas were deemed dangerous. In 1887 a statue was erected on the exact spot of his death, defiantly facing the Vatican. We didn't find anything of interest to buy in the market. 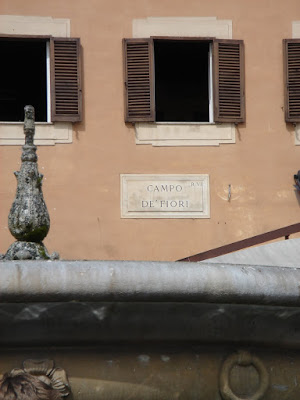 And a few steps from this market place you find the beautiful Renaissance Palazzo Farnese, former home of the Cardinal Alessandro Farnese (Pope Paul III). Michelangelo had a hand in its modifications and walking past it on our way to Trastevere for dinner one evening, we caught sight of magnificent frescoes through its open window and learnt that visits could be arranged on certain days. It houses the French Embassy and l'Ecole Française de Rome. 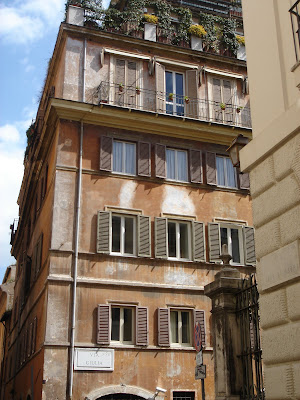 A building in via Giulia