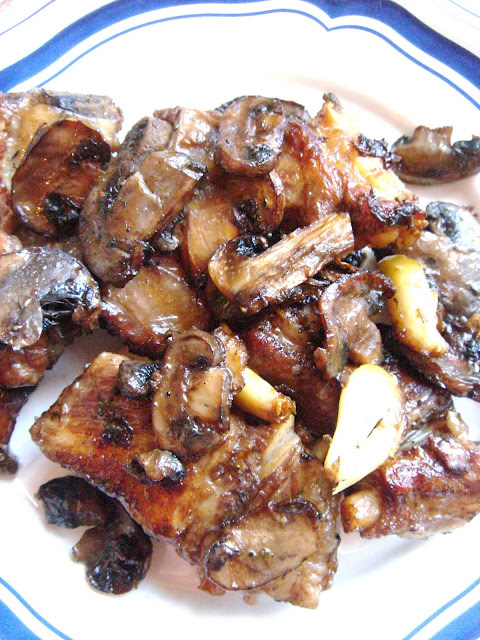 This is the way that some guy's Brazilian mother used to cook pork ribs. Only that you see the exact same recipe word for word in so many different websites you have no idea whose Brazilian mother she was. Anyway, I have just received my new gas stove this afternoon (after waiting for 2 months!) and while I wonder why I was given a Siemens when I've ordered a Whirlpool (meaning they have kept me pondering for 2 weeks over 3 different catalogues - for nothing), I'm happy nonetheless to have a new gas stove. 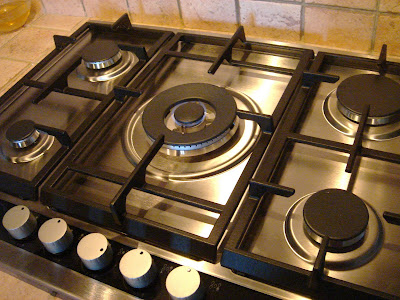 This one has 5 gas rings and looks really cool. The next family who takes over this house will be more fortunate than us. They now have metal picks almost everywhere to keep the pigeon problem to a minimum and a new gas stove. Someone will come after Easter to repaint the wooden shutters and try to isolate the windows better so that the inside of the house would be less flooded when it rains. It has taken us nearly 3 years to get there - because we know that we wouldn't be here forever and therefore didn't want to invest in the house, but we are still here and cannot continue to live with the inconveniences. Simmered the Brazilian pork ribs on this new stove. 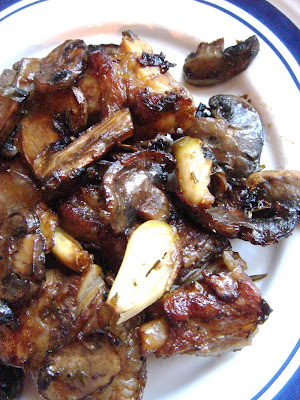 Put the ribs in a pot with all the ingredients and pour in enough water to cover the ribs. 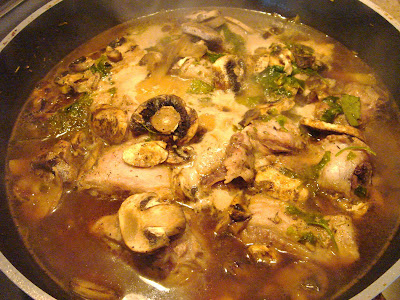 
Cover the pot and bring the water to a boil. 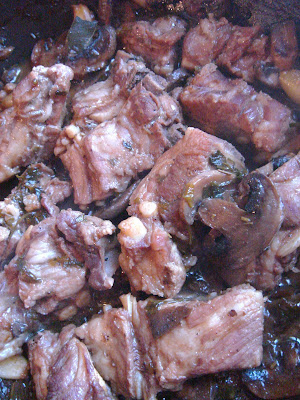 
Remove the cover and lower the heat to medium and let the ribs simmer till the water evaporates. Turn them over from time to time. Mine took about 40 minutes and I also added quite a lot (or they would too salty) of sliced button mushrooms to the ribs about 15 minutes before the end of the cooking. I would recommend this as the mushrooms went really well with the ribs.


Turn up the heat and grill the ribs in the now-dry pan till they are brown.


The ribs were tender and quite delicious. The Babies ate them up before anybody could have a go. These ribs are so similar to some of our Chinese braised ribs, I am tempted to add a touch of rock sugar or wine to sweeten the saltiness.


And maybe that Brazilian mother is Chinese after all.
Publié par Beau Lotus 涟 à 17:20

Heh, we're getting a Siemens 5-ring gas cooktop too, most probably the exact same model as the one you just got!

OH my, that looks SO good!