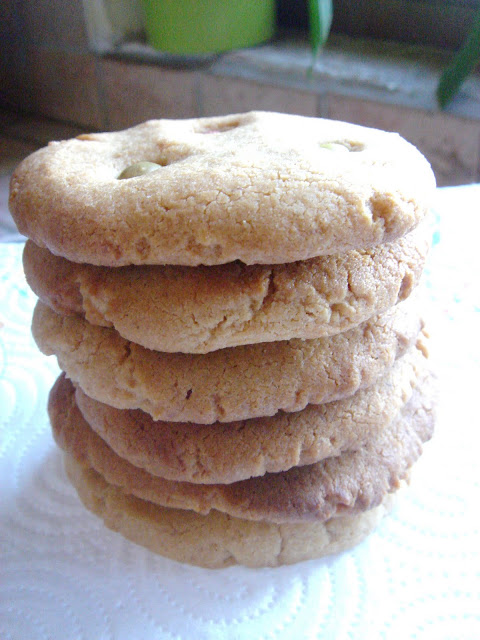 
Coffee morning was lovely at JoW's and it was good catching up with a few familiar faces. Actually I'll be seeing most of them this week at various lunches and coffee mornings. It's that time of the year when everyone feels like making coffee and tea for nice company.


We talked about this and that and at one point, I asked a few ladies what they would do if they should see their friend's husband with another woman in some sort of a compromising situation. Would they tell the friend? Sound the husband out first? Pretend they didn't know anything?

Very interesting answers - and all valid when you hear them out. But we all agree that we hoped never to be put in such a situation. It's really no-win for anybody.

There are scarlet fever and headlice epidemics in the school at the moment. I was not responsible for either of them though I am not unduly worried about my children catching (touch wood) them. Que sera sera. Nobody wants their children to suffer, but these things happen when you do not live in isolation and the important thing is that there is a cure and we know what to do about them.

In my circle, you can see that most people are quite cool about that. Some mums even help to pick lice from other children's heads, hang out with those whose children had the fever; but other parents are less cool. Heard that one group was like a lynch mob ready to attack the first outsider they heard of who could have brought scarlet fever to the school. Irony was that I knew of at least one family with the fever 2 weeks before this person came.

I had another thought in my head at this point. What do you do when you face a potential mob situation? Do you become part of the group because otherwise you may look guilty (even if you're not), or do you say, "Stop! Have you verified your facts?" even if they may turn against you first for that?

I remember reading about friendly neighbours who turned executioners in war-torn situations, brothers who kill each other over differences in politics or religion, children who turned against their parents over ideology. If you think about it, goodwill is often fragile and short-lived. It is too easy to allow your personal interest to overide all other things.

Before I left for the coffee morning, I made a batch of Peanut Butter Smarties Cookie dough and left it to chill in the fridge. I have a jar of peanut butter to finish and instead of buttering more sandwiches with that, I made cookies. 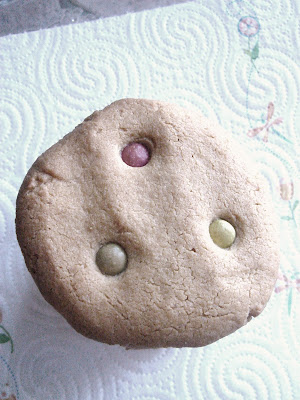 Add in the egg and vanilla extract and beat again to mix well.

In a separate bowl, whisk the flour, baking soda and salt.

Stir or beat into the peanut butter mixture.

Add the chocolate bits or smarties either at this point or later just before baking the cookies.

Chill the cookie dough for an hour before baking.

Heat the oven to 180°C and bake the cookies for about 10 minutes. 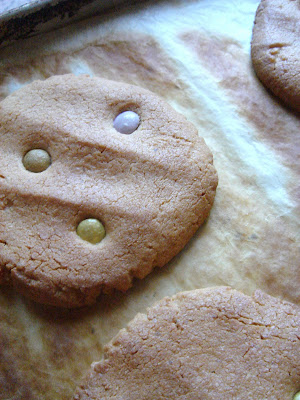 The dough will not melt or spread out alot during baking so shape a little accordingly before that.
Publié par Beau Lotus 涟 à 19:45

I gonna test this recipe this week because peanut butter is the only cool thing we can find in Taiwan! :-)
Gaelle