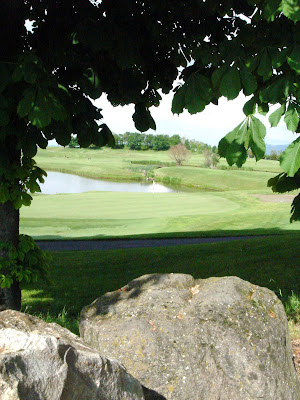 This was the third year that Hub has been invited to a golf competition at Lake Garda - and the 3rd year that he had to obtain written permission from his Golf Club to participate in it. He never found the time to sit for his test and obtain a handicap.
And my 3rd year devoting myself to bringing the kids on my own to Gardaland. I will have to watch out though, for if we're still here next year, the Teenager may play with his dad in this competition and I'll end up having to bring the Babies there on my own - which would logistically be quite difficult since most of the rides require every child to be accompanied by an adult. Aie.
Weatherman said it was going to rain - and it did drizzle a bit but weather was otherwise quite warm and sunny. We have spent a fortune on the tickets for the amusement park, but have decided to play it cool and just do the rides that we prefer since we know Gardaland like the back of our hands by now. We'll try to return to the park this Summer and do the rest. 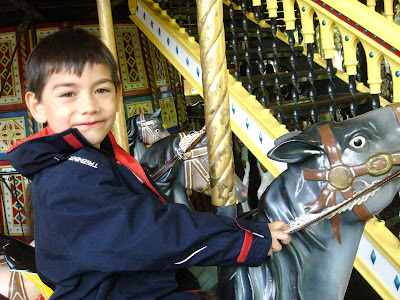 They have made a few changes to the park this season e.g. transformed the skating rink into Inferis (only for the above-14s), replaced the Time Voyagers show with SpongeBob 4D, and made the Ramses ride into some kind of shooting competition so that you end up not seeing anything during the ride except red, green and blue spots that you have to shoot at. All quite lame, if I may say so. 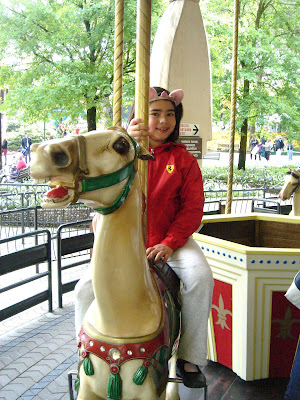 The Legend show at the Gardaland Theatre was quite good though. It basically consisted of a series of different dance styles from different parts of the world that I quite enjoyed, especially the first one that was Bollywood-style Indian dancing. The breakdancing sequence was very enjoyable too. 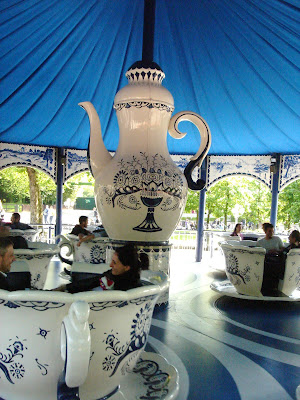 Leaving Gardaland was delicate as usual and very very slow. And we were not even in peak season. We missed the cocktails because we arrived late at the Palazzo Arzaga Hotel Spa and Golf Resort with the bad traffic and everyone was already seated at the dining table waiting for dinner to start. We were the only ones with our kids, but they were adorable and quite used to dining out so it wasn't really a problem. They charmed even those stoic ladies dressed in their huge pearls and Gucci outfits. 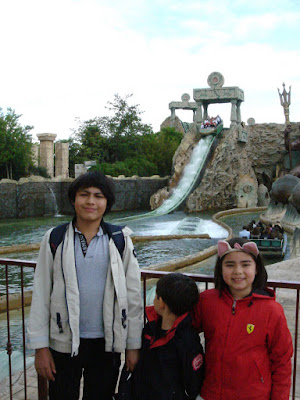 The Teenager cut his own fringe - horror!
When I was queuing up in one of the many long queues at Gardaland, I took to looking at the people (adults and kids alike) around me and couldn't help noticing that there weren't many good-looking people around. They were probably all dancing in the Legend show. You understand why when you're remotely cute and charming you get on better in life. So we probably looked at each other and wondered why we were all so ugly. Then the Teenager echoed my thoughts and actually said the same thing - out loud. We were lucky not to be beaten up by the crowd for that. Thank God he said it in French. 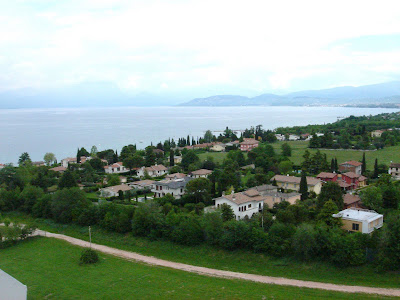 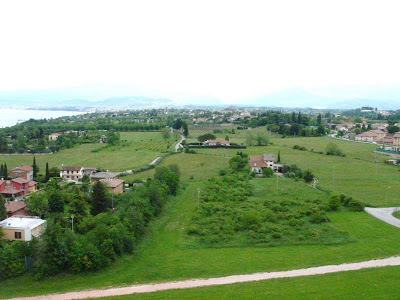 View of Lake Garda from the flying saucer
Did I mention that I changed into my evening dress at Gardaland just before leaving? Yeap, had been lugging my dress around in my backpack all day. Last year I changed in the car at the golf resort and it was too cold up there. So I figured that I should do it in the toilet at Gardaland. I wore my new colourful Beatriz dress from Spanish label Almatrichi and a pair of (new) red leather ballerines from Hugo Boss. I am very fond of Spanish designers. And this dress is free size so I managed to squeeze into it. 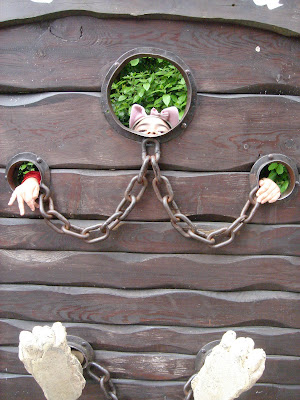 Too short to be jailed

Food was so-so at the dinner, in fact it was a little embarrassing as the kids and myself were picking out the spinach and ricotta filling from our pasta and leaving it on our plates. We liked the beef though, and the coffee ice cream. Hub, though he played badly, left with a nice gift and this year he had a box of grappa. The Teenager managed to get himself offered a small box of premium golf balls. 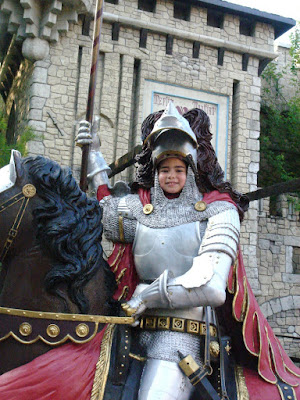 Baby Girl Knight
Hub's other colleague who was also invited chose to spend the night at the resort with his high-power lawyer wife. When you are 5 like us (and economically unproductive like me), you don't do things like this on a whim, or you'll have to eat instant noodles for the rest of the month.
Publié par Beau Lotus 涟 à 21:43