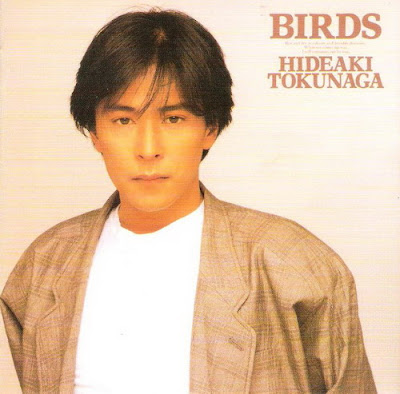 I have found a video of one of my favourite Japanese pop songs from the 1980s on Jpop Asia. Fabulous website. It was kagayaki Nagara by Hideaki Tokunaga.
When I was a teenager, I used to watch him sing this song on VHS everyday after school. That was how much I liked it then. I get des frissons each time I hear his voice. Sigh...
If you're interested, catch it on my side bar.
Sugao ni MELODY yakitsukete kimi ha ima
Kagayaki nagara otona no DOOR wo akete

So, dou you still have some "frissons" now or it became something like "verguenza ajena"?

Nope, not embarrassed for myself nor for others, I'm just transported back to my (lost) youth, and enjoying his smoothing voice all over. :-)

He's gay and he coos about love, you feel like soul sisters with him LOL