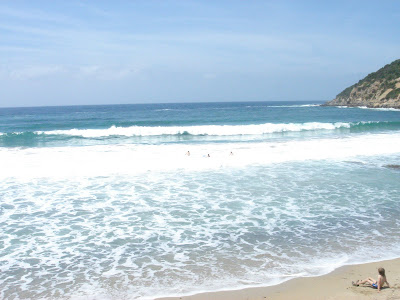 Beach at Villanova Monteleone
We decided to travel a little inland on our last day in Alghero and visited the little mountain village of Villanova Monteleone. The village itself wasn't much to talk about, but its surroundings were quite magnificent with lakes (e.g. Lago de Temo), marshes and pre-Nuraghic sites...and a stretch of beaches along the coastal road between Alghero and Bosa. It is also famous for its rare griffon vultures, but we didn't spot any. Not that I would recognise it if I should see one. 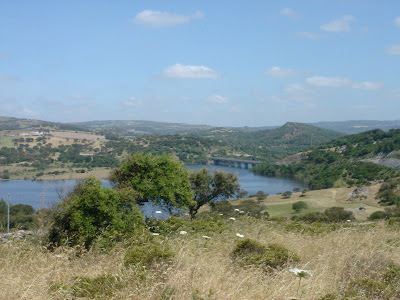 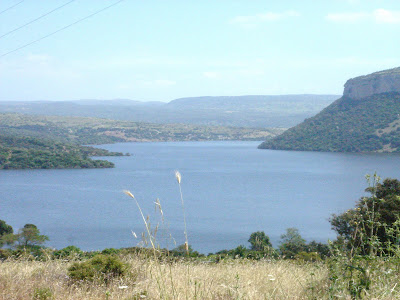 Baby Boy felt like vomitting at one point so we stopped when we could and it happened to be in front of the hypogeal necropolis of Puttu Codinu. There wasn't a soul except for the lady at the tiny hut selling tickets for the visit. She probably thought that we were there to visit - not. The necropolis had nine chamber tombs (“domus de janas”) dug into the calcareous rock and probably dated from 3500 BC. We didn't feel like visiting another pile of rocks so we skipped it. We were beach bums on this trip, no culture, molto grazie. 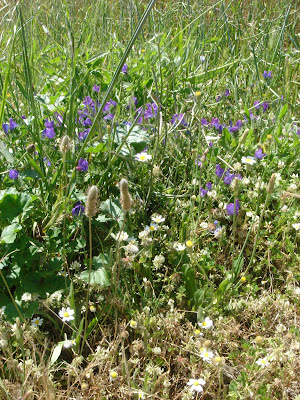 Apparently this region is famous for the breeding of Anglo-Arab horses and an annual National Horse Show takes place during its Anglo-Arab-Sard Horse Fair. We only saw cows though, wonder where the horses were when we were there. 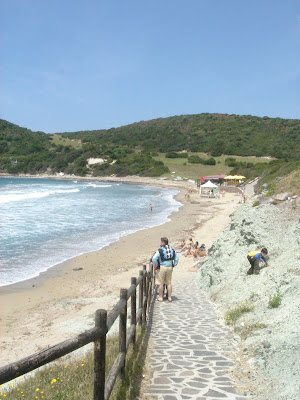 We stopped next at one of its beaches and were quite surprised to discover a shower on the public beach. But the red flag was up so we couldn't swim there. A number of tourists did though which we thought was crazy since the waves were high and numerous. Anyway I only need an hour or 2 to be tanned for the season. There is no way I can spend more than 3 days on the beach worrying about thieves and lost children, so I was glad that we were heading home and I could go back to my cactuses. That cactus re-plant I did on Margi's advice seems to be working. I am starting to have visions of baby cactuses all over the place.
Publié par Beau Lotus 涟 à 22:37