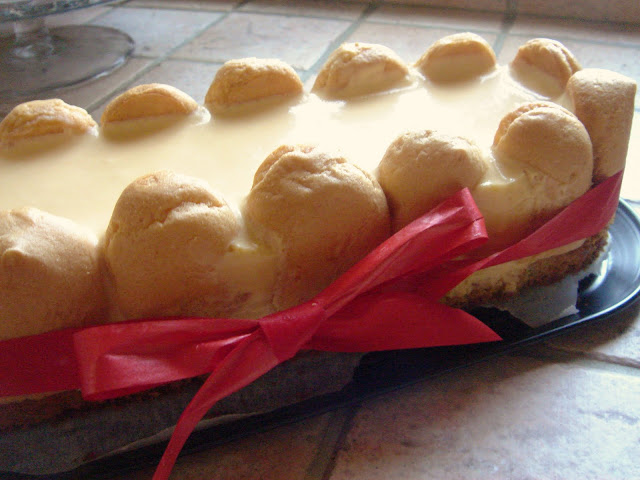 
I had an easy dessert figured out. Only to discover when I was ready to do it that I had somehow fantasized about having a few packets of large Italian sponge fingers. When in reality I only had one small packet of small sponge fingers. How could I be so mistaken? 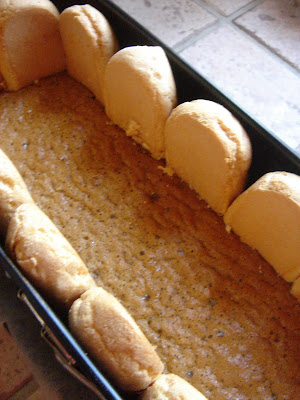 I decided that I will have to bake my own sponge base, and while I was at it, I might as well add some coffee into it. I was going to make a Passion Fruit and Cola Chocolate Charlotte. Using Maracuja and Cola Chocolate mousses. And adding gelatine to firm them up. 3 leaves for each mousse. Chill, chill and chill before serving. 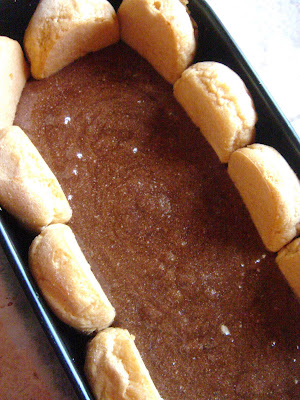 Dipped the sponge fingers in...Coca Cola. I am on a cola trip at the moment. 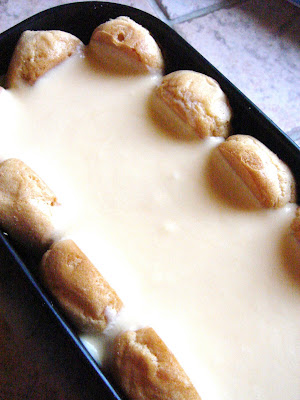 Days like this I wish once again that I had a bigger fridge. Could only make one charlotte and will have to force 2 trays of chocolate brownies on my guests. Though I think they would prefer the latter, brownies always go down well. 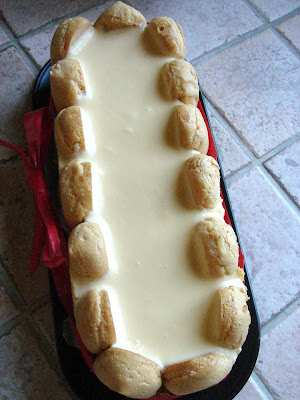 The final product - before any eventual toppings and decoration

By the way, I found those big sponge fingers I was talking about earlier after I have made my charlotte. C'est la vie. Probably only happens to me.
Publié par Beau Lotus 涟 à 16:00

Yours is so beautifull!