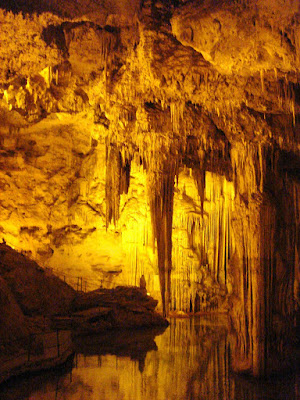 Grotte di Nettuno, Sardinia
We were away as you may have noticed. To Alghero in Sardegna (Sardinia). And I have fallen quite in love with this island, it's beautiful, a real jewel in the Mediterranean. Couldn't believe that it's only an hour away by plane and I had waited this long to visit it. 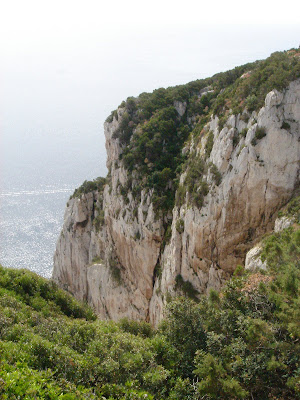 View from the top of Neptune's Cave (parking area)

We rented a car when we were there and this allowed us to visit places away from Alghero which is a small and pretty fortified port city in the North-west of Sardegna with about 42 000 inhabitants. I was quite surprised to learn that it used to be colonised by the Catalans and that a quarter of the population still speak a Catalan dialect today. 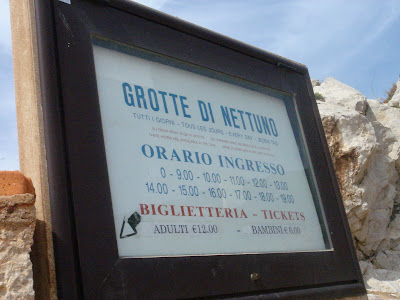 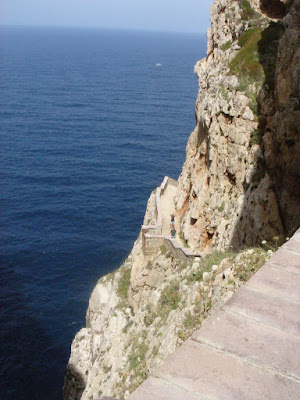 See people climbing down or up below
We felt that for a southern-sphere city Alghero was surprisingly clean and we even felt quite safe there compared to when we were in Sicily. The airport is about 10kms from the city centre and the roads were in reasonably good conditions for driving. However, we noticed that there were not many petrol stations around and that prices were higher than on the mainland. There isn't much industry on the island and it depends largely on tourism. 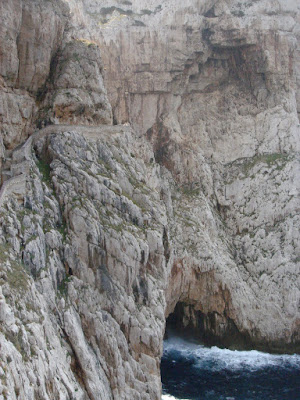 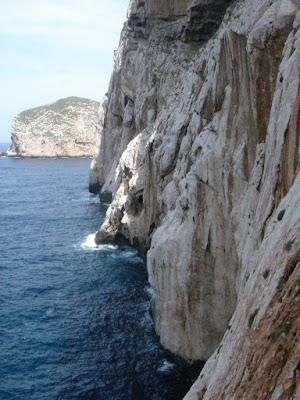 Views on the way down

One of our first excursions was to the Grotte di Nettuno. You can take a boat from the main port (and risk the choppy seas) or drive to Capo Caccia and walk down 659 steps to the cave. We chose the latter since I get seasick easily and we liked the idea of some exercise. 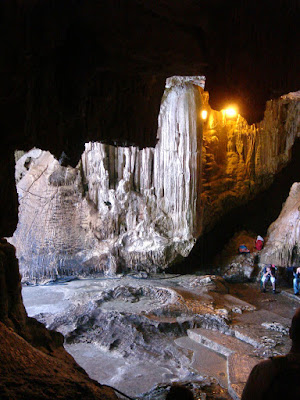 On the left is where the tourist boats arrive 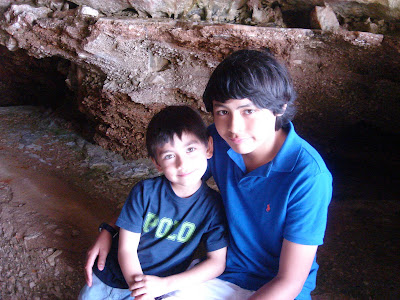 My handsome boys waiting at the entrance to the cave 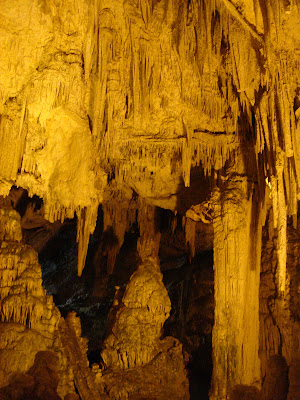 The walk down was beautiful and worth the trouble in itself. Just note that visits (all guided) take place every hour and if you arrive before or after you'll have to wait. We waited nearly an hour, unfortunately. It costs 12 euros per adult and 6 euros per child (3-12 years) for the guided tour and having visited quite a number of caves in different parts of the world, we felt that this wasn't worth the price though it still is a beautiful cave. 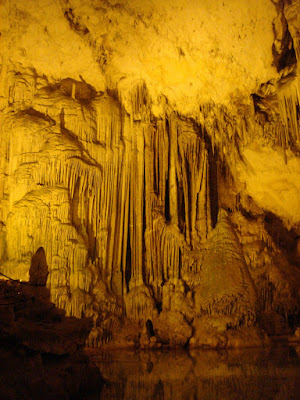 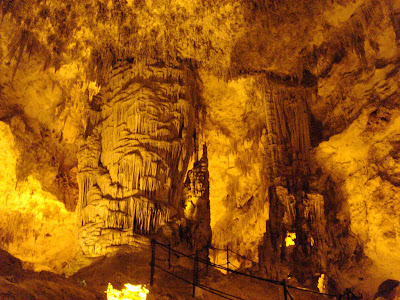 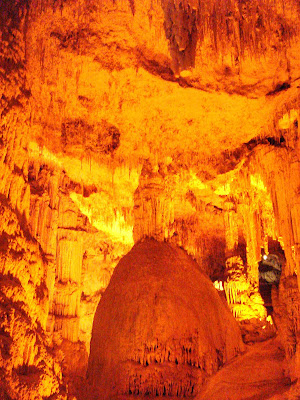 The "Cathedral"
A few fishermen discovered the cave in the 14th century and watermarks showed that it used to be more submerged than it is today. It dates back at least 65 000 years according to our guide. 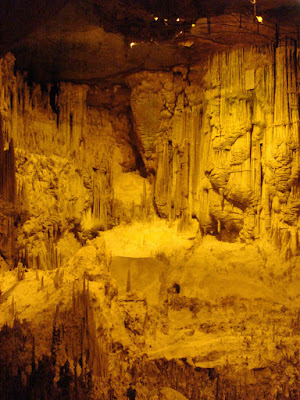 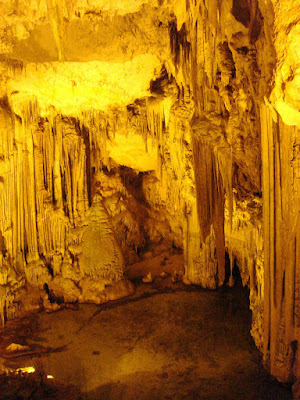 The climb back to the top was painful as 659 steps in the sun were not nothing. Baby Boy was the fastest and Hub overtook me at the very last step (actually I let him) so that he wouldn't be last. 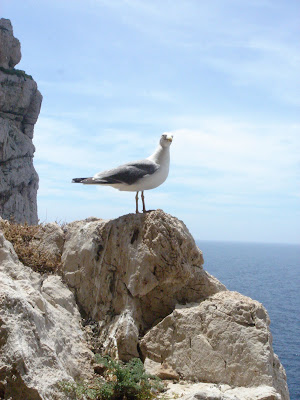