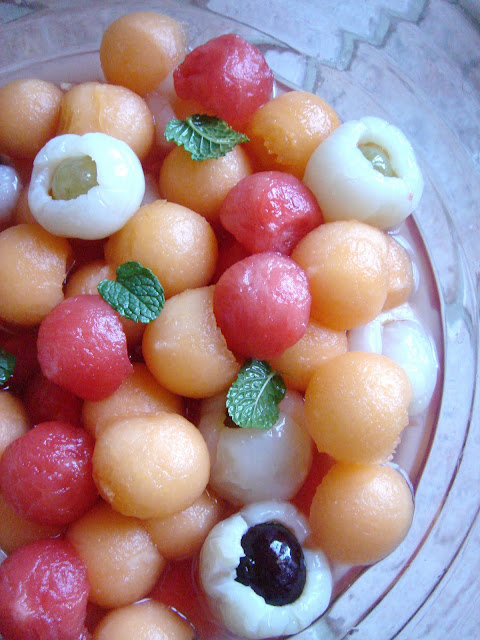 I am pretty pleased with myself. Because I drove to Bologna yesterday. Instead of parking at Ikea and taking the bus as I'd thought of doing earlier.

Cities like Bologna make me nervous because of the heavier traffic and the cameras guarding the entrances to the old parts of the city. I also fear not being able to find parking space, of course.

But what the heck, I've not taken public transportation in a long while and hate the thought of doing so in the heatwave. So I just niked (i.e. just did it).

Parked near this Indian restaurant Taj Mahal that I've been meaning to try out for a while now and had lunch there with the Babies. We had cheese naan, mutton karay, tandoori chicken and mango lassi. The food, according to me, is better than at Ristorante India. Though the restaurant is less sexy. The tandoori chicken wasn't dry like at most places and the mutton was tender and came with alot of gravy. I would consider going back for a 2nd opinion.

Went to buy coffee at Nespresso as we were running out and managed to buy a pair of shoes along the way. Sale time, pity we couldn't hang around to check it out as I had to pick up the Teenager from a play date in Modena. Was disappointed though that they didn't have the grape seed body cream that I was looking for at l'Occitane en Provence. I fear that they may be discontinuing the line - a tragedy as I love this cream.

I could have left the kids at the summer camp starting yesterday, but when I was told that they would be going to the public pool at Maranello, I knew that I couldn't do it. Why would they want to swim with the screaming masses when they are members of the golf club with a big pool just for a selected few? So after Bologna I drove them to the golf club and saved myself a few towels to wash and dry.

It's so hot I have no mood to cook. Hub prepared a salad for himself, I made the Babies chilli and garlic pasta and for myself tofu with salted fish. Then we all had a large Melons and Lychee Salad. That I have put together this morning and chilled in the fridge for a few hours. Very refreshing. 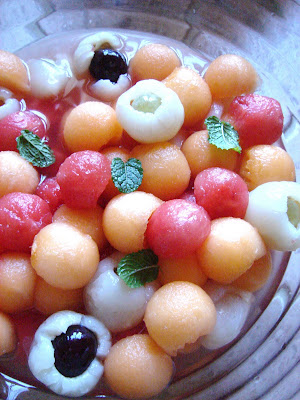 Basically just put all that's round together. Include the syrup from the canned lychees and the juice from the watermelon. The melon came from the farm and the cherries were probably the last for this year - found them at a roadside stall in Vignola on my way to Bologna.

I wouldn't have to cook either this evening. We are going to a poolside dinner party at the golf.

Ohhh, I love the way you shaped the melon into round pieces. Did you use a spoon for that? Or how did you do it?

They were not really round as I dug them out any-o-how.

Used what is known as a Parisian spoon to do it. It's meant for scooping out melons and watermelons.