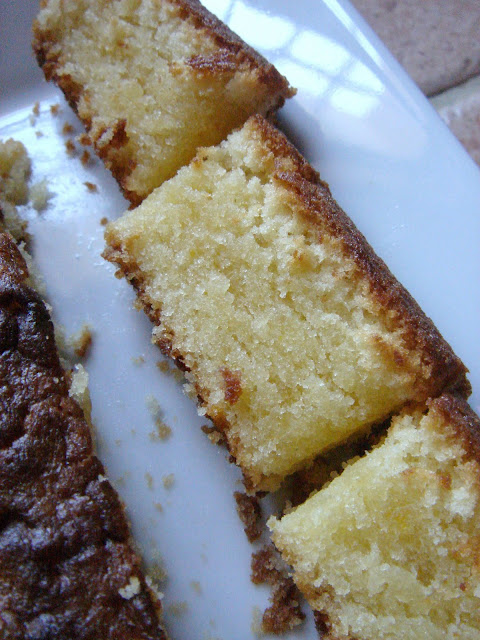 Hub and the Teenager left this morning for their very first golf competition at our golf club. It's the quest for a handicap and wouldn't be easy from the look of things. Hub's a talented player, but doesn't have the time to practise or play.

I remained in bed to finish a book and then started to marinate chicken and salmon for tonight's BBQ dinner. Out of the blue decided to bake an Orange Butter Cake adapting a recipe from Little Teochew. This way, if the boys should get a handicap, we'll have a cake to celebrate with; if they should fail, we'll have a cake to comfort them with. 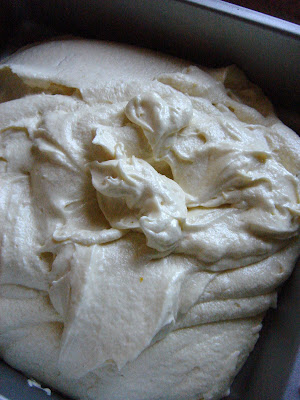 I think I've followed her recipe quite faithfully - as much as I'm capable of following a recipe. Hub often complains that I'm an imprecise baker which definitely explains why I'm such a failure in this department. 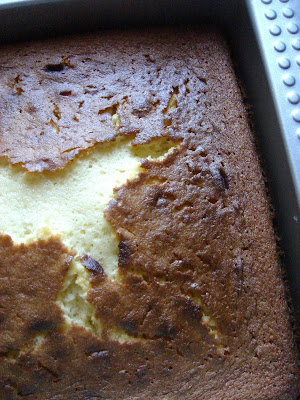 I've added 2 Tsp of Orange extract and 1 Tbsp of Grand Marnier to the recipe and may not have used the exact amounts of flour, sugar, orange zest and butter. My milk was also half-fat today as we happened to have opened this packet. If I'd baked the same cake tomorrow, I would have used whole milk...I baked the cake in a 10x8 inch baking pan as I didn't have a small round one. Cake would have risen more in a smaller pan. 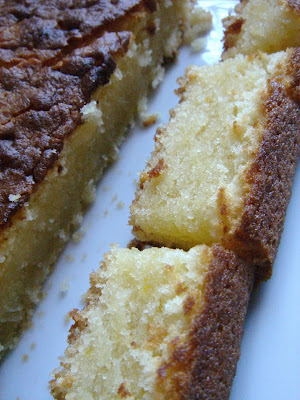 The cake was quite good, all orangey and buttery. My top cracked (like do I never have a bad hair day?) and I've probably not cooked it enough (I lost track of the time), but it was yummy. It was like a buttery version of my favourite orange chiffon cake.

The boys didn't get their handicap and Hub was red like a (cooked) lobster from over-exposure to the sun. But they didn't expect to succeed on their first try anyway so it's ok.
Publié par Beau Lotus 涟 à 14:36