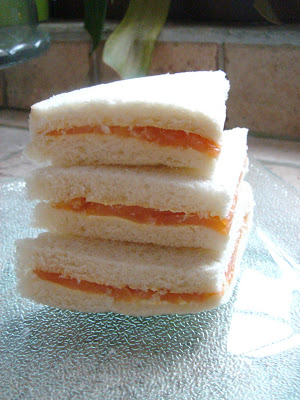 Smoked Salmon Sandwiches
When we were living in Andalusia, we often wondered why we were rarely invited to our Spanish friends' homes for a meal. Over time we would understand that that was because they rarely dined indoors with friends, preferring to grab a bite in a tapas bar when there was company.
In Germany, our German friends rarely invited too. Especially not to dinner since most Germans in the south like to have a cold meal in the evening. I was told that an Italian colleague of Hub's was once invited to dine in a German home in Reutlingen and was really excited about it. At 6pm, she was called to the table where they had some cream cheese with berry coulis - a nice afternoon snack thought she. But when nothing else looked like coming after 8pm, she finally realised that what she had before was actually dinner.
We didn't fare better in Modena. Whether at home or in a restaurant they like to eat pasta. And most Italian women work nowadays, so not many know or have the time to cook. Every time we did a pot luck, our Italian friends would either ask their mothers/aunts to cook or buy something from a shop.
But you will tell me that I seem to be going around alot eating in other ladies' homes. Which I did. But they were mostly our fellow expat friends and the most inclined to entertain at home were often French or Asian.
I did a dinner for 14 last Saturday at home. With 2 German families who have become rather close friends over the years. I told MB that I will miss her alot when I leave and I meant it. My heart is starting to feel heavy even though I am looking forward to the change.
The expat community in Modena is particular. With only one international school and a few companies hiring expats, you will know almost everyone with a child who's of school-going age here. "Are you from Tetra Pak or Ferrari?" is often the first question that we would ask a new arrival. And since most women in the community do not work, you'll be seeing quite a bit of each other (the ones you have affinity with) in the week and often also on weekends. After a while, you may even go on holidays together.
What I like about the expat community is that most people are well-off without being ostentatious about it. And we come from everywhere and are usually open to new faces, always happy to welcome someone new to the fold. You may get sick of eating pasta after a while, or not having exciting places to shop in; but you will enjoy the friendships that you will make here. 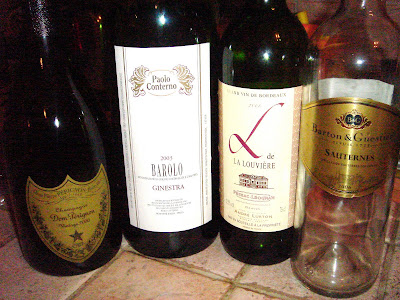 The empty bottles the day after
Hub spent quite a bit of time checking out the wines in his cellar for the meal. To make his job easier, I promised to cook a French dinner (click on some of the dishes for the recipes) :
Smoked Salmon Sandwiches
Bruschetta
Fried Ham and Cheese Won Tons
Baked Sausage Rolls
Dom Pérignon Champagne Vintage 2000
Foie Gras & Porcini Raviolis with Aged Balsamic Vinegar 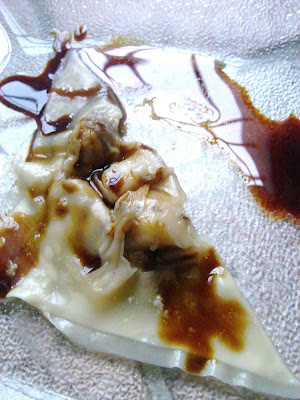 Paolo Conterno Barolo "Ginestra" Magnum 2003
Camembert "La Rustique"
Pane di Genzano
L de La Louvière Pessac-Léognan 2000
Tarte Tatin
Brownies
Ice Cream
Choice of Digestives from Hub's private collection
Just like it is wonderful sharing good bottles of wine with those who love the grape, it is motivating to cook a good meal for those who appreciate good food. I found lots of pleasure preparing dinner for this group of friends, as much as I've enjoyed sharing the meal and the conversation with them at the dining table. 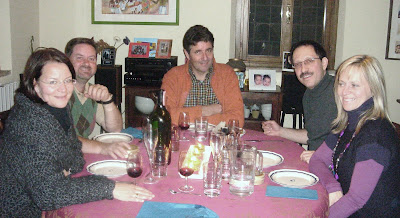 Porcini season is almost over, am having more and more difficulty finding the mushrooms fresh. That I will miss too when we leave Modena.
Publié par Beau Lotus 涟 à 20:15

What a wonderfull menu ! It is shiok !!!
:-) Thank you for your passage by my singapore Laksa. (Its my favorite soup.)

OMG. I want to be your friend and eat amazing foods!

I think I missed a post or something. You're moving? When? Where?

It's not official yet, but we'll know for sure in a matter of weeks.

We should be leaving Europe for somewhere in Asia - to new adventures!