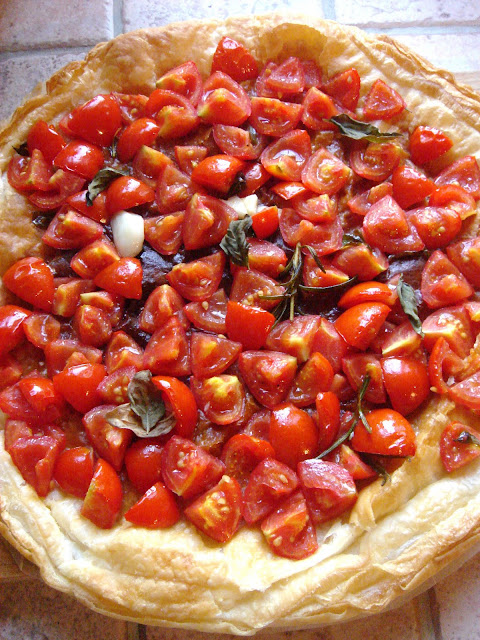 I have not read Amy Tan (e.g. "Joy Luck Club") for a number of years and decided all of a sudden to check her out again. Ordered two of her latest books ("Saving Fish from Drowning" and "The Opposite of Fate") one of which is an autobiography of sorts.

I am drawn to her writings because I am "western-educated" like the writer, but we also grew up in Chinese families with mothers who were superstitious and who often felt it necessary to warn us against all the dangers that could befall us if we do or do not do certain things; Mothers who believed in the supernatural and the afterlife; who believed in fate and yet had faith that we (the children) were destined for greater things.

As I was reading Tan, I shudder over her account of the Ouija board that she would use so often to help her mum obtain answers to certain dilemmas in life. To those who have not heard stories about the ouija from their mums, it would just be another board game from the Parker Brothers, but I still remember what mine had told me of the spirits who had been summoned and who wouldn't leave in peace. I am reasonably logical and I believe that everything in life could have a scientific explanation, but I also feel that there is room for the unexplained, my upbringing having planted more than the seed of doubt (in the absolute nature of the former).

Do you believe in premonitions and the afterlife? Tan's story about how her friend Pete dreamt of his own death before it happened was eerie, but unlike Hub who had been brought up to not believe in spirits and in the supernatural and who would without any doubt dismiss it as utter rubbish, I, not for the first time in my life, spent some time wondering about the mysteries of life and how one's belief is so shaped by one's upbringing. I also wonder why we see or at least feel spirits so easily where I came from, but wouldn't even think of it where I'm living in now. The only ghost in these parts as we know is the Holy Ghost.

Hub thinks that seeing is believing, but isn't it also true that if you don't believe you may not see?

Anyway that's what I've been up to lately, finding yet another excuse to not fold the mountain of clothes that I've washed and dried in the past 2 weeks. I read, I muse, I cook and I eat.

I've been having a love affair with something I usually refuse to eat i.e. raw tomatoes. I pick out tomatoes in my salad, I hate tomato ketchup and will only eat tomatoes in the form of home-made tomato sauce. But I love Bruschetta. And after our recent weekend in the Piedmont, I especially love my bruschetta when it's made with freshly baked foccacia.

Once I got started with the olive oil, garlic and herb-marinated tomatoes, I decided to marry them with my beloved puff pastry and so we had Tomato Tart for tea yesterday. Yum yum... 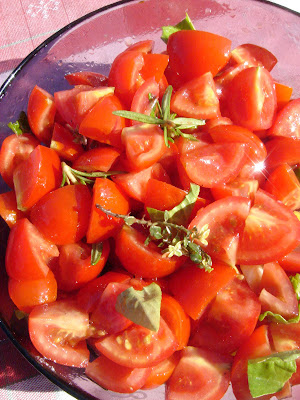 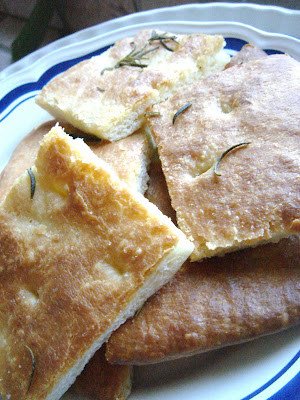 Put everything together in a bowl (except the salt - or it'll drain the juice out of the tomatoes) and marinate for a few hours before serving. Cover with clingwrap. Sprinkle in the salt just before serving. Goes really well with freshly toasted country bread or freshly-baked foccacia. I used Buitoni's ready-made foccacia dough and improved it with salt, olive oil and rosemary before baking it in a very hot oven for 10-12 minutes. My guests at my last class lunch seemed to love it. 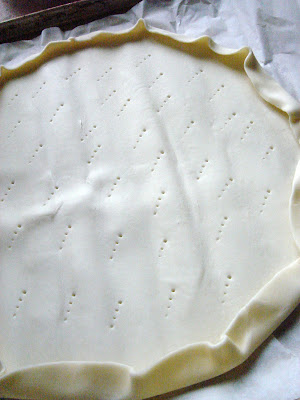 For the tomato tart, heat the oven to 180°C and bake the puff pastry (bords rolled inwards and dough pricked all over with a fork) for 10 minutes. Remove from the oven and spread the tomato filling (minus the juice) on it. Return to the oven for another 10 minutes. Serve hot. 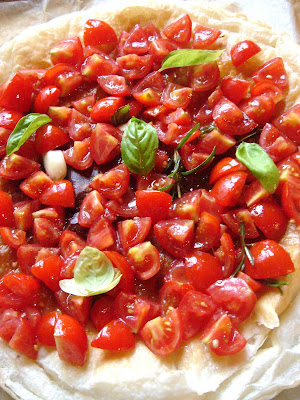 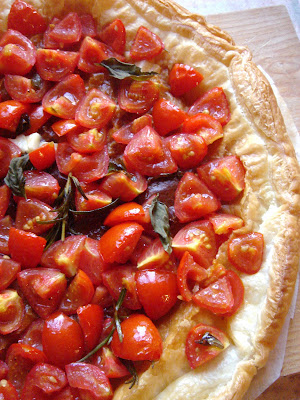 Well, I had a friend's Mum, who had her house exorcised by a catholic Priest for playing with Ouija board. My "spirual" friends always warn me to stay away from that "game". According to them, you attract "des esprits farceurs" who have not been able to move in the upper planes of the spirutal wolrd. They are too happy to play practical jokes ... Boh? In the doubt, I stay miles away from it!

That's what my mum told me too, the wandering spirits who couldn't move on are usually attracted to people using the Ouija. And it'll be quite painful trying to get them to leave.

Apparently we used to have neighbours who had this problem when I was little. I still remember some of the stories mum told me about them.