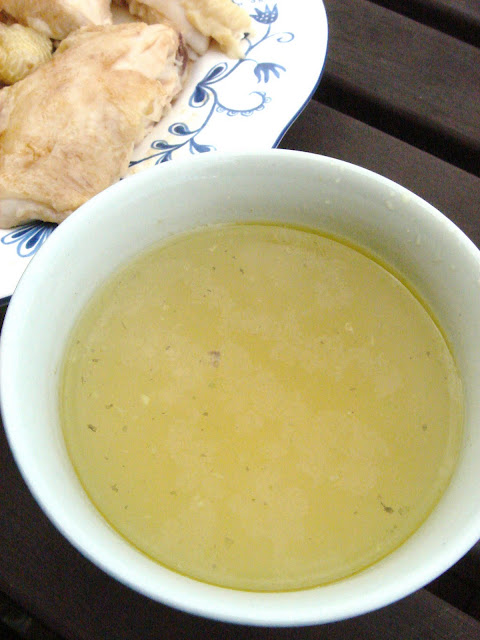 I was thinking of Selena. We were in the same class in Primary school (P2 or 3) and I still remember her head full of tight curls and her tendancy to walk with her tummy up, like a pregnant little girl. She had marked me where curls are concerned. Told me that hers came from twirling them tightly with a pencil all the time, and I believed her - for at least 2 decades.

I could never look at any head with short tight curls without thinking of Selena. And wondering if they too got their curls from twirling them tightly with a pencil all the time. When I finally had to accept that most curls like that had to be natural, I was already a woman in my late 20s with recurring nostalgic dreams about little girls from my past.

Actually Selena probably was the "pregnant" little girl with dark skin and a straight bob, while X (couldn't remember her name, but could vaguely see her face) was another classmate with the short tight curls, but somehow in my memories today they often roll into one and the same person...If you were from Balestier Girls' School (Singapore) in the late-1970s/early-1980s when Ms Han (always dressed in a cheongsam) was the Principal, drop me a note. I started out in Primary 1B and was then in 2A, 3A, 4A...BGS was also my mother's alma mater, if I am not mistaken.

I searched Facebook today and found the Primary school that I was transferred to in 1983 when Balestier Girls was demolished. There was a discussion thread started by someone from the pioneer batch and I probably knew her. Funny enough, she also knew 2 of my former colleagues from MND. She mentioned a boy whom I also knew and I realised that he went to junior college with one of my cousins. What a small world...

Ah...nostalgia. Anyway, to celebrate Alonso's/Ferrari's win at the Singapore Grand Prix, I've decided to make Herbal Chicken Soup and Hainanese Chicken Rice for dinner. Now we're on track for at least the Driver's Title, it's always nice to have hope again. 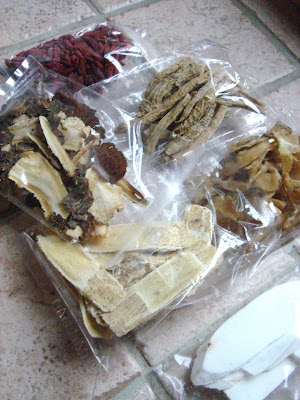 Used judiciously, for example by adding dried fruit for sweetness, they even add a pleasant taste to your soup and can become quite addictive with time. My European husband and children love it and were wondering why I didn't make these soups more often. I didn't want to feed them too much tonics, lest they become too healthy. :-) 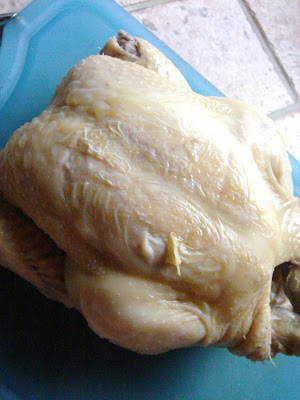 I have bought a few packets of Chinese herbs when I was in Singapore last year and use them sparingly to make the occasional herbal chicken soup. Basically one could boil the chicken with the herbs (I put them in 2 large teabag filters) in a few bowls of water for 2 hours till you get a reduced, rather dark and dense soup; or one could add alot of water and get a lighter, more subtle soup. I dislike eating very boiled chicken so I basically cook my chicken in the herbal soup the way I would when making Hainanese chicken rice, remove the meat from the chicken and then return the carcass to the soup to be boiled for another 2 hours. 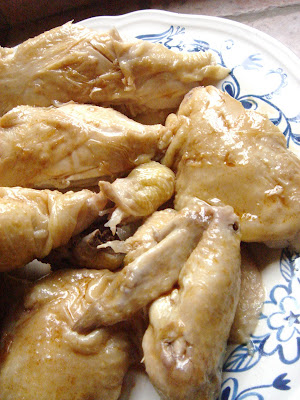 Chopped up and brushed with soy sauce and sesame oil

I served the soup with rice (boiled in chicken stock, garlic and pandan leaves) and the chicken. Hub caught Babinette in the kitchen at 10 in the evening trying to finish the meat on the carcass (from the soup), which goes to show how much she had enjoyed her dinner.
Publié par Beau Lotus 涟 à 15:54

I just cooked chicken rice too, last Wednesday. :) Go Ferrari Go, so S can have her party too!!!