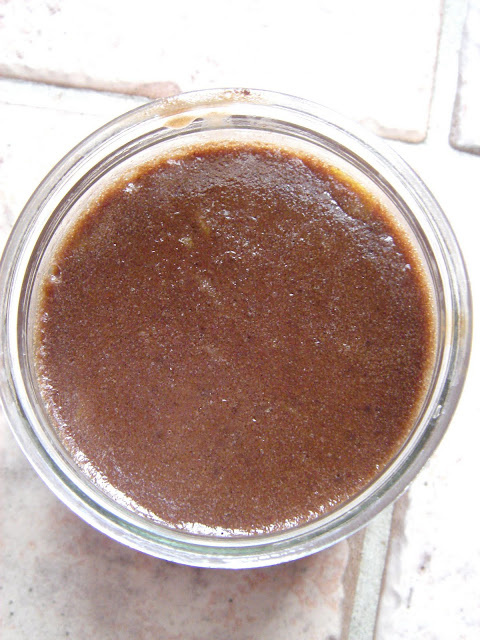 I was thinking of my late maternal grandfather as I was driving to the Italian lunch today. He died in October 1988 at a rather old age. Still, I sometimes ask why he couldn't be younger when I was still a teenager. 16 was very young for one to lose a beloved gonggong.

I've spent my early childhood between my Malay babysitter and my gonggong. Who went with him to the cinema? I did. He would buy only one ticket for an aisle seat (for himself) and then spread his Chinese newspaper (that he only bought for the 4D results) on the floor beside him - for me. Then he would snore during the movie while I watched it. Very often I would need to go to the loo and he would bring me there - and tear out a page from his newspaper for me to use as toilet paper. Once in a while, you'd find a group of young men singing me this jitty in the movie hall :

(Translation : You are so pretty little Miss, here's an invitation to the movies this evening; I'll sit on a chair while you sit on the floor, I'll have a banana and you can have the skin.)

And who spent her time with a group of old folks in Toa Payoh central (near the library) because that was where gonggong met his ah pek friends daily? Well, those days we didn't have to do too much homework - yet. I couldn't read or write when I entered Primary 1.

Grandpa walked me to Secondary School and back everyday (for 4 years). And he died the year I graduated - good timing if you wish since I would need to take 2 buses to attend Junior College the year after. I didn't see him after he died (in hospital) - so I only remember him alive. Dipping his soda cracker in his bowl of milo. I went on purpose to Temasek JC's open day (even though I already knew I would go to National JC) so that I wouldn't see him dead. Once they've closed the coffin, they wouldn't open it again. In my memories of my grandpa, he is always alive and kicking and I guess that that was how I wanted it even then.

I just want you to know that 22 years on, I am still very sad that my gonggong had to grow old and die like everybody else. I miss him very much.

Needing some comfort food, I found chocolate. Petits Pots de Crème au Chocolat. Used to buy them by the dozen from La Laitière when we were living in France. Very rich, but so very good. 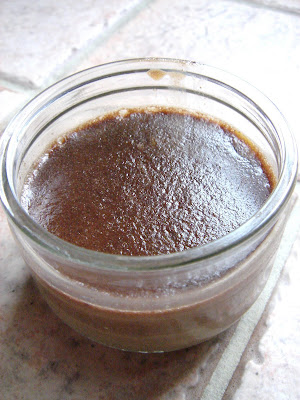 Heat the milk, cream, chocolate (shaved or in small pieces) and sugar to a very gentle boil. Mix everything well together.

Beat the egg yolks and egg with the salt till just mixed. Gently stir into the chocolate mixture. 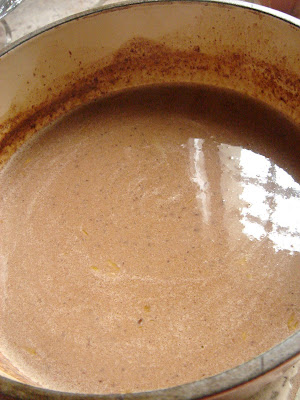 Pour the egg-chocolate mixture into ramequins, filling them up to maximum 3/4 of each ramequin. Place them in an oven dish. Fill the dish with water - enough to reach 3/4 of the ramequins. 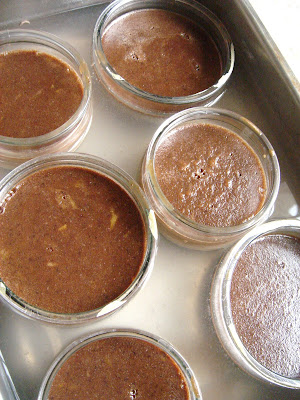 Just out of the oven

Bake for 30-40 minutes in a preheated oven at 150°C. The custard should be slightly wobbly. 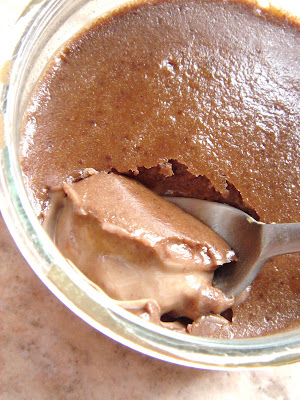 Cool them in the open before chilling them for at least 2 hours in the fridge. Serve them cold.
Publié par Beau Lotus 涟 à 18:09