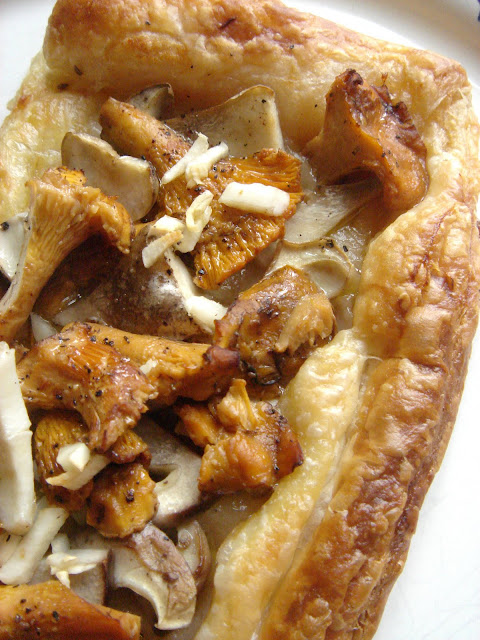 If time doesn't fly, it passes quickly enough as you will surely agree with me. Except when I was at the gym. Every second labours to get on its way when you are on a machine of some sort. Which probably explains why the majority of the clients there (at least in the morning) are above 60. A good way to retard the passing of time, maybe even cheat death.

Not that I go to the gym very often. I still have more than 20 entries on my card - from more than a year ago. The last time I was there was so long ago they have installed new showers and wall paintings and I haven't even seen them start on the renovations.

The day I made the resolution to start going to the gym, I was surrounded by a few women who almost lived in it. They have either fabulous bodies or have lost 10 kilos after starting to exercise. But 10 minutes on the treadmill and I was 1) bored 2) tired 3) hungry. On average it took me 30 minutes to burn 50 to 100 calories on one of those machines. And 5 minutes popping something into my mouth to more than gain them back. If only spending and earning money work in the same way...

Bref, I quickly lost interest in the whole enterprise only I haven't found a way to get rid of my gym entries. I even bought more so as to extend their expiry date. Then I remembered that I needn't go to the gym to exercise - I can also go there to shower and relax. My gym is one of the best in Modena - with sauna, jacuzzi and Turkish bath. Though none of the regulars seem to enjoy them - they literally spend hours on the machines and in the exercise classes. Aarrgh.

So I was there this morning. 10 minutes on the bike, 10 minutes on the treadmill, 15 in the jacuzzi, 10 in the sauna and 5 in the hammam. I toyed with the idea of joining Pietro's Corpo Libero gym class - but the feet refused to make their way there.

During that hour spent in the gym, I had this desire to make and eat Mushroom Tart. It's mushroom season now, that's why. 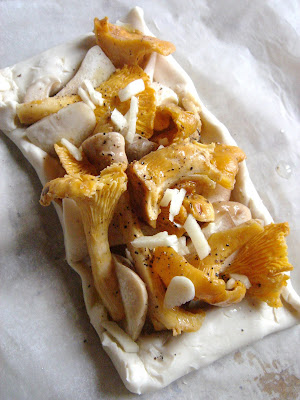 Go ahead and pile the puff pastry squares or circles with mushrooms as they will reduce during the baking. Add the herbs, garlic, salt, pepper and olive oil. If you want to minimise the amount of liquid rendered by the mushrooms during the cooking process, cook them quickly in a frying pan and drain the mushrooms in a sieve before filling and baking the puff pastry with them. I like some moisture in my tart so I baked them raw.
Publié par Beau Lotus 涟 à 21:28