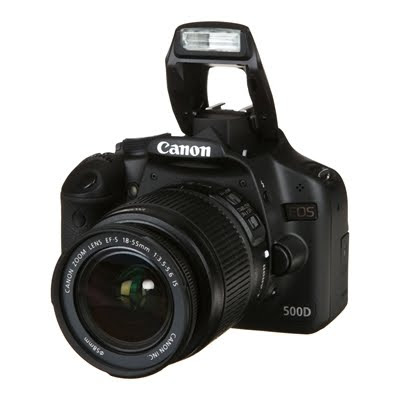 Canon EOS 500D with EFS 18-55 Lens
If you know me by now, I am like my mother in many ways. Like if I couldn't decide between 2 things I may end up buying 3.
I woke up this morning and decided that I needed a new camera. Do not get me wrong, I am not going to abandon my old and trusty Sony Cybershot DSC-T5 that I have been having for donkey years now. I've spent a part of my childhood writing English compositions pretending to be a lost or abandoned pencil, so I have a lot of respect for inanimate objects. I have lost my nice pink Parker 3-in-1 pen the other day and I am still mourning its loss, wondering if it's lying alone in a drain or being abused by some gipsy. Where are you, pen?
I just felt that my camera needed a sibling and/or friend. I've been toying with the idea of a reflex camera for a few months but my reflexes being quite slow in general, I haven't found the money courage to go ahead and buy one. And then ever since Tati lent Hub her camera to take pictures of the girls underwater, I've craved for a water-resistent camera... 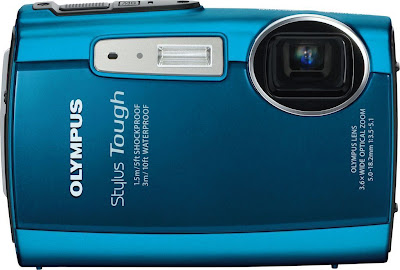 Well folks, I've acquired non-identical twins this morning : Olympus MJU Tough 3000 and Canon EOS 500D with EFS 18-55 lens. Since I take pictures without ever finding the time to print them out, I'm sure I'll have fun (and space) trying to use both cameras.
My birthday is coming up in a week, so I'll try to pass them off as my birthday present.
Publié par Beau Lotus 涟 à 09:36

It is so funny that you mentioned you want to try to pass it as yr B'day present.

My hubby just got back from Tokyo last week and bought Nikon D200 and try to past it as my advance Christmas Gift when he knows very well that I know nuts abt camera, having a hard time operating my hp as it is. :)

your sony not so old lah :) but anything is good excuse as birthday gifts hehe

Awesome!!! Looking forward to more pictures from you.

Hi Misa, is your Hub some photography Pro? I know nuts about camera but the Nikon is one of those complicated cameras, isn't it?

I was told that the Canon EOS500D is an easy camera to operate so let's hope that it's true as I am really bad with mechanical things. It took me 3 years to discover the portrait function in my Sony...

First off, congrats! Ok, I have the same Canon but know totally nuts about taking photos and same with hubby. We have an awesome cam but useless photographers and both don't seem to have the knack for learning how to operate it. I guess we probably thought that a good camera could work itself? But guess not. Lol.

Have fun with them and we too have one underwater cam that has never been used underwater. That belongs to the girl from her present last Christmas. ;P

Shucks, D, I thought you mentioned the camera being easy to use when you blogged about yours last year!

Well, I'd better apply myself then when the cameras are delivered to the house.

Hubby just love to take pics , He a professional photographer? Not. I think he believes he is!!!.

Hey , you going away soon. Where??? But you will continue doing yr blog wherever you are right? , Trully enjoyed your blog and I can relate to most of them .. at times it put a smile on my face after reading your wonderful adventures.. Tu sei bravassima anche forte, maybe one day I will have the luck to meet you in person.

It's not official yet (give it another few weeks) so I can't mention. But it'll be in Asia and no, I don't think I can blog there.

But I'll figure something out, still need to find a way to keep family and friends informed and to keep writing as I need to do that to keep me going.