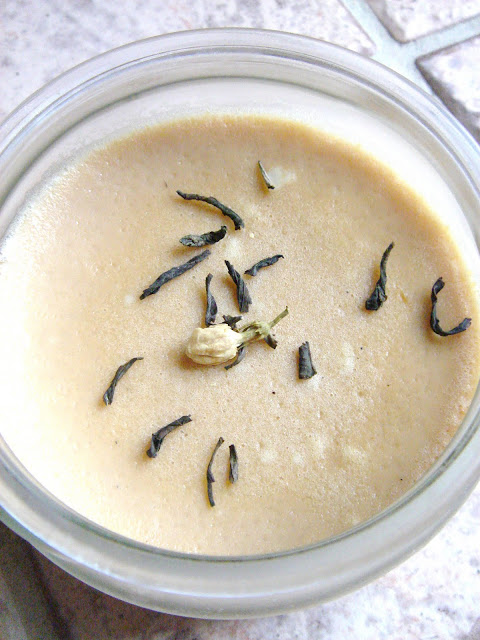 Hub sent me an article from Le Monde about Facebook, how dangerous it is becoming and how we could modify our behaviour after being on it. But not being on FB is a bit like not moving with the times, and in any case, we're now being warned against so many things from the food we eat, to the clothes we wear, the education our kids receive, the programmes we watch, the transportion we use, about the harm we're doing to the environment, the language we employ etc...one would soon become blasé, see fatalistic, about the dangers of living.

Besides, we are being watched/tracked all the time anyway. Immatriculation numbers for births, schools, clubs, cars, taxes, loyalty cards...bank accounts, email, IP address, shopping at the supermarket, walking in the street, stalking blogs, the list goes on. See a tall and handsome rugby player bringing his kid to school - google up his name and you may know all about him, may print out his picture and sleep with it if you so wish. And in addition you also know his wife and children. (For the record, I've done none of that - am not into tall muscular men!)

My children are growing up in the FB Age. When I left school as a kid, I also left most of my friends behind (and found some of them lately thanks to FB). Today, the Teenager has probably more friends than me in his FB account (he's probably also less discriminating). Though I have not gone on his page to check him out - wanting to respect his privacy even though I am his authoritarian mother. However a number of mothers have told me that they made it a point to control their children's FB pages and I am beginning to feel like a bad mother for not doing so. What if he should fall into bad company, be bullied virtually...

Yesterday a friend told me that she reads the boy's pages from time to time and was surprised at the kind of language that some of the children employ. Fancy even my friend reading my son's page! After asking him a few questions, I discovered that even really "good" children employ "adult" language when they are on FB. And visibly the kids' mums must not be aware of that or surely they'd have freaked 0ut by now.

I do not see any point in forbidding him from doing this or that. I just told him a few real horror stories (that I've been following in the tabloids) and asked him to think of the consequences of whatever he should do or say. That at his age he should watch and choose his company carefully. If you've been following the tabloids, the weirdest things do happen in life. And you can only hope that they wouldn't happen to you.

Needing to be a bit more zen after all that excitement, I thought to make a few pots of Cream with Green Tea and Jasmine Petals. The operation is a little delicate as the idea is to infuse the cream with the tea leaves and not let anything else overwhelm the perfume and the taste. Only for those who love tea as the taste takes some getting used to. Can also be made with other kinds of tea notably Earl Grey.

Bring the milk to a boil with the sugar and the tea leaves. Remove from the fire and set aside for 20-30 minutes for the tea to infuse the milk.

Beat the egg yolks with the salt till just mixed.

Add the milk to the egg, mixing well with a whip. Filter through a sieve to remove the tea leaves.

Pour into ramequins. Place them in a water bath (bain marie) and bake in a preheated oven at 150°C for 30-35 minutes.

The cream should be slightly wobbly and it will firm up as it cools. To better taste the tea, allow the cream to cool at room temperature. For better texture, chill it for at least 30 minutes before consuming it. 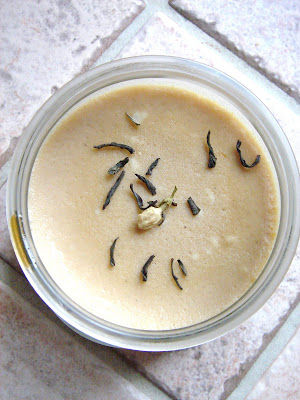 Sprinkle a few tea leaves over each pot of cream and eat them with it - they are not just for decoration. The crispy tea leaves goes well with the cream, giving extra taste and bite.
Publié par Beau Lotus 涟 à 11:34