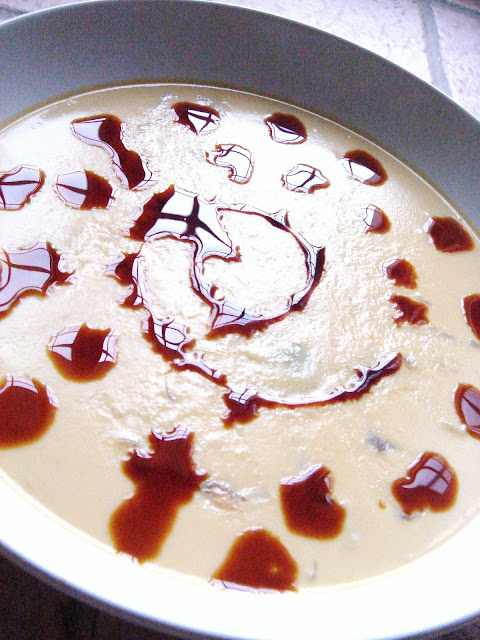 It is no longer politically correct to eat shark's fin. Nor foie gras and tuna. And even if you should go vegetarian, you have to keep an eye on the OGMs. Then do try not to buy produce that has travelled alot, keep an eye on the pesticides being used, and should you eat chickens that have been reared in cages?

It is no secret that political correctness was something that I haven't had as a module when I was at political school. And I've spent many many years in a few of them in both Paris and Singapore. Therefore while I do not ever eat tuna, I love my foie gras and shark's fin soup.

Each time I go home, mum buys me a can or 2 of shark's fin soup. Usually the ones that use not just the fins but also the animal's cartiledge in their preparation. For breakfast this morning, I've decided to make myself Steamed Egg Custard with Shark's Fin. I usually do not eat breakfast in Europe because I prefer a savoury breakfast, but after burning a few calories yesterday in the gym (*wink*), I felt that I had to replenish my blood or risk fainting alone at home. 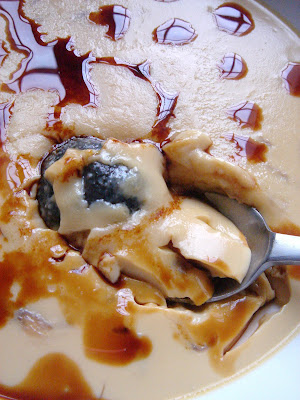 Beat the eggs in a bowl with the sherry and sesame oil. Sieve through twice.

Add the filtered egg mixture to the shark's fin soup together with the mineral water.

Soak a few Chinese mushrooms in hot water to soften them. Add them to the custard. You can also add dried scallops and/or fresh coriander leaves to the custard if you so wish.

Bring some water to boil in a wok. Divide the custard into 2 portions and steam each portion in a porcelain or metal dish on medium-low heat for 7-15 minutes depending on your heat. Cover the wok during the steaming but leave a small gap for the steam to escape. The egg custard should be firm but smooth and silky. 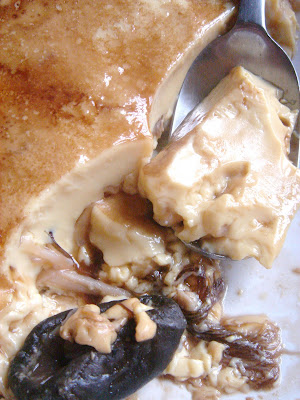