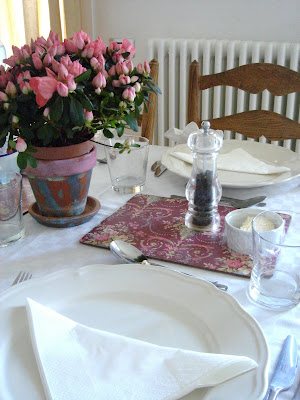 MD's Table
Do not envy me too much. I was invited to lunch at MD's today. My first invitation to an English lunch prepared by an English mother. I was really excited if you had to know.
You have probably been told that English food is not fabulous. I, on the other hand, have always loved a good English Roast, all the mashed potatoes with gravy I could eat, and among other things, fish and chips. It's just that their cuisine has to be done properly and with fresh, good-quality produce for one to appreciate it in all of its simple, nutricious splendour.
MD's an excellent cook. And she worked a few years as one too - so you understand why. To start, she sets a pretty table that had me feeling envious because I'm just not strong in that department. Her home had a nice English country theme in both colours and furniture. I wonder that Hub hadn't complained about my lack of decorating sense. Or maybe he has given up on me. I have other talents (or do I?)... 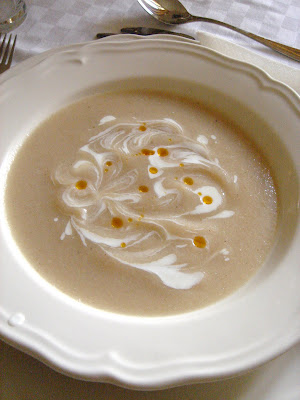 Cauliflower Soup
We had Cauliflower Soup to start and home-made country bread to go with it. I binged on the bread (with loads of butter!), and am surprised that I could finish up the rest of what was to come... 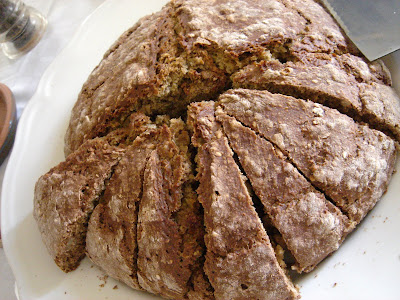 Then there was a modern Chicken Pie with roasted vegetables followed by a really delicious no-bake Cheesecake made with her own lemon curd. As usual, I was interested to learn from the cook and this time I learnt that Mascarpone was chosen over Philadelphia cream cheese for the cheesecake because it doesn't have an overpowering taste of cheese like the latter. Good point as the cheesecake was simple, light and delicious. 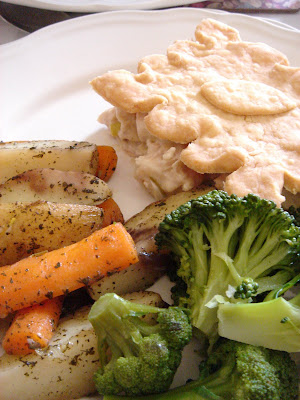 And the company. My Brazilian father was there - we're starting to see quite a bit of him. There was an Italian, new German and French mum. I was always the last to finish eating and I suspect that that's because I talk too much or eat more than the others or both. Anyway I had a really good time and we had to be chased off the table as it was (already) time to pick up the kids! 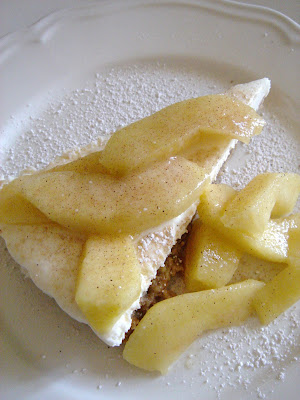 It was a great lunch and I am already trying to book myself a place for the next one :-). Trying to get MD to do something with gravy. I'm salivating just thinking of it.
Publié par Beau Lotus 涟 à 15:49

Wow! Looks soo good! I know what you mean about deco. I have lots to learn from the Germans too.... Am always amazed at how most germans have this innate ability to decorate soooo tastefully!

Hi, nice blog you have with beautiful pics and great recipes. Will come here often. Thanks!

Pris, from what I could see, you have talent for decorating food at least :-)

Anncoo, thanks for visiting, I love your blog, hope to visit often too.