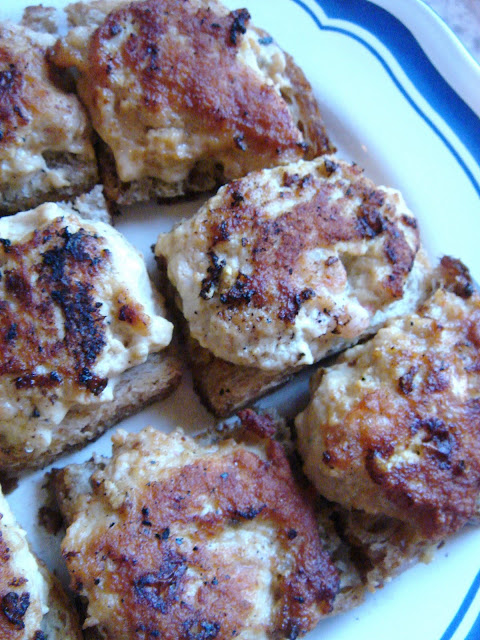 
I finally called the piano tuner recommended by Baby Girl's piano teacher. The piano was last tuned in Stuttgart 3 years ago. I've been procrastinating as usual, probably because I haven't been playing the instrument much. Anyway, I was almost ready to tell him to go fly kite after a few minutes on the phone, and only not knowing where else to find another piano tuner stopped me from doing that.


The guy obviously knew from my accent that I'm not Italian. And he kept telling me that it was tiring trying to catch what I was saying. Then you asked if you could make an appointment with him and he said that he will call me before he comes - not even a day or 2 before, but before he comes! Finally, you asked if you could have an idea how much it would cost and he said no.


Arrgh. This is Italy for you. They like to see your face (and your house and your car) before they are capable of naming you the price.


He called me last night to say that he would turn up this morning. Just as well as Hub would be here. Hub who spent his whole morning looking through his Guide Michelin to find us 5-6 good restaurants to eat in when we would be in Rome. So much for someone who said that he was dieting. Rome has many good restaurants from the look of things and we're quite excited about it. I suggested that we alternate with a few pizzerias, but Hub said that he was not worried about the budget and would prefer to make the most of our rare trip to Rome. He's right, of course. After what we'll be paying for the accommodation it makes no sense to stinge on the food which should be among the highlights of the trip. Besides, the Teenager's school trip to Rome has been cancelled due to a few families not being able to afford it - so we now have extra budget for 2 good meals.


Am glad the tuner came. He's much nicer in person and more importantly, he was professional and did a good job. He also plays the piano very well and that, I think most piano tuners do. He said that my piano is 25 years old (according to the serial number), made in Japan (which is rare today) and is in really good shape. Suggested also that I change its position in the room so as not to damage it. Finally, he charged a normal price for his service. I'm happy and would recommend him to anyone who is interested in a piano tuner in Modena. 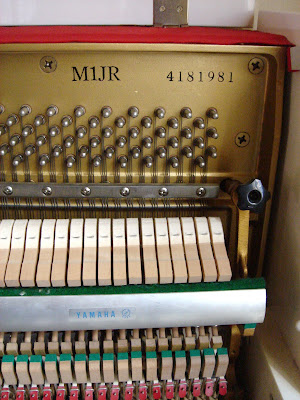 
We had lunch at Hostaria La Frasca (yes, Spring is here and we're back lunching out on weekends). The lady owner is as weird as ever and you really have to speak Italian and understand what it's like to eat in Italy to be able to enjoy eating there. Since we're initiated, we had a good meal. Times like this, we love being in Italy. It's the joy that comes from being let into some joke or secret - at last.


The rest of the family went to play golf and I stayed home to poison the house. I've been bitten so badly there must be insects all over. I've spent the evening looking at photos of insect bites on the internet and mine look quite like spider bites. So it's going to be spray, spray and spray. Then I also read up on poisons and it's quite scary because they are actually everywhere from our teflon-coated pans to insecticides, to peach seeds, soil and bay leaves outside etc etc. You kill the insects and you may end up poisoning the kids. What a dilemma.


I've also spent the morning fantasizing about using teflon fumes to kill the pigeons. Apparently some birds die very easily when they inhale teflon fumes. But I doubt if it'll work outside the house and those pigeons are hardy devils. Will have to seriously consider setting a falcon on them. 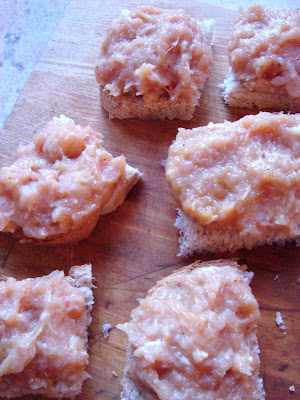 
Anyway, I always think of what to cook when I'm alone. And since I have leftover minced pork from the pork dumplings, I added prawns and egg to them and made Fried Pork and Prawn Toasts for my afternoon snack.
Publié par Beau Lotus 涟 à 15:48

Long time ago when I was a kid, my mother used to make prawns rolled up in sliced bread about to expire & deep fry it. Its a Canto dim sum treat that she picked up after we visited some restaurant. Its tasty as an afternoon snack.

I think you need some aloe vera gel to quell the itchiness. The insects have triggered the histamine within your body. Its worse for eczema people like me.

Precisely, I was just trying to recycle some of my leftovers with that.

Ahhh I have a few months ahead of me to suffer...