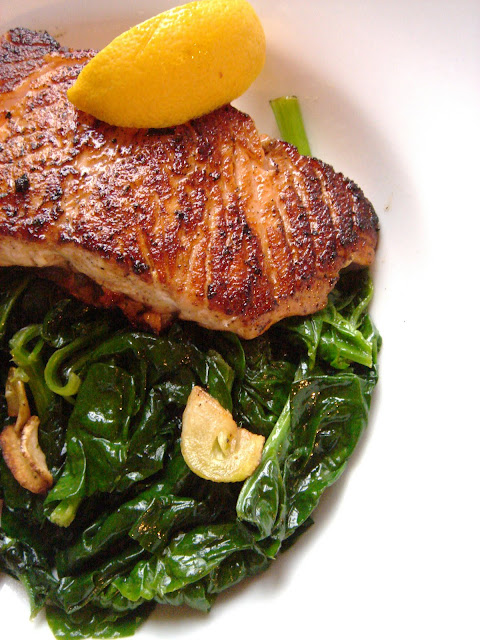 I have parcels arriving at the house one after the other lately and the frightening thing is that 1) I couldn't remember that I've ordered most of the stuff, 2) I do not know where to hide them, 3) they are mainly for better weather and that we do not have at the moment.


I have discovered in the last decade the reason why most European homes look neater than many Asian households. The secret is storage space. And storage space with doors. Not plastic bags. Singaporeans, for example, love plastic bags and used newspapers and tend to wrap everything inside them. You don't see the rubbish but you see the plastic bags. My mum managed to lose my brother's A level cert in one of those piles of plastic bags. But Europeans dump all their rubbish behind closed doors - and on the outside everything looks in order, nothing out of place.


I don't have enough storage. I have de-programmed myself from plastic bags, but now I have baskets and boxes filled with rubbish everywhere.


The cleaning lady is here and she has lost a few kilos after her bout of gastric flu. I'm jealous and wanted to help her gain them back. I've kept some food for her to try as usual, but I don't think I ought to give her anything in case she falls sick again and I have that on my conscience. She took my advice to heart and actually drank Coca Cola when she was ill - I hope that those Parisian paediatricians haven't changed their minds about this since 2005 (the last time I went to one).


Last evening we had Grilled Soy Sauce Salmon on Garlic Spinach for dinner. Salmon and Spinach are magic healthy words, so after the Coca Cola I thought I should mention them lest you think I'm really a bad mother.


Truth is only the 3 oldest members of the family had that. The Babies feasted on chicken wings and fries. They don't like fish. And I don't like to deceive.


I must have mentioned before that garlic and spinach go well together. With Soy Sauce Salmon you get quite a complete meal.


Mix the soy, sugar, sherry and sesame oil and marinate the salmon steaks with them for a few hours. I do not add salt to my marinade nowadays as it would only encourage the good juices from the meat or fish to drain out and you'll lose flavour and texture because of that. Salt later on when you are cooking the fish. 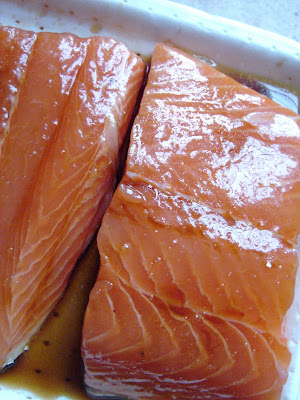 Heat up a frying pan till very hot and pour a little vegetable oil into it. Grill the salmon steaks skin-side first till it's nice and crispy and then grill the flesh. It should still be pink on the inside.


In a wok, heat up some olive oil and fry the onions then the garlic till fragrant. Add the spinach, salt and pepper and wilt the leaves. Do not overcook.


Arrange the salmon on top of the spinach on a plate and squeeze lemon juice over everything. Serve hot.
Publié par Beau Lotus 涟 à 10:19