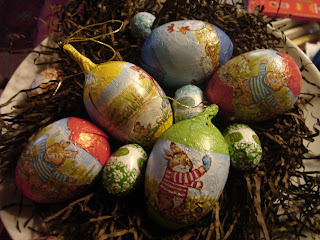 Early Easter Greetings to Everybody!
Baby Boy turns FOUR today! Though if I'm busy this morning, it was not because of that. I had to tidy up the house a minimum as Irina would be here at 8am to clean. I must say that I've had reservations about her at the beginning with all that I've heard about her, but I'm used to her now, she's a kind person if somewhat clumsy and I like her. It helps too that I've moved all my valuables out of the house (haha).
I had to get the Easter presents for the teachers ready. Yes, I came across a few lovely Art plates (Renoir, Gauguin, Monet, Van Gogh...) yesterday when I was out looking for the usual rabbits and hens and eggs and though tempted to keep them for myself, got the Babies (or rather just Baby Girl as she insisted on doing it for everybody) to help fill them with straw and chocolate eggs and make a few drawings for their teachers. Children should learn to give and not just receive. And this way they will grow into giving adults. Though they should not be like my mom. If you let her she would give half the house away. I've always suspected that she's always buying stuff so that she could give them away. She takes too much joy in giving. 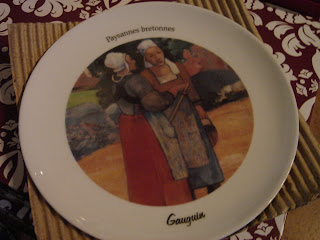 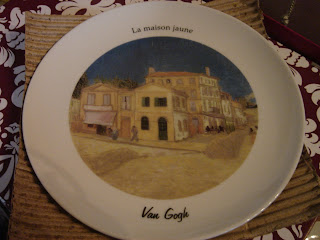 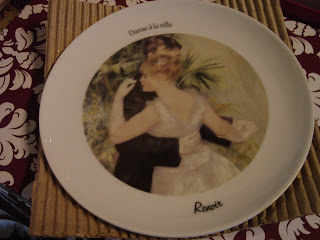 Libellés : My opinion, What's Up?

I so love those eggs. And the plates too. We can't get such beautiful eggs here.

I like those plates myself, am quite tempted to get some but no more space in the cupboards...

And we also received a hamper for Easter!!! Cake, chocolate, cheese, tortellini...Hub's a popular guy in these parts.