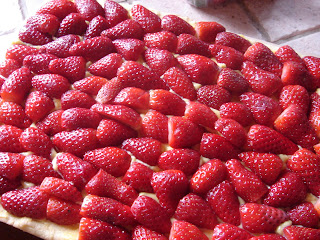 The Hub woke up on Sunday morning and announced that he'd do a Strawberry Tart (Tarte aux Fraises) like the kind his mother used to make when he was a child. It was true that for the kids' Play Date on Friday I had bought loads of strawberries and we still had lots left. It was also true that having come home at midnight from the Golf Club last evening I was running late in the morning preparing lunch for our guests. Hub had invited one of his colleagues and the guy's family over for lunch. 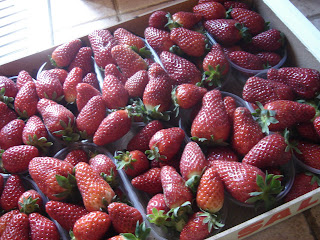 The Cs are Italian and they came from Torino. A really nice and loving couple with 3 very well brought up children. I have been meaning to have them over for a meal for a few months now but never got to do so before yesterday. Really charming folks, we're lucky to know people like them. 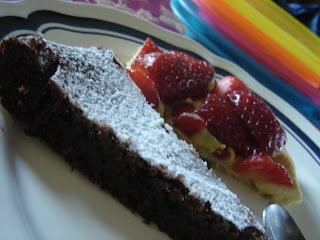 L baked us a Chocolate cake. It was moist, light and absolutely delicious. She is very good at baking, I still remember the apricot tart she made when we went to their place for tea a few months ago. I'm not one for fruit tart (unless it's strawberry or raspberry) but it was so good I actually ate it.
I didn't try to invent anything new that morning, just made the usual mini bacon & cheese quiches to go with the Prosecco followed by Coriander and Garlic Prawns with Salad to start. Wanted to do a Thai Green Chicken Curry originally but wasn't sure if they'll eat Asian so I made Roasted Free-range Farm Chickens instead. With Garlic Sauteed Green Beans and Roughly-Mashed Garlic Potatoes. Went down really well, the neighbour's dog Bres was a happy dog when we gave him the leftover bones. 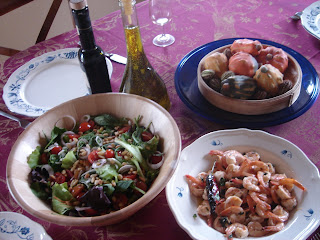 Coriander & Garlic Prawns with Salad
The men talked shop from time to time and we watched the F1 race in Bahrein on TV and rejoiced when Massa and Kimi won. We also discussed the rubbish disposal system and we learnt from the Cs that they found the health system more efficient here in Modena than in Torino, for example. Hate to imagine what it must be like further south. 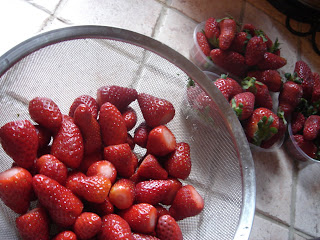 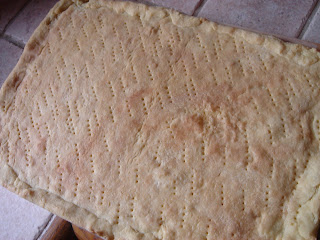 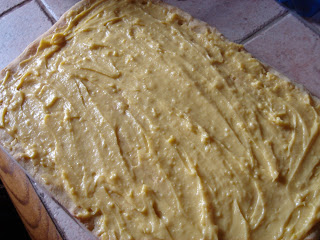 So Hub made his Tart as he said he would. From scratch. Pâte sablée, crème patissière and all. He's a very good cook but couldn't indulge much in it since he has a demanding career. So we had a treat this Sunday as you can all imagine.
PS : Meanwhile, I'm going to sidetrack and show you a picture of the Italian Easter Cake - the Colomba (dove). Very sweet. We had one that I offered to my little guests on Friday. 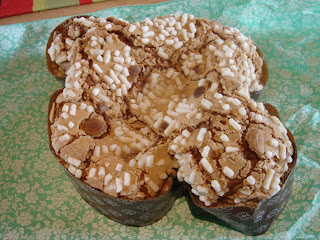 That is a gorgeous strawberry tart, my little princess would love that very much. And the chocolate cake looks great!