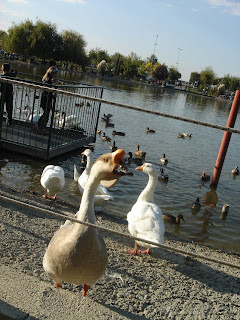 After eating as much as we had, we badly needed a walk. The Cs have recently discovered a park with a mini-Zoo not far from where we were and suggested that we make our way there. 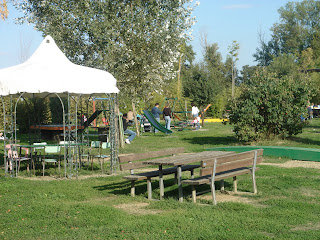 Actually I've passed by the place a couple of times last year. Wanted to check it out but never got round to it. The Hub would also discover that he knew the owner. It's actually a private park with a lake in it in Ca di Sole, about 9Km from Maranello. But the guy has opened it to the public, only asking for a parking fee on weekends and on public holidays. 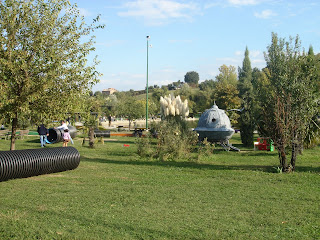 Those long barrels were a hit with the kids but tiring for the parents
People were fishing on the lake filled with ducks and swans when we arrived. Children were playing in the playground(s) and families were picnicking on tables in the park. BBQ pits made from recycled material were available for use. There was a kiosk selling drinks, tit-bits and firewood. 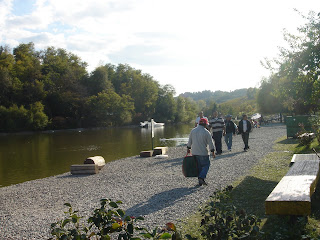 The mini-Zoo unfortunately contained animals in cages. There were cows, goats, emus, monkeys, ostriches, parrots, pigs...And fake animals are found on a sort of island in the middle of the lake. 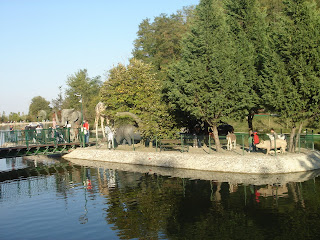