Hub said the other night that I was a compulsive consumer. I buy too much in other words.
I totally agree with him as for all my faults, I'm perfectly capable of accepting criticism.
So my latest purchases just arrived in the postbox. And they included the following two cookbooks by Nigella Lawson. 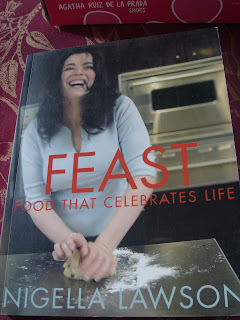 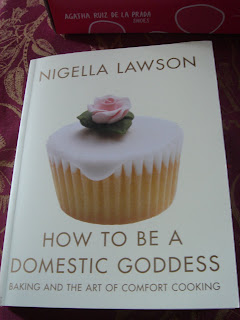 He doesn't have a Domestic Goddess (yet), but at least he has the Domestic Compulsive Shopper.