Shanghai Art Museum and A Day in Puxi 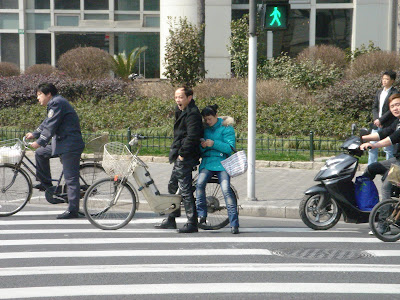 Waiting out the red light in Puxi
Where we are in Pudong (or east bank of the Huangpu river), it is pretty antisepticised. Though not that many years ago it used to contain mainly farmland, as my driver liked to tell me. Our compound has blocks of ugly public housing facing some of the villas and these buildings house many farmers displaced about a decade or two ago from their land. They are talking of demolishing these buildings now to make way for more villa construction, so Pudong can only become even richer and more modern. And poor guys - they will surely have to relocate even further away in Pudong once their homes are being pulled down - again. 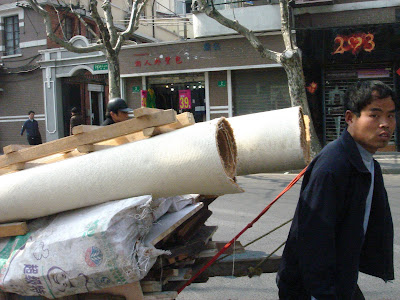 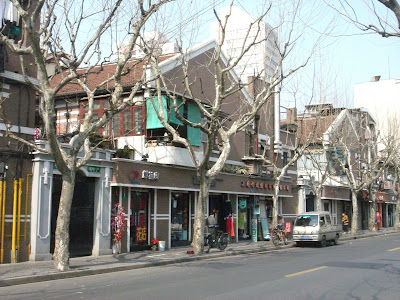 Puxi (or west bank of the Huangpu river) is another thing altogether. That part of Shanghai has more history and more soul, if you wish, and remains the cultural and entertainment hub of the city. Buildings old and new are packed together, streets are narrower, small boutiques and big malls stand side by side, old concession-era villas can be found in areas dominated by low-rise shophouses and people still sometimes walk the streets in their pyjamas and hang out their clothes to dry above your head. 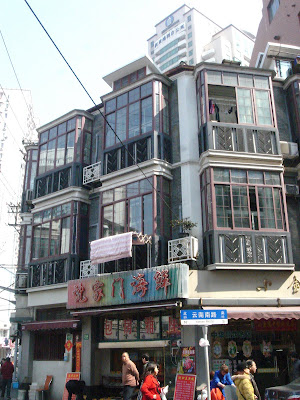 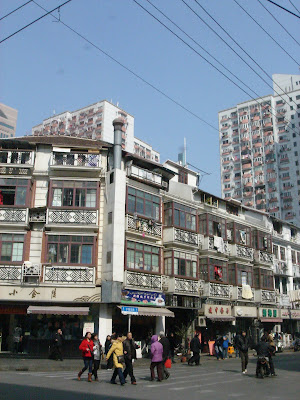 A few streets in Puxi
I do not go to Puxi very often as it is quite far (anything from 30 minutes to more than an hour) from where I live and I hate being stuck in traffic jams in the middle of the day. Besides I have been busy unpacking as you know. 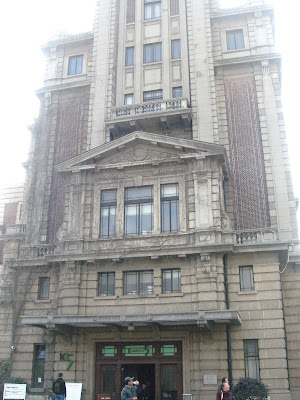 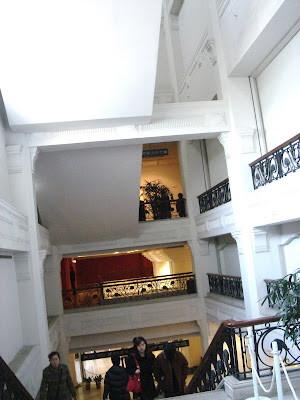 Shanghai Art Museum
However, just before my things arrived from Italy, I was there a few times to meet up for lunches with new friends, and to visit the Shanghai Art Museum. It was just a few days into the Chinese Lunar New Year, just after they abolished entrance fees and the whole of Shanghai started queuing up to visit the museum - if only for the first few days. Some, I was told, even turned up with their own picnics to be enjoyed in the galleries or with fresh vegetables from nearby markets to be washed in the museum's toilets. 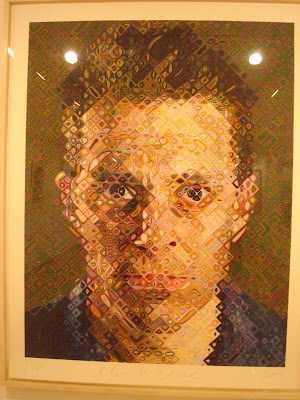 From the foreign exhibition 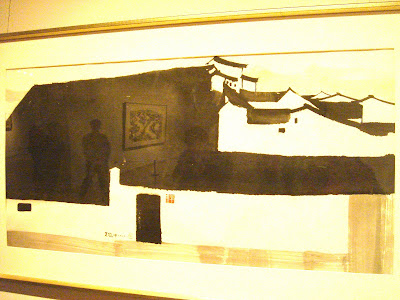 I liked the simple use of black ink
Building was quite interesting as it was built in the 1930s and used to house the clubhouse of the decadent Shanghai Race Club. I didn't realise that the race tracks used to be just next to it as it's now something very proper like the People's Square. 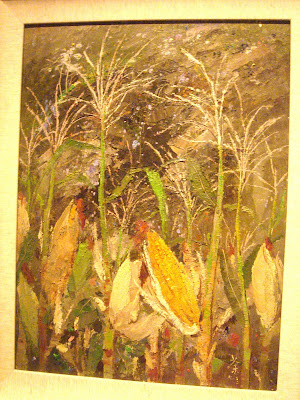 Nothing much to say about the exhibitions, I am not an art expert but I have visited quite a number of museums in different parts of the world and this one was boring. They must have hidden the good stuff somewhere else since China is such a populous country and must have more talent than anywhere else. Or I must have visited at the wrong time. The only interesting exhibition when I was there was actually a foreign one and probably an advertisement for a few print companies in the USA. But I won't complain since entrance was gratos. 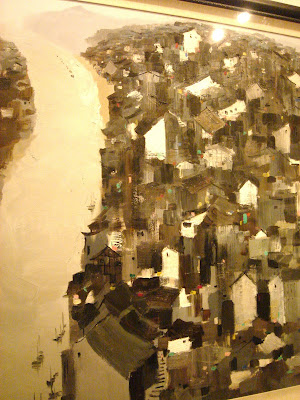 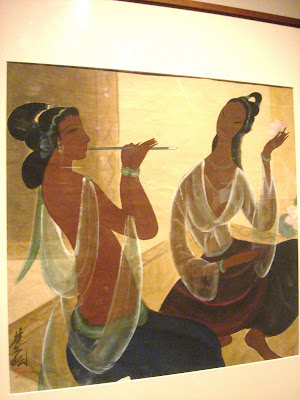 I rather like these paintings
I look forward to finding more time to explore Shanghai especially Puxi. I have a few local friends of friends here, plus expat friends who have been here a long time - so hopefully through them I will find interesting places to visit in the city soon. However the weather is starting to be unbearably hot so I am not optimistic that I will last very long out there.
Shanghai Art Museum
325 Nanjing Xi Lu
Shanghai
Publié par Beau Lotus 涟 à 07:21

S, so nice to share a glimpse of your new life.

E, your blog looks nicer and fresher than ever!

wow! it is so nice to read that somebody had the same view on exhibition. i've been also in shanghai a month ago on this free entrance exhibition.
I have to say i was really expected more of it.
By what i was surpised is by "correct" english subtitles to each picture and way that Chinese people were not looking the paintings but more all the time "picturing" them :)))
but i've heard they have a good restaurant on top of it..Katlene 7 or smth its called..
..and i also have a very special story connected to this museum (because maybe you dont know yet but on this People Square there are two SHANGHAI ART MUSEUMS :)