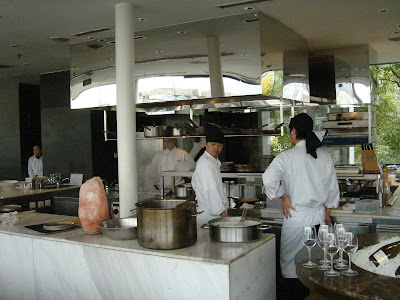 The Kitchen
Hub has been working alot since he started his new job in Shanghai. He travels to his factory in Anhui Province every week and stays there for at least 2 days (easily he'll be able to raise another family at the same time). The rest of the time he's married to his iPhone and computer, meetings and conference calls and the time difference with Europe doesn't help, it's possible for him to be talking to someone at any part of the day/night. 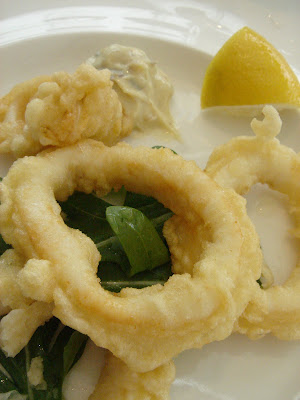 But he has done the unimaginable and has managed to break even last month - after 5 years of continuous loss incurred by his predecessors. He seems to love the challenge and is already forecasting expansion and what not. It is fortunate that I speak the language and can get by quite nicely without him, and if I need someone to hang a picture up on the wall, a quick call to the compound's service centre will see (paid) help on its way. I only lament the lack of availability of the chauffeur on those days when he's away in Anhui, the guy has to drive him there and I am left to the mercy of Shanghainese taxi drivers whose seat belts could never be found even though the voice recording when they turn on the meter advises systematically all passengers to put them on. 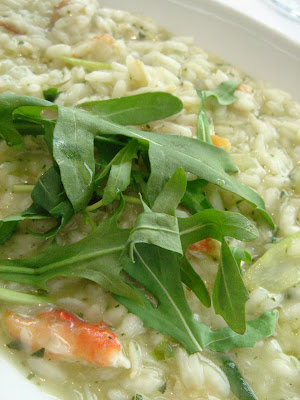 Very nice prawn and asparagus risotto
Nonetheless, Hub must think of me sometimes. On a few rare occasions when he was in Shanghai and had a spare hour, he would try to bring me out to lunch. Especially to a restaurant recommended by a colleague or somewhere he has tried out on business and found to be nice. 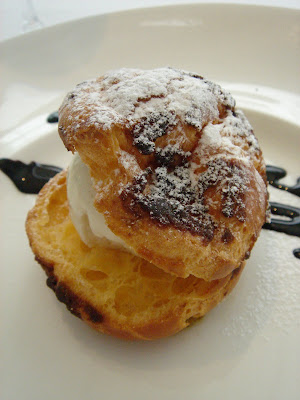 That was how we ended up one afternoon at The Kitchen Salvatore Cuomo - an Italian restaurant situated on the Pudong side of the river. The guy's apparently famous in Japan, but when you came from 4 years of eating Italian in Modena like we did, you wouldn't be easily impressed. Still, I would recommend the restaurant for its fabulous view of the Bund and reasonably-priced set lunches. Plus the food wasn't bad at all, most of Hub's Italian colleagues here dine there occasionally. 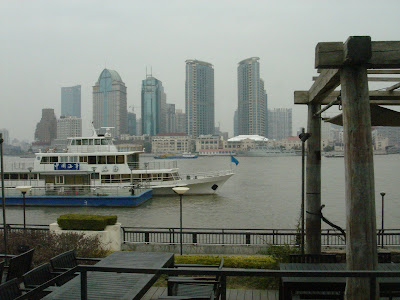 Lotus, you are back!

Did you manage to sign up for your own VPN account so that we can see more of your postings on Shanghai?

Hope you are enjoying your tai tai life for a change with ayi helping you out.

So has any Chinese women made a pass at your hubby yet?

Wish I could be back in Shanghai for a visit again after 8 years. Such a fascinating city.

Back home here in Spore, GE2011 is in full swing. But I do not think change is coming anytime soon. Big sigh! More policies to worry about affecting our livelihood, I see no light at the end of the tunnel.

Can you vote, Lotus?

Yes, I did. But it doesn't work very well. Probably doesn't help that I am living in a state-owned facility.

I have no idea if someone fancies Hub, but good luck to them if they do - it's not anybody who can live with him.

I have my voting card at my parents' as I missed the dateline for overseas voting. But I am a PAP supporter no matter how much I may grumble about things, but best of luck to your candidate if you are rooting for the Opposition. There is always room for dissent.

Hey Serene!
So great to see you back on the blogger world!!! And what a lovely house you have there!!!! :) It looks VERY neat IMHO.