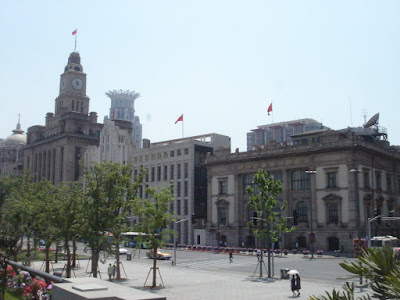 The Bund, Shanghai
The Bund 外滩 holds a certain fascination for both Asians and Westerners alike - though probably for different reasons. Personally, just its mention is enough to send the famous Cantonese song 上海灘 from the 1980 HK TV series repeating itself again and again in my head...But for the French, British, Russians, Italians, Germans and Americans, for example, it must remind them of those days a long time ago when their countries owned concessions (and therefore buildings, banks, shops, hotels, embassies etc) on the embankment. 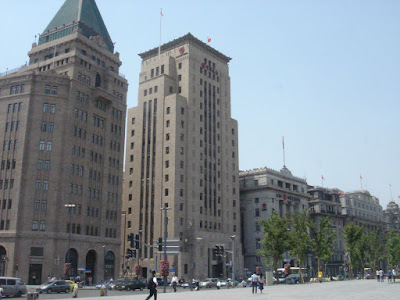 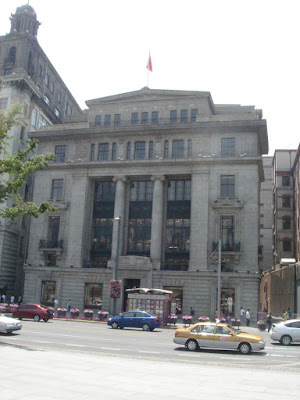 Bund 18 - Chartered Bank Bldg
The Bund is found on the Puxi side of the Huangpu river and more or less stretches from a part of Zhongshan Lu (named after Sun Yat Sen) to Huangpu Park. It contains beautiful buildings of styles as varied as Romanesque, Gothic, Renaissance, Baroque, Neo-Classical, Beaux-Arts and Art Deco. Since China started opening up again in the 1980s many banks and luxury brands have "returned" to the buildings and tourists once again flock to this part of Shanghai - especially to admire the view of Liujiazui (financial district) on the opposite bank. 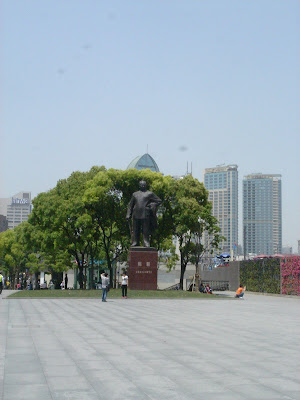 Statue of Chen Yi - Shanghai's first Communist Mayor
The promenade on the bank is filled with mobile photo booths and ambulant drink sellers. Whether in winter or spring, I always find the whole area covered in some kind of haze - but it is nonetheless a magnificent place with a historical past that you couldn't fail to appreciate when you are standing in its midst. 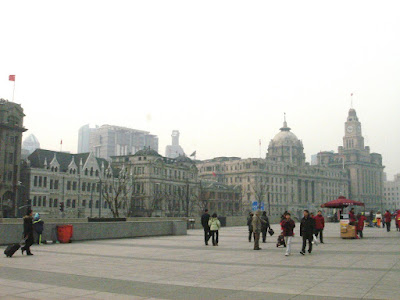 The Promenade in winter 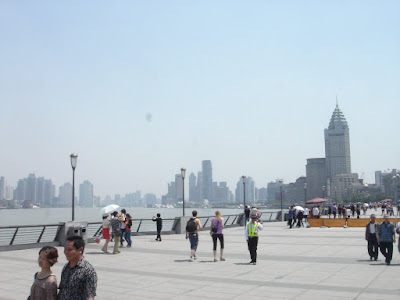 The Promenade in spring
I will need more time to learn more about each building (I believe there are more than 50 of them) and to tell them apart. At the moment I only know Bund 18 which is where Mr and Mrs Bund, not to forget Cartier and Zegna are. It is known as the Chartered Bank Building. On its left is what used to be the North China Daily News Building (now AIA Insurance) and on its right you have the famous Sassoon House (today Peace and Swatch Art Peace Hotels). 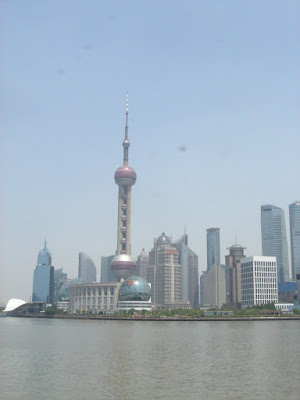 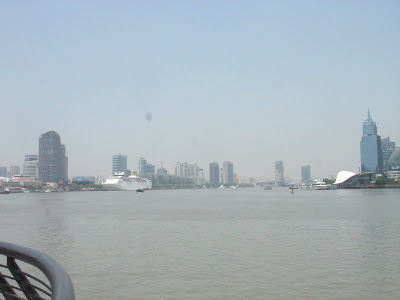 View of 2 banks
I hope to visit the Swatch Art Peace Hotel (or more precisely the Shook restaurant in it) soon. And the next time I have enough people, I'll try to arrange a tour of the Peace Hotel (still known for its jazz nights) as well. I think the Shanghai Foreign Exchange is also just a few doors away and will try to walk past the HSBC Building for its famous ceiling mosaics. 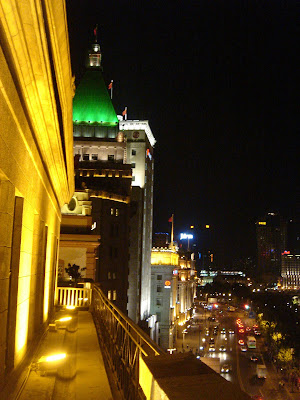 The Bund at night
Problem is that the weather in this city is really freakish. It's either too hot or too cold, not easy to find the right moment to attempt a good walk though traffic and pollution. Or I'm really just plain lazy...
Publié par Beau Lotus 涟 à 02:45

You must make arrangements to visit Peace Hotel now?

Back then in the early 2000s, I just walked right in & popped my head into the darkened ballroom,it was in the reception area, keep left, then its the ballroom.

It was late afternoon round about 4ish when I was walking along the Bund & spotted Peace Hotel. I landed about an hour earlier & had to start my 1 week work schedule at Shanghai office the next day so that was the free time I had only. So I chose the Bund.

The Peace Hotel receptionist had a very surly lady who grudgingly handed me a tourist map when I asked for it. I was not staying there but decided to test run their service attitude.

Also used their toilets on the ground floor. Yes, I know I am a free loader.

But the place gives me the creeps, it was all very wooden: beams, pillars, furniture.

I think its now under an international hotel management chain so maybe new rules?

The tour is for something more in-depth with guide plus lunch, but I am sure you can always walk in and look around on your own. I haven't popped in yet so can't tell you if things have changed since you were last there.