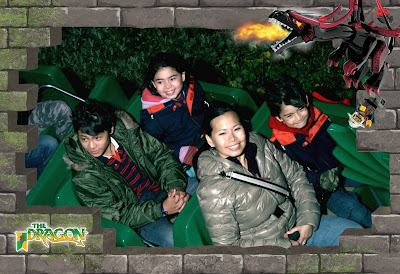 Legoland Windsor
The kids had a short break in October and I didn't feel like staying at home with them. I have promised to take them to London one by one, but since I wouldn't have the time to do so now that we'll be leaving Europe soon, I decided to bring them all with me at the same time. 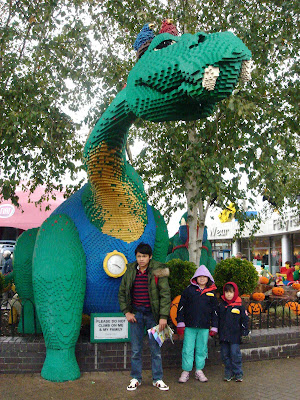 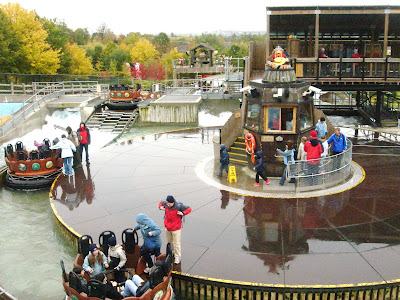 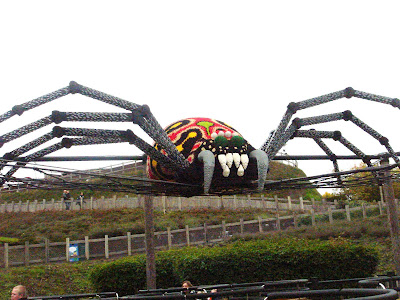 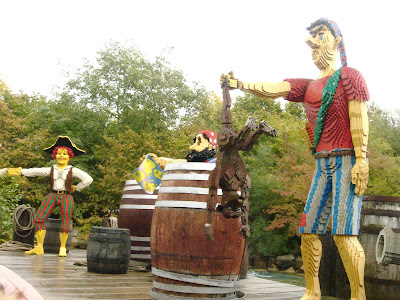 Amazing what one can do with lego
Some told me that I was being suicidal going anywhere alone with 3 kids. But as Hub likes to say, I can be masochistic. Besides, going to London without a tight budget couldn't be considered suffering. The only limit's Ryanair's baggage allowance and my (lack of) muscle. Though we were entitled to 40kg, I was the only porter in our group. 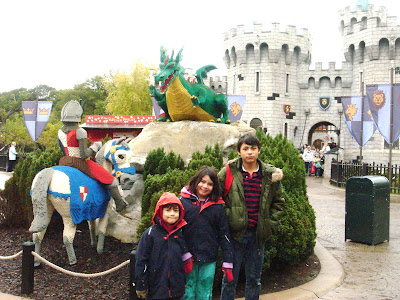 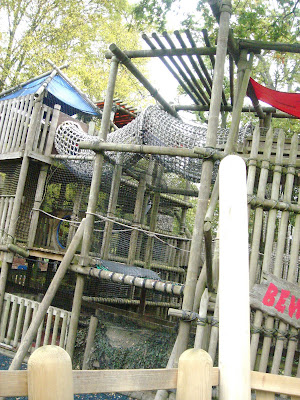 We flew to London Stansted from Bologna and entered London on the Stansted Express. The kids were pretty excited about the trip and I was able to control them more or less with the promise (or not) of certain gifts...and Legoland. We've been to the one in Germany a few years ago, but it's too far away now. When I found out that there's Legoland in Windsor, I knew that I'd have to bring my babies there. 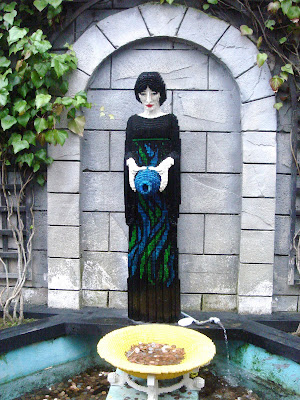 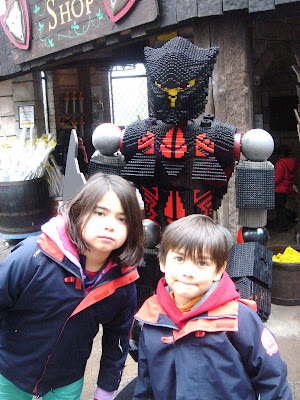 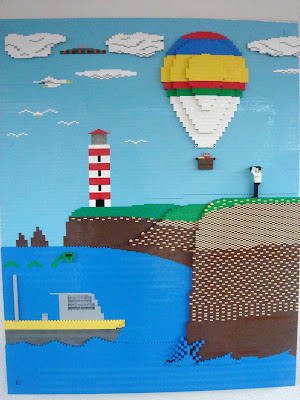 We started out with the only spot of shopping for me - at Burberry. Many will tell you that only Asians love Burberry and I don't have a problem with that since I'm...Asian. We went on to Paddington to take a train to Slough. If you only want to take the express train (15 minutes to Slough), then you may want to consider buying 1st class seats as it was impossible to find a seat in 2nd class the both times we took the train. We all had to stand which could be difficult if you had young children. 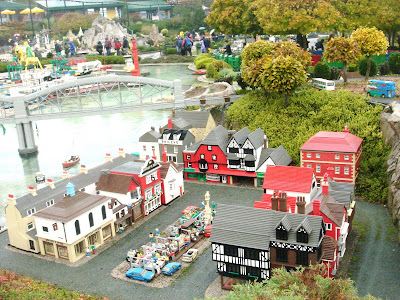 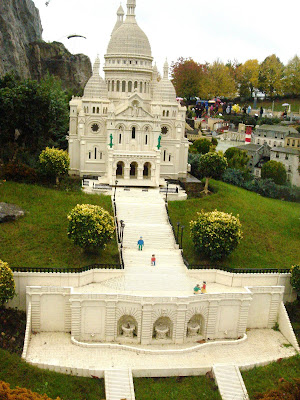 Sacré Coeur
I chose to spend 2 nights in Slough as it was the easiest way to visit Legoland without a car (and without having to drag luggage around). The Holiday Inn Express just next to the train station was perfect for a mother with 3 children and you could either dine in the hotel or grab a bite at the 24H Tescos (we spent 3 hours in it) nearby. Just down the road there were also a few takeaways and I would recommend the fried chicken in the Kebab shop (but not its kebab). The only thing edible in the Chinese takeaway was its crispy duck in pancakes. 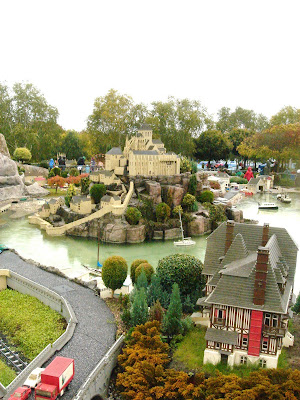 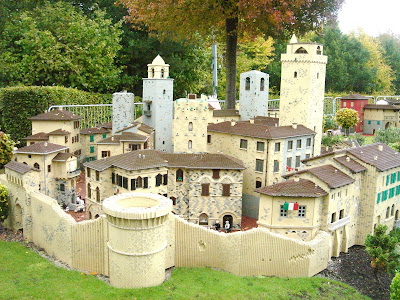 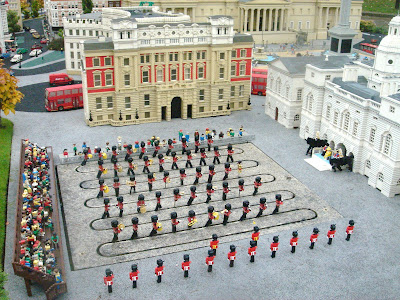 When you are 4 like us, do not bother to take a train to Windsor and then grab the shuttle bus to Legoland. Try booking a taxi (I used 5 Star and they were good) on the Net and asking them to pick you up at 9 at the hotel and from Legoland at 6:15. The suited chauffeurs (speaking impeccable English though they are usually Pakistanis) would turn up in a Mercedes and make you feel good not having to brave the rain, cold, traffic jams etc on your own. The taxi company will tell you that it costs 12£ each way, but the drivers will always ask for a few pounds more - which I gave happily because it was really worth the while. 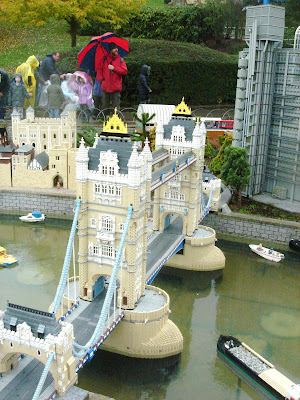 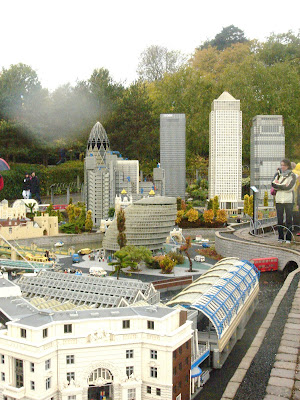 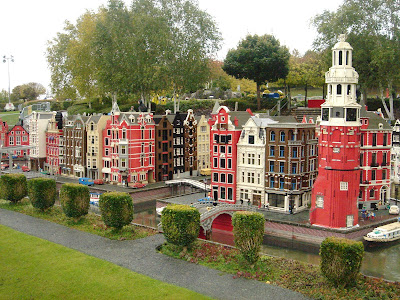 Mini-Land (amazing what you can construct with alot of lego)
It rained non-stop the day we were at Legoland. We were drenched and it was a miracle we didn't catch pneumonia (touch wood). But we had fun, being able to do most rides without queuing much. The park is quite big and my kids could do almost everything. We even found time to pay ourselves a round of mini-golf (it's on top of the entry ticket). 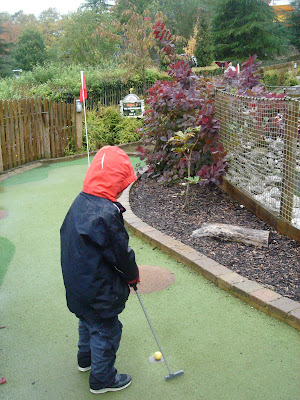 18-hole Mole-in-One mini golf
I'm not sure that I would do it again as I was quite washed out at the end of the day and it took me ages to dry some of the clothes with a small hairdryer back in the hotel room. But the kids had a good time which was the objective of the visit so that was (one) mission accomplished.
Publié par Beau Lotus 涟 à 16:29

Hey Serene!
You're leaving Europe? Where are you headed too? Don't know if I missed it in your posts, but I tried to read the last few posts and I don't seem to find anything about your relocation plans.

I'll announce it when it's time to do so.

But yes, we'll be leaving Europe in January.

I know curiosity kills the cat, but you're not moving back to Singapore by any chance, are you?