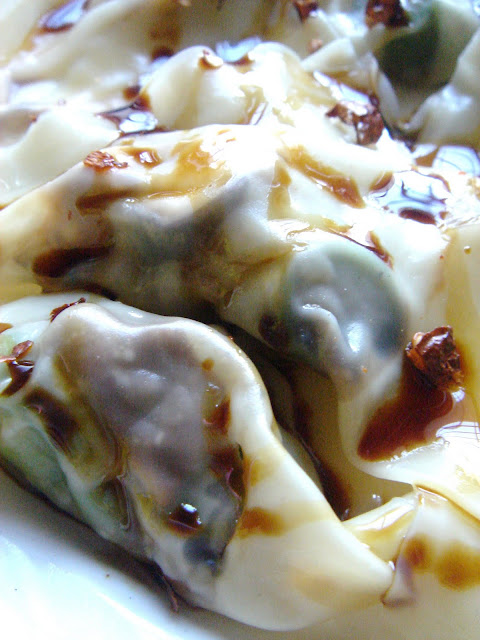 I wish I had been minimalist, fan of Starck etc. Have been spending hours and hours sorting through the clothes, toys, food etc and dozens of bags (big rubbish bin-sized) later, I've only touched the tip of the iceberg. We move in a few weeks and I'm still not ready. How in the world did I manage to accumulate so much?

We've given notice for the house (though we've not found a new one); I've given away at least half of my furniture (though I have no idea what we would need in the new house); I have a moving date (though we haven't found the movers yet); and Hub will start in his new job in January (though he has yet to sign the new contract and we cannot apply for our visas as such)...This is one of the craziest moves we've ever made and you may know that we've moved quite a bit in the past decade. 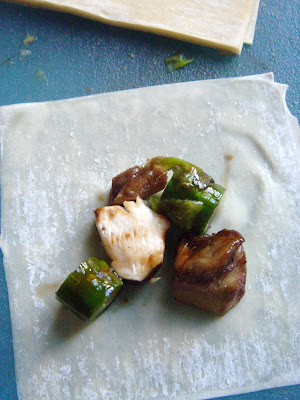 Anyway, while waiting for everything to come into place, life goes on. I haven't been able to blog much about food, but I've been cooking. I have a WW3 food stock to clear, remember? Since it turns dark early nowadays, I haven't been able to photograph the food and I've been running around so much, blogging is a little far from the mind. Besides, we've also been travelling almost every weekend. Last weekend it was Zurich and the coming one will be to Montepulciano (Tuscany). And we'll be driving there in a Ferrari (California)! 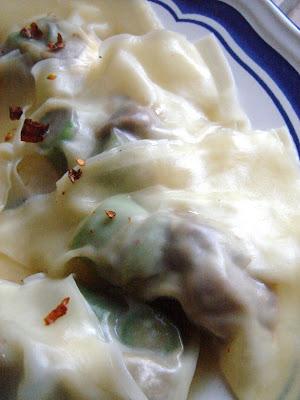 Found the last fresh funghi porcini around and decided to cook it simply, wrapped in won ton wrappers with a bit of cooked asparagus and gently poached in a porcini bouillon. Must remember to squeeze out the air pockets as you wrap them, and poach them quickly in lightly boiling water or they'll come apart if too cooked. Had them for lunch : one plate with just a bit of aged balsamic vinegar, and the other with a light soy-sugar-dry sherry-old vinegar dip.
Publié par Beau Lotus 涟 à 21:10

Those won tons look amazing! I am also in the middle of packing... we move in January. I'm having a hard time deciding what I should pack now, because I think, what if I need this between now and January?

Good luck with your move!

And good luck with yours!