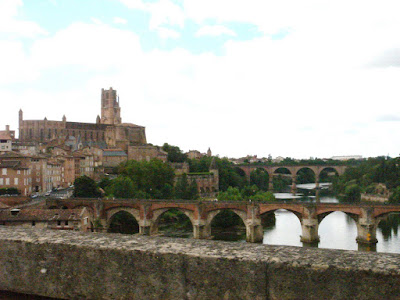 Albi (with the new and old bridges)
I went to Albi on the River Tarn for the first time a few weeks ago and have to admit that I've never heard of this city before then. I didn't know that it was an Episcopal city (governed by the Archbishops of Albi) nor that it was added to the UNESCO list of World Heritage Sites a few weeks ago. 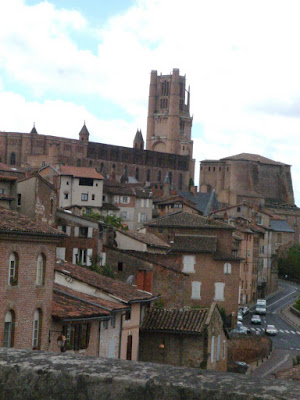 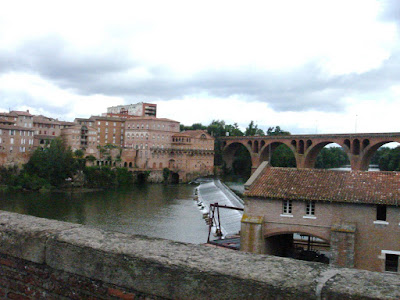 It was one of the cities that lived through the bloody (20-year) crusade against the Cathares in the 13th century that almost eliminated Catharism and brought Occitania to the French Crown. In fact, it became a powerful Episcopal city after said crusade, its Cathedral built by the Roman Catholics to fortify their struggle against the Cathar heretics and as a demonstration of the power regained by the Church. 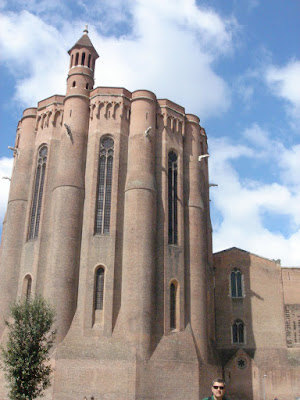 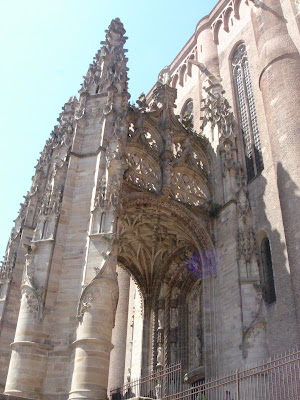 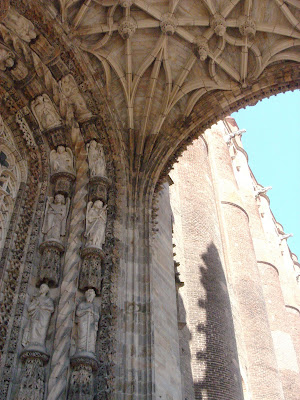 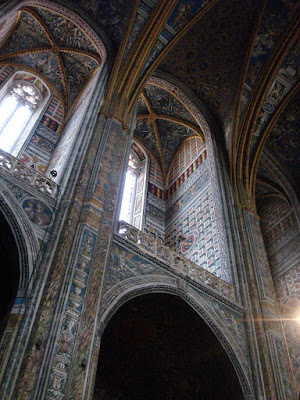 Cathédrale Sainte-Cécile
It is southern French Gothic in style and is made of local brick in red and orange colours (Albi is also known as la ville rouge), dominating the old city. Next to it is the very old and well-preserved Palais de la Berbie (housing the Toulouse-Lautrec Museum) overlooking the river and its old and new bridges, surrounded by residential quarters that date back to the Middle Ages. 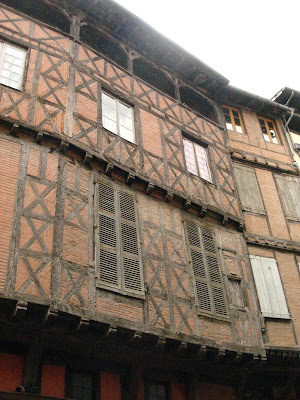 Albi is also the birthplace of the famous post-Impressionist painter Henri de Toulouse-Lautrec and contains a museum (with the largest public collection in the world) dedicated to him. In it you will find an impressive collection of his work (not less than 1000 pieces). Toulouse-Lautrec was from a very old aristocratic family in the region and couldn't grow to normal adult height because he suffered from a genetic disorder linked to inbreeding (his parents were first cousins). To cut a long story short (not that it was too long since he died at the age of 36 of alcoholism and syphillis), I have always associated him with the Moulin Rouge in Paris and that was where he hung out alot in his heyday, painting the cabaret dancers and also the prostitutes in the boudoirs at work (and catching syphillis while he was at it). 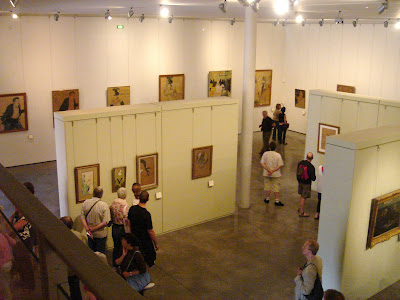 One of the exhibition rooms in the Toulouse-Lautrec Museum
I have to make a small mention of the nice lunch that we had in an Indian restaurant India Palace within walking distance of the Cathedral. Everybody including the children wanted to eat Indian food when we caught sight of the restaurant and so that was what we had. The service was slow, but the food was surprisingly good. The children's menu (tandoori tikka or chicken curry, rice and ice cream or semolina cake) was a great value at 7 euros and our only complaint was about the relatively high cost of the mango lassi (4,50 euros for a small glass). 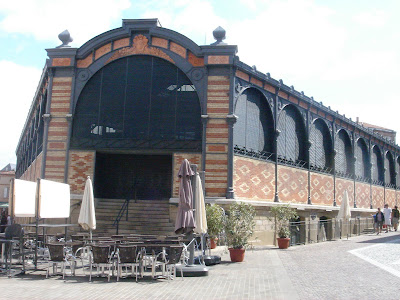 The covered market
Parking is hard to come by in this city and expensive when you find it. But by all means give the parking under the covered market a try - it's nicely situated and allows you to walk to all the major sights easily.
Restaurant India Palace
13 rue H. Savary
81000 Albi
Tel : 05 63 76 92 86
Publié par Beau Lotus 涟 à 10:13

wow Albi looks tres interesting and beautiful, I want to visit it one day too!

Hi Elaine, how's your new palace? When will we receive an invitation to visit? LOL

Ciao S (kitchen goddess), new place is still half unfurnished. We are SLOW/INEFFICIENT/INDECISIVE). Invitation to visit when we the home is complete (read: wait long long). At the moment, we are sofa/living room dining table n chairs/all curtains except kitchen/ all lamps/light fixtures except kitchen/second bathroom cabinet/main bedroom bedside table n lamps/ second bedroom furniture LESS. So when all is bought and in, invitations will fly out :-P