Making a Mosaic Tray for the First Time 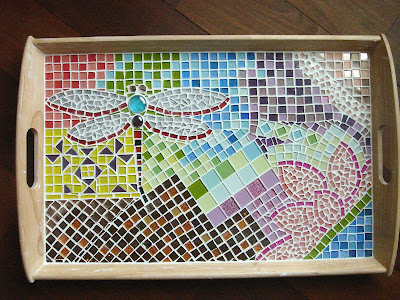 My first mosaic tray
I have always wanted to make something with mosaics and had thought when we were living in Italy that I would get to do it there. Unfortunately I've not come across any classes in Modena and the city of mosaics aka Ravenna was too far away for me to commute to for any lessons. 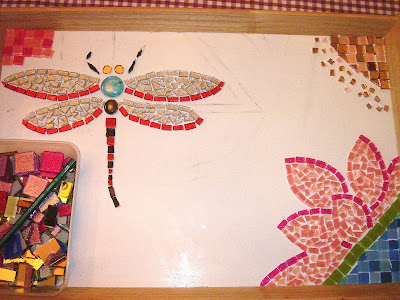 After lesson N°1
Then I arrived in Shanghai and saw that the residence next door had a community centre that offered mosaic classes. I wanted to sign up last year but it happened to clash with the cooking lessons offered by my own residence so I had to give the former up. This year I found 2 neighbours who also wanted to do the same thing so we signed up for and attended the 5 classes together. 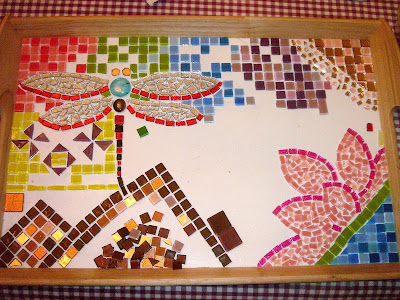 After lesson N°2
We were clueless on our first day, not even knowing what we wanted or what we could make. Then we got started and would change our minds from time to time, pulling out what we've already done and starting all over each time new inspiration hit as we were working. It was a time-consuming and back-breaking hobby and I've even managed to tear some skin off my fingers, bleeding on the mosaics as I worked. 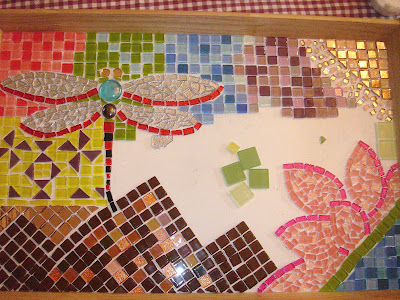 After lesson N°3
If I had known better I would have kept my design simple. But I wanted to follow a picture I saw in our teacher's book and started on a journey of no return that produced a horribly colourful and confusing piece of work. I was pulling my hair out at one point and almost wanted to pull everything out, but I was running out of time and remembered Macbeth saying once about how going back would be as difficult as moving forward. 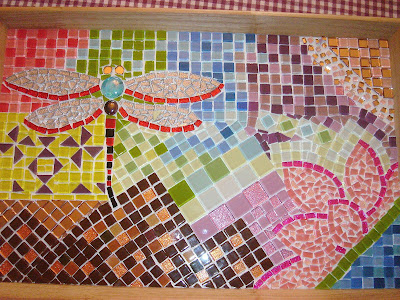 After lesson N°4
So I resigned myself to the result and just finished the tray, telling myself that I'll do better the next time. We plan to start on a new, smaller project soon and will hunt for mosaic tiles next week. This time I'm going to decorate a lazy susan. I know for sure now that I've no artistic fibre in me, but I enjoy working with my hands sometimes so I'll just go ahead and do it. 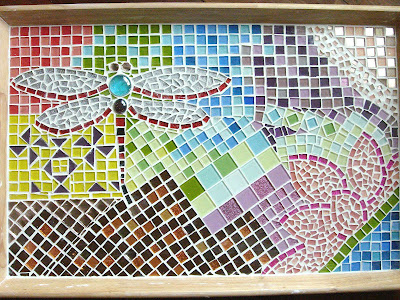 My tray after grouting during lesson N°5 - I've chosen white
Below are some of my fellow course mates' production. Some of them have already joined a few of the earlier mosaic classes so it wasn't their first project : 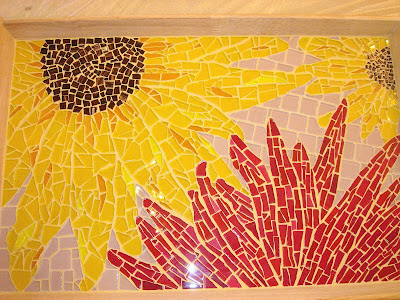 My favourite tray. This was her 3rd project, I think. 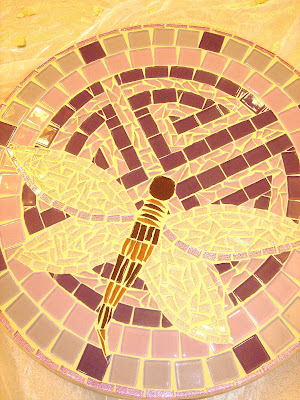 A lazy susan, also not her first project. 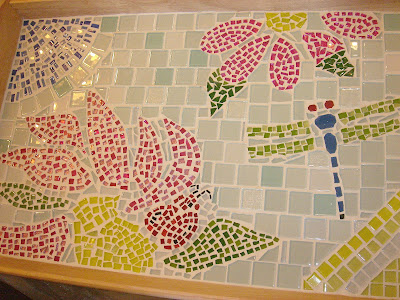 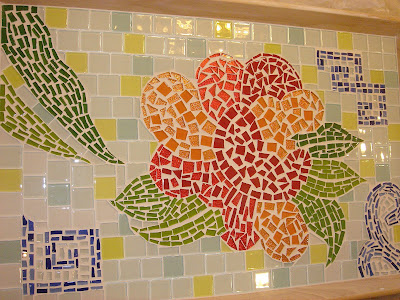 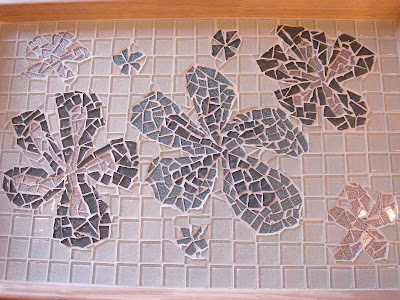 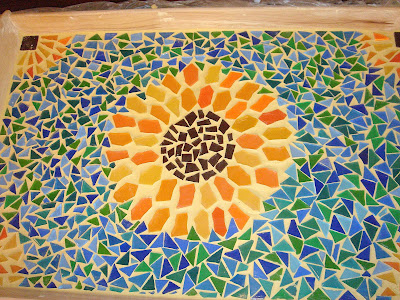 First project by the only guy in our class 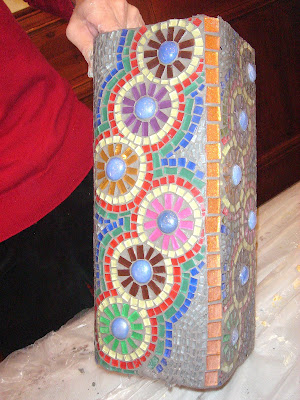 OMG, your piece of art is so beautiful. Making me one? heheheh

Edith, you're making fun of me hehehe

i actually prefer yours to the other one which you admire! I think your effort was well worth it! (=

@Chenyze, you were very kind. w

We just came back this morning from mosaic city in Shanghai (amazingly gigantic place) and bought a dozen different coloured mosaic tiles for our next project.

Wish me better luck (and inspiration) this time!