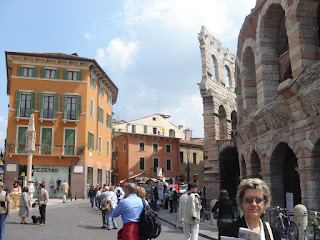 We visited Verona with J and M on Labour Day and it was a relief to discover the city quite bustling and busy on a day that labour should be at rest. It lived up to its reputation as one of Italy's most beautiful cities and for those who love Shakespeare, of course that was where he based his tragic love story "Romeo and Juliet". 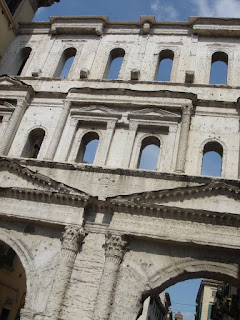 One couldn't miss Verona's Roman Arena, 3rd largest in existence. Built in 1 AD it is now the city's opera house and can seat around 20,000 people. When we were there they were setting up the stage to look like ancient Egypt so you know that Aida would be on soon. It was really quite impressive and one could visit for 4 euros during the day. You may find a few Roman "soldiers" or "gladiators" at the entrance and they'll ask you for a tip if you wish to have your photo taken with them. Don't be too eager to use the toilets in the arena though. They stink. 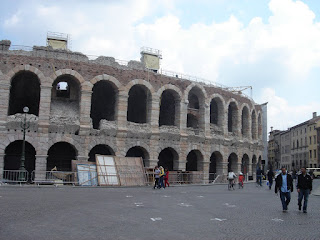 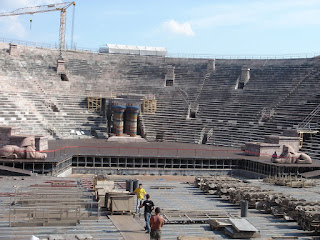 Getting ready for Aida 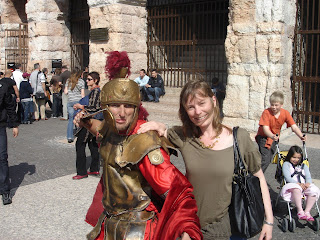 J and her Roman Soldier
The buildings in its piazza were lovely though the market stalls selling for example Murano glass jewellery from Venice were an eyesore. That didn't stop me from buying a few trinklets though and it was ironic because I didn't buy any when I was in Venice but I had to buy some when I was in Verona. 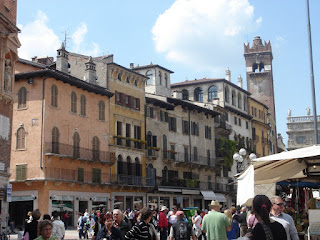 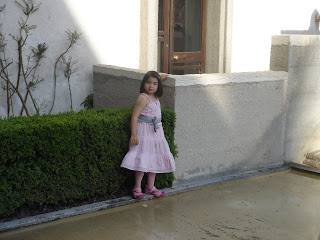 Hee hee surely with the mosquitoes, probably quite like if you were watching it on the banks of the river Nile.