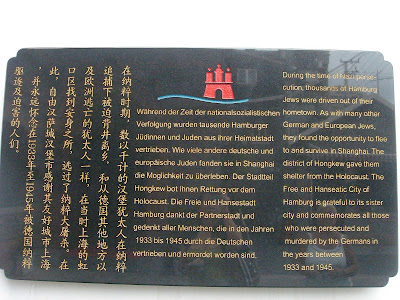 Shanghai Jewish Refugees Museum
I was often told that MIL looked Jewish because of her nose. Even the ticket seller at the Shanghai Jewish Refugees Museum (formerly the Ohel Moshe Synagogue) in Hongkou asked. I was tempted to reply in the affirmative in the hope of securing a free ticket (they cost 50rmb each, not exactly cheap for such a small museum in China), but decided otherwise. As far as I know MIL was born Catholic and though non-practising as an adult had been baptised when she was a child. 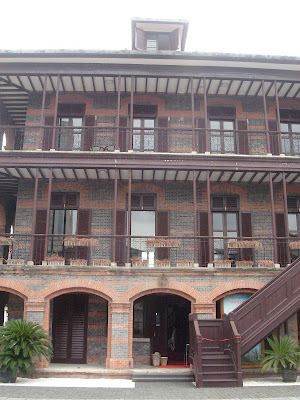 Back of the former synagogue
It wasn't easy trying to find something to visit almost every day in Shanghai - for 3 weeks. At some point I came across a quick mention of the Jewish Ghetto in an old guidebook when I was looking up the Lu Xun Museum in Hongkou. I later learnt that some 20 000 Jews found safe harbour in Shanghai during the Second World War. 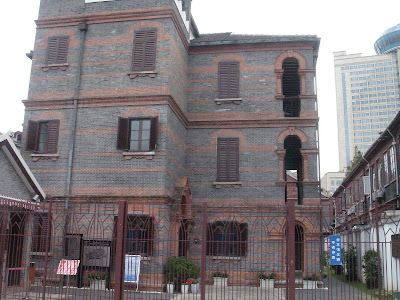 Main entrance of the museum
We all know that millions of Jews were exterminated during WW2. What I didn't know was that the Shanghai Ghetto, formally known as the Restricted Sector for Stateless Refugees (無国籍難民限定地区), contained in a tiny (poor and crowded) area in the Hongkou District of Japanese-occupied Shanghai, saved Jewish refugees from Nazi Germany, Austria, Hungary, Romania, Poland and Lithuania from certain death. 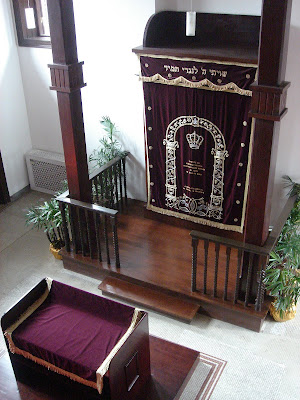 I didn't expect us to spend so much time in the very small museum, for we didn't know that there was a video filled with testimonies about those times being shown. It was fascinating catching sight of Shanghai in the 1930s and 40s, listening to stories about why and how those Jews arrived in Shanghai, how they survived the difficult years there etc.
Chaim Weizmann (chemist, 1st President of Israel) wrote in 1936, "The world seemed to be divided into two parts—those places where the Jews could not live and those where they could not enter." 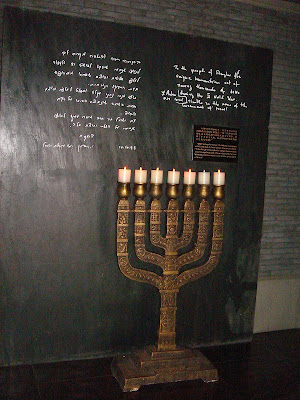 Starting from the mid-1930s, doors and borders in Europe and even the Americas were starting to close to Jewish immigration and most Jews who had thought to escape could find nowhere to go. 2 heros turned up rather unexpectedly in those times : the Chinese consul-general in Vienna Ho Feng Shan who issued visas for Shanghai between 1938 and 1940 against the orders of his superior, and Chiune Sugihara, the Japanese consul in Lithuania who got many Jews to Shanghai via Russia and Japan.
Life in Shanghai was not easy for these now stateless Jews. Those who were French or British could eventually live in the French Concession or International Settlement, but the rest lived mainly in squalid conditions (e.g. overcrowded rooms, disastrous sanitation, rampant disease, near starvation, unemployment) in impoverished Hongkou. What amazed us was the fact that the Chinese living in the area were not better off - yet they had to accept the influx of thousands of refugees.
Local Jewish families like the Sassoons and a few American Jewish charities aided the refugees with shelter, food and clothing. However, in no time the refugees managed to establish a functioning community with their own schools, newspapers, theatres, sports clubs, restaurants, shops and even cabarets - a testimony to their resilience.
Things unfortunately turned for the worse for the community again after Pearl Harbour (late 1941) when the Japanese moved them into a restricted ghetto (in 1943) and imposed a curfew. Passes were needed to enter or leave the ghetto and one could get beaten up for no reason by the Japanese manager of the area. Yet though the Japanese were allies of the Germans, they didn't give in to German demand to round up the Jews in Shanghai and exterminate them.
Interesting enough there were many local Chinese living in what was known as Little Vienna. Hence the Jewish refugees had little freedom but they were not isolated either. And according to the testimonies displayed in other parts of the museum, most were really grateful to Shanghai for having saved their lives. The only yeshiva in Europe to have survived the Holocaust was also the one whose members managed to escape to Shanghai.
Almost all the Jewish refugees left Shanghai after the war. There were a few (mainly doctors) who joined the Communists in their military operations, but the huge majority left when they could especially since the foreign powers gave up their concessions in Shanghai in 1943, followed by the Communist takeover of the city in 1949. 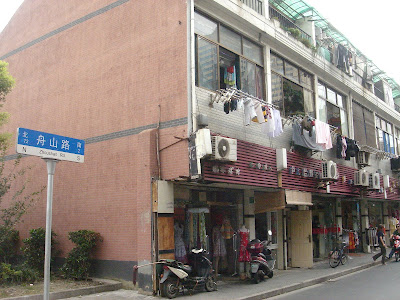 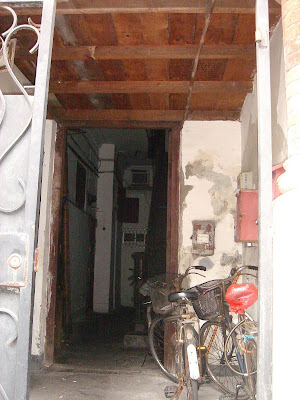 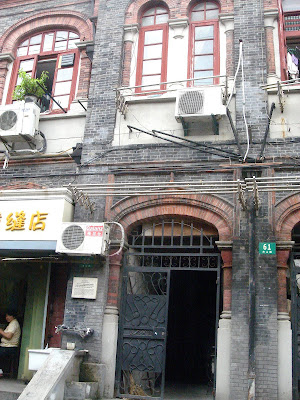 Blumenthal's former house in Shanghai
After the museum we took a walk in the neighbouring streets which used to be part of Little Vienna. Saw the outside of the house in Zhoushan Lu where Michael Blumenthal (former US Treasury Secretary) used to live in. 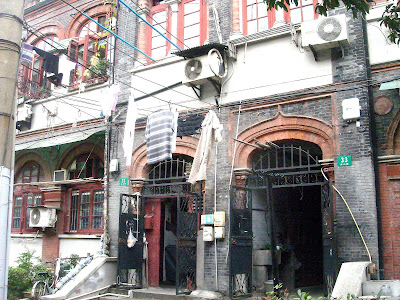 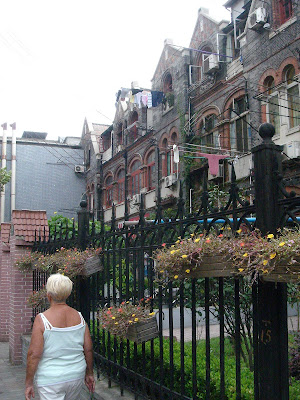 There was a comprehensive documentary about Jews fleeing to Shanghai a few months back on the History Channel. It was an eye opener. Like you, I didn't know until they aired the program.