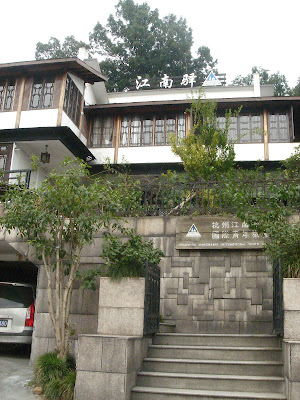 Jiangnanyi International Youth Hostel, Hangzhou
MIL hadn't wanted to go on private tours (i.e. alone) to other parts of China, so we decided to make a short weekend trip to Hangzhou with her - or she would only have seen Shanghai in her 22 days here. Hub doesn't have much leave from work and the kids have school. Certes, in a week's time the famous Chinese Golden Week begins, but only a very brave (and mad) person would travel any where within China - for there would be the Mother of crowds everywhere.
We, for instance, would be flying back to France for 10 days. A very short break for the distance, but a needed one. Just to eat fish for a start. People who like to play safe do not eat any seafood in China if they could help it. I am not that paranoid, but the seeds of doubt have nonetheless been planted.
Anyway, like I've mentioned in my last post, we stayed at 杭州江南驿国际青年旅舍. A youth hostel, would you believe it. Not too far from the famous West Lake in Hangzhou, nice surroundings, a very good restaurant and a couple of basic but reasonably clean rooms - if no unfortunate incidents like NO water supply in the middle of the evening should happen to you. 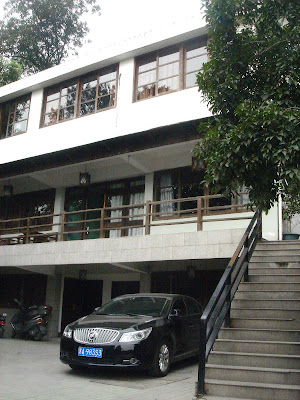 Most of the en-suite rooms were in this building
It was a small but busy place perched on top of a slope. There was a reading corner, computer for Internet access, self-service laundry, small parking space and weirdly even rock climbing facilities. Everything happens more or less in the restaurant, from checking in, ordering food, paying up, to climbing the wall. 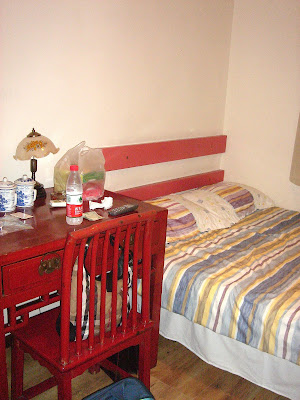 Single/double en-suite bedroom
There were rooms with en-suite bathrooms and rooms with shared toilet facilities (but bring your own towels and toiletries in any case). We had 2 of the former : a tiny single/double for 180 rmb and a family room that sleeps 3-4 for 238 rmb. The beds were very hard, you had little privacy and the bathrooms were tiny. Chinese people generally make a lot of noise so don't count on having late mornings or early evenings. 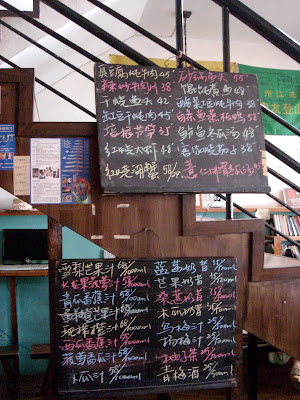 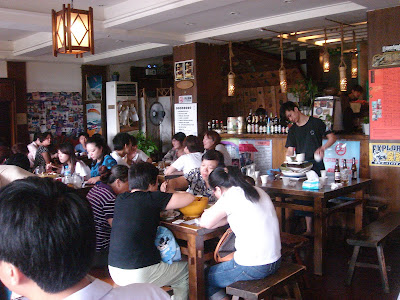 Always crowded dining hall - serve your own rice and tea
But they were reasonably clean and even had TVs (only local channels though). Things should be bearable if not for the total lack of water in the building due to some problem with the water supply the one evening we were there. Fancy not being able to take a shower after a hot day out, nor to brush your teeth and worst of all, there was no water to flush the toilets with. It was quite a nightmare in other words. 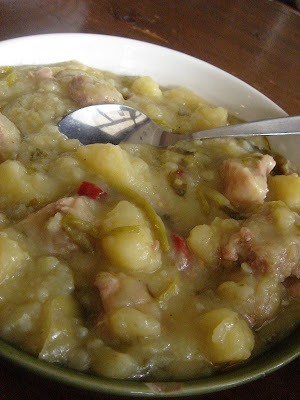 Beef and potatoes with salted vegetables 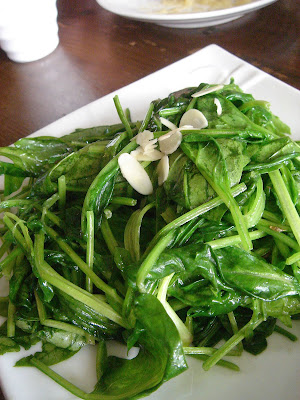 Almost perfect fried spinach
The food (we had lunch, dinner and breakfast there) did more or less make up for the inconvenience, it being indeed very good (though the children failed to appreciate it). It was home-style, largely spicy, quite salty, but particularly yummy. I was especially impressed with its Ma La Salted Chicken and Beef and Potatoes with Salted Vegetables. Felt immediately inspired to return to my kitchen to try to reproduce some of the dishes. I have missed having this feeling, this impulse in the last few months. We are spoilt for choice when it comes to restaurants in Shanghai, but the stuff they usually serve just tends to be the usual stuff. 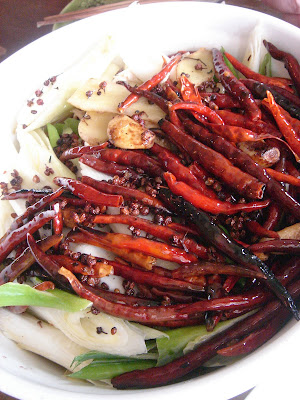 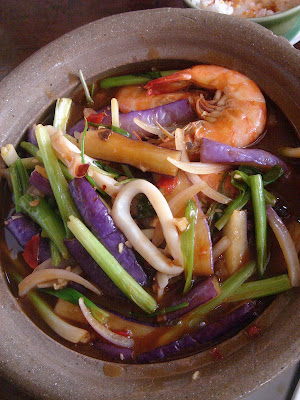 Prawn, calamari & eggplant casserole
The weekend at Hangzhou marked the arrival of autumn for the region : temperatures literally dropped 10°C between Saturday and Sunday and the weather has been pretty cold since. Time to take out the sweaters and the Burberry trench.
杭州市西湖区满觉陇路四眼井87号
310008 Hangzhou
Tel : 0571 87153273
Publié par Beau Lotus 涟 à 16:20

wow it is a crowded place. It is becoz of the holiday? I observed many locals.

Love your work on blogging about Chinese food in Hangzhou! I wanted to personally invite you to be one of the top cooking Advisors on ShopSquad, a free shopping advice website where shoppers and your readers can ask Advisors (i.e. you!) for advice.

If you recommend something that is purchased, from cookware to appliances to kitchen gadgets, you get a percentage of the sale. You're already sharing your expertise through your blog, so why not earn more money for it? You can also earn $5 for each of your readers who signs up.

Feel free to ask me any questions: marshall@shopsquad.com. Thanks!

@Edith : It was Saturday but not a public holiday weekend. You can imagine how much worse it must be during the Chinese vacations. We were the only locals there by the way and didn't have to wait for a table because we were clients of the hostel.

@Marshall : my blog is basically for me, family and friends to remember/catch up on what's going on in my life so I'm not thinking about making money from it. I'm sure Shopsquad is a useful site for cooks, will check it out when I have a moment. Thanks for dropping by.