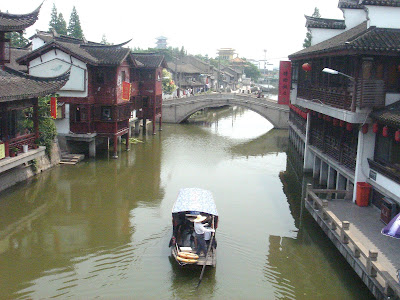 Qibao's water town snap
As you know the family came for a visit a few weeks ago. I more or less have the tourist machine oiled and running except that the younger sis had to complicate things by making a 4th child a few months before she was to visit. 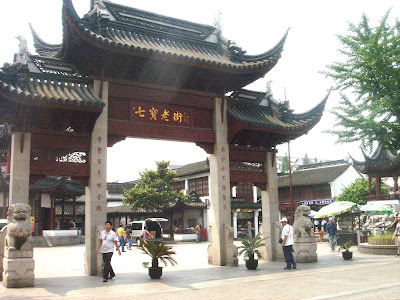 The entrance to the ancient part of Qibao
Visiting tourist spots with a 7 month old is a challenge for anybody. Fortunately Hub kindly made sure that we had the car and the driver at our disposal during the duration of their visit, but you still wouldn't tempt fate by driving a baby in a car for hours just to smell stinky tofu in an ancient water town. 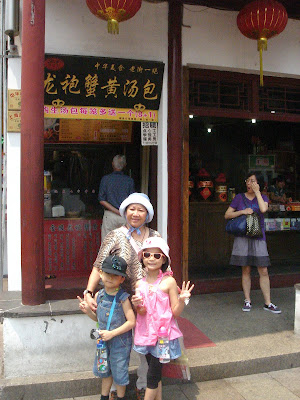 Mum with 2nd niece and 3rd nephew
While I did send them with a reduced number of children to Suzhou one Saturday, I felt that 2 weeks in Shanghai warranted a visit to a nearby water town where they would be able to take in local snacks at a glance. BIL is quite adventurous when it comes to eating street food so I had to give him an opportunity to do just that. 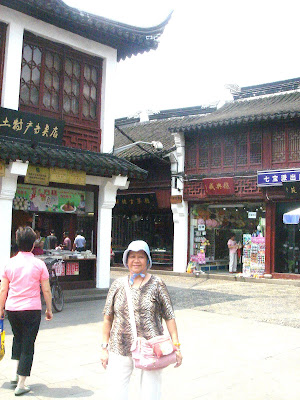 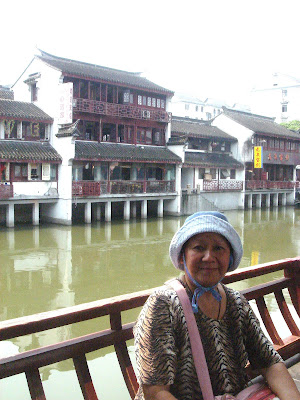 Mum in Qibao
Qibao Water Town and Old Street (七宝老街）seemed like the place for a short visit since it's actually situated in the Minhang district of Shanghai itself (less than an hour from my place) and is even accessible by metro. It is supposedly more than a thousand years old (Northern Song Dynasty, 960-1126) and was named in ancient times after its famous temple said to harbour 7 treasures. Only a bronze bell dating from the Ming Dynasty and a Gold Script Lotus Sutra written by an imperial concubine of the 10th century have survived to this day, though if you were to ask most people about the place they probably would only think of its snacks. Check out this article about them. 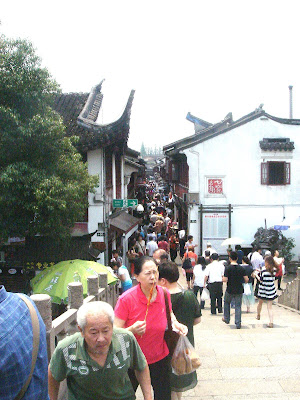 Old food street ahead
The old part of the town is really small. Something you can do with 4 kids including a baby. I am not the kind to tempt fate eating unknown delicacies found in a smelly (no thanks to stinky tofu) street, but felt that I had to mark the occasion by risking gutter oil and bought us a few pieces of fried tofu skin (non-stinky) to nibble on. Also had a pretty good ice Belgian chocolate drink from a modern bubble tea stall while BIL bought baked quail eggs to try. 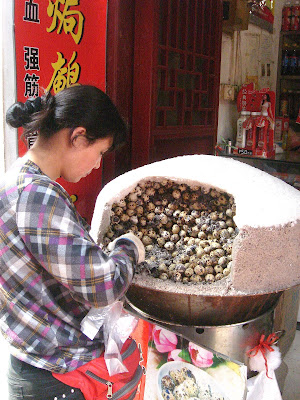 Quail eggs
A new pan-fried soup dumpling (生煎) shop was running a one-for-one promotion and we found ourselves queuing up for a long time to try out its dumplings. They weren't too bad and were best eaten fresh out of the pan, though minus the promotion I probably wouldn't bother to queue up this long in the heat for them. 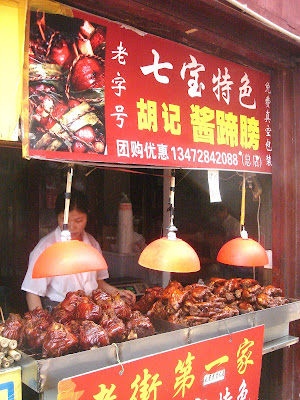 Town is known for boiled mutton and red-cooked pork
The town is apparently also famous for cricket fighting since ancient times. Its climate allows for the existence of a few aggressive/fierce breeds of crickets that draw so much interest they even have a special museum for both cricket displays and live cricket fighting shows. 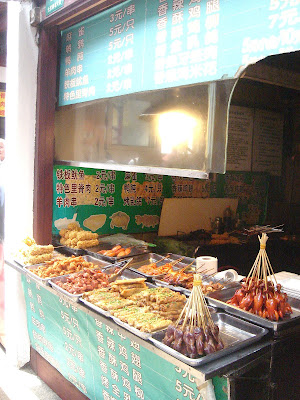 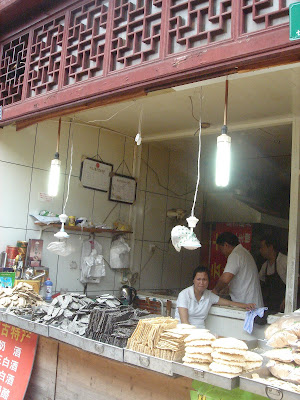 Sweet wine cakes?
Qibao is worth the while if you like (and dare to try) local snacks and do not mind the ubiquitous stinky tofu smells. Otherwise I've seen prettier ancient water towns in my 18 months here. 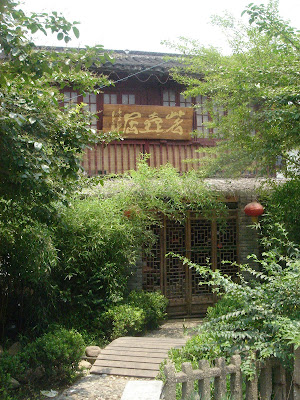 If I remembered correctly this was a tea house
Publié par Beau Lotus 涟 à 10:25

Hi! Great site! I'm trying to find an email address to contact you on to ask if you would please consider adding a link to my website. I'd really appreciate if you could email me back.

Thanks and have a great day!