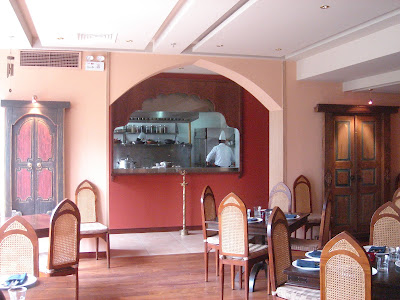 Vedas
We love eating Indian and are lucky that there is a pretty good one (Face : Indonesian-owned but managed by a bunch of Singaporeans) just within our residence. Unfortunately it's only open for dinner and is very costly, besides, it's good to try a different curry sometimes. The sauces tend to taste the same after a while, you wouldn't be able to tell a korma, makhani, rogan josh, vindaloo or doo piazza apart. 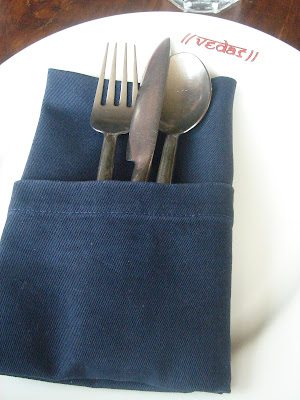 I read somewhere that Vedas has moved to new premises near Jing'an Temple in Puxi which was where we needed to be 2 Sundays ago for the French Presidential elections. It was a lovely day which made it a pity to have to eat indoors, but the restaurant was bright enough to make it ok and the food was better than we had expected it to be. 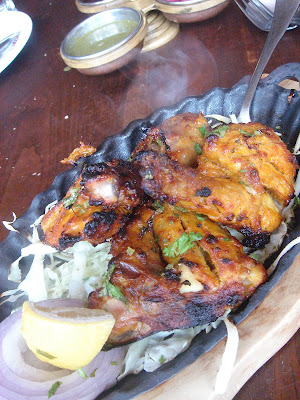 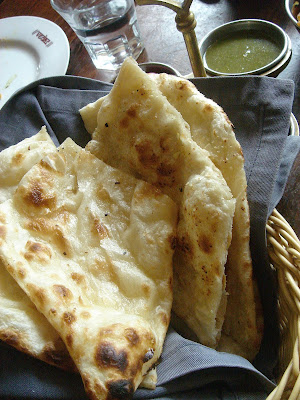 Butter naan and garlic naan
I often judge Indian cuisine by its naan and Vedas makes pretty good ones. The different curries have different coloured sauces and you can still taste the ground spices on the tandoori chicken which also happened not to be red in colour. 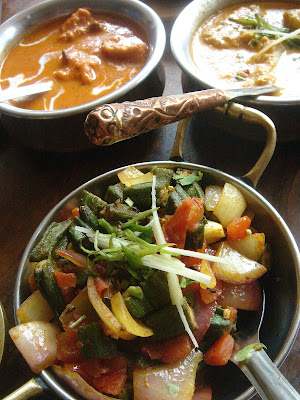 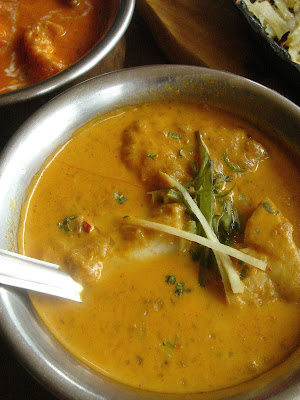 fish curry
The okra was tender and came with a few other vegetables which was a nice touch and for once the fish in the fish curry didn't taste fishy nor was it rubbery. The food was very spicy in general the way we've asked for it to be and the rice came in decent portions for the price. 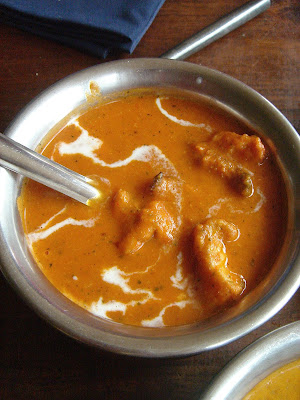 Butter chicken - so so 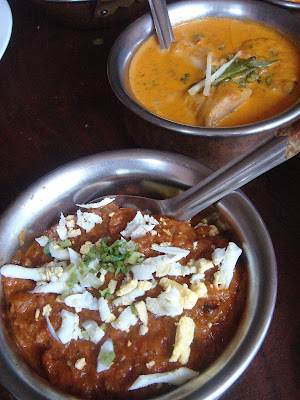 Lotus, if you are still a French PR are you given the right to vote for the French Presidential election?

I understand that some countries like NZ allow PRs to vote.

PRs cannot vote in France. But we can always have our own opinions.