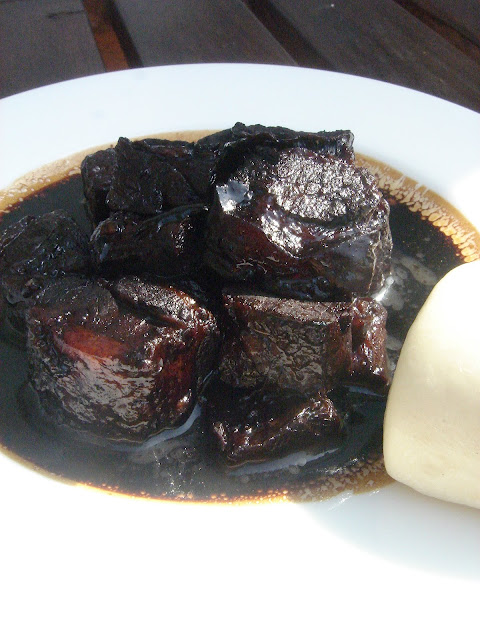 It took me hours to prepare this Sweet Soy Braised Pork Belly, I ate a few pieces when it was ready, gave a few more to the neighbour's cat and offered the rest (about 1 kg) to the cleaners working outside in the garden. It must have made their day because they usually do not get to eat much meat in their very poor and simple diets. Tant mieux.

Why this waste? The meat was delicious and I've been having such a craving for it. But it's fattening and I've been to quite a number of buffets lately with another one scheduled for tomorrow. Nobody else in the family likes to eat their meat sweet and this fat, so better it went to the poor folks' stomachs than mine. 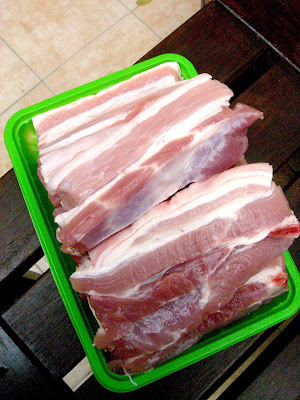 I've been dying to buy the pork belly they were selling in my supermarket as I find the Chinese name 五花肉 (5-flower meat) so enticing. Then I've been reading Ken Hom's A Taste of China cook book and have been dying to try out his pork dishes. So I combined 2 different recipes and cooked this dish, using the method from recipe 1 (liangban rou) and the ingredients from recipe 2 (dongpo rou). 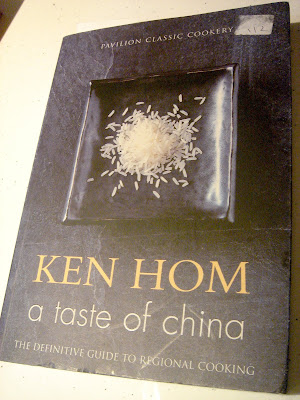 I didn't throw away the stock in which the pork had simmered for an hour and a half, using it to make a hot and sour soup the next day (after I've removed the fat, of course). Didn't answer Hub when he asked me why the soup was particularly tasty that evening, he probably would have had a heart attack if he had known. 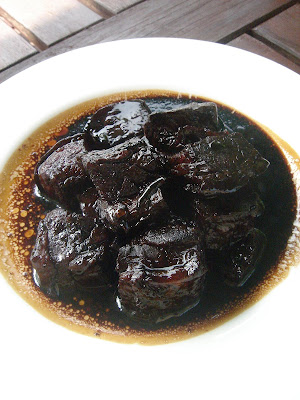 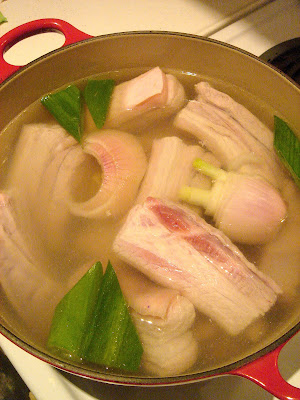 Simmering in a pot of water

Bring a big pot of water to boil and put in the pork belly (either whole piece or sliced into large pieces), onion, leek, ginger and salt. Cover and simmer for an hour and a half. Remove the pork belly and set aside, allowing it to cool before slicing it into smaller pieces. 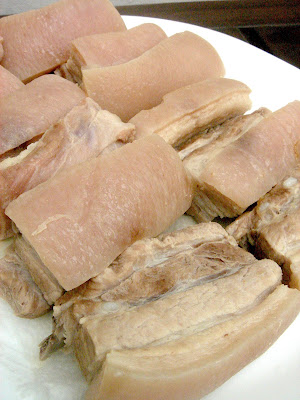 In another pot, heat up a little peanut oil and fry the ginger and garlic till fragrant. Stir in the sugar and sauce ingredients and add the pork belly into the pan. Cover and simmer for another 30 minutes or more. Make sure that the meat doesn't dry out due to exposure to the air. It should be very tender, sweet, slightly salty and make you want to eat a lot of rice or mantous with it.

I wouldn't replace the rock sugar with normal sugar as the former gives a glaze to the meat that the latter wouldn't be able to.