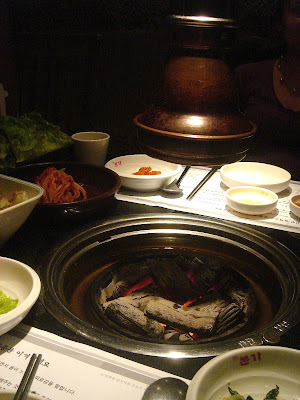 Hot charcoal for the BBQ
I must admit that I'm not usually hot about Korean food. I don't eat kimchi and that most of their dishes tend to be red or brown in colour puts me off quite a bit.
I did get into Korean food frenzy when I was following Dae Jang Geum a few years back, but the ubiquitous consumption of horrible-looking zhajiang mian (炸酱面) in another Korean series soon killed it. I haven't thought much about eating Korean until Fei and Judy brought me to eat Korean each time we went to Changning to have cashmere sweaters made (to order) a few weeks ago.
But it was Tina bringing me to eat Korean at 本家 last week that allowed me to see Korean cuisine in another light. She was introduced to the restaurant by Korean friends and was suitably impressed herself to keep returning since. 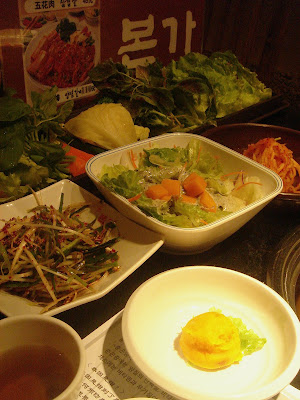 little side dishes
The restaurant is part of a chain that could be found in Beijing, Qingdao and Shaoxing. The one we went to was in Pudong. We only ordered one type of beef to be cooked over a charcoal stove - but it was sufficient. Because a typical Korean meal usually comes with lots of other little dishes and a lot of fresh salad. 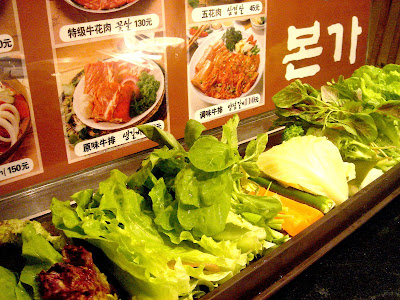 a long tray of salad leaves
The meat was very good and was expertly prepared by the waitress and you get 2 dipping sauces to go with it. We also ordered a beef soup with sweet potato vermicelli that was nice if a little sweet for my liking (am referring to the broth). But the meal on the whole was lovely (and healthy) and I would definitely return with the friends and especially the Teenager who's currently in a Korean phase (due to having many Korean friends at school). 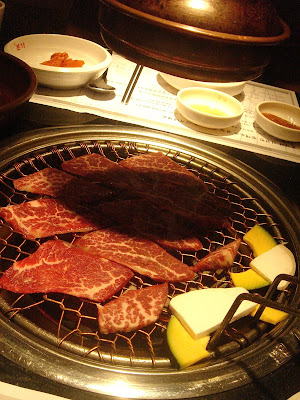 Many people choose great dining restaurants for a special occasion, so the food must not disappoint- in either selection or quality. You don’t need to feature a huge menu, but it should be interesting, offering unique items that patrons wouldn’t find at any other restaurant.