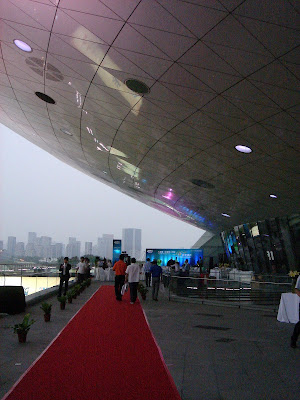 Company celebration at the Mercedes Benz Arena
The company celebrated its 15 years in China last Friday at the Mercedes Benz Arena in Shanghai. An indoor arena/flying saucer that until January 2011 was known as the Shanghai World Expo Cultural Centre. Mercedes was reputed to have paid quite a fortune for the naming rights and the venue was part of the company’s celebration of the 125th year of the automobile and a symbol of its foothold in the fast-expanding automotive market in China. 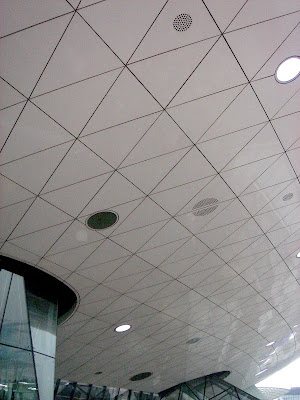 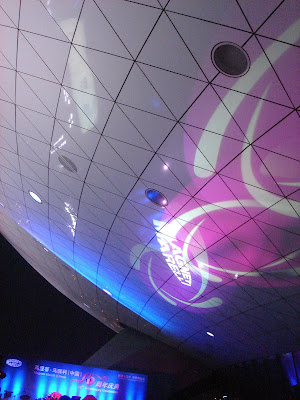 The Italian Consul in Shanghai was guest of honour and present were a number of business partners, top company executives and of course the company's fun-loving CEO. I was one of the few spouses invited to the event - but I wasn't bored since I know quite a number of Hub's colleagues by now and be they Chinese, Taiwanese, Malaysian, Italian or French - I managed to keep a few jokes to share with every one of them. 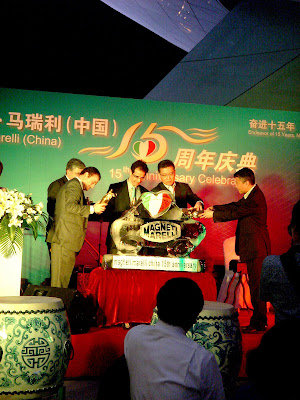 Fancy having an ice sculpture in summer
Dinner was served buffet-style and though the spread was limited it was quite good - especially the desserts the ones with a lot of cream. I drank quite a bit of champagne and red wine - because Hub said he had paid for it with his budget and that I might as well drink it up! 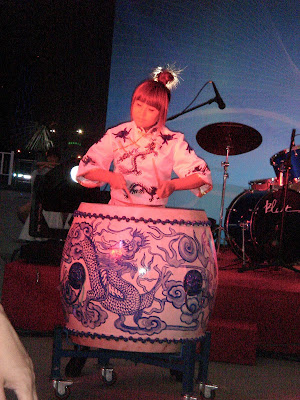 There was a drum performance, guzheng performance and live jazz all through the evening. Also a lucky draw and as usual someone from my table won the first prize. 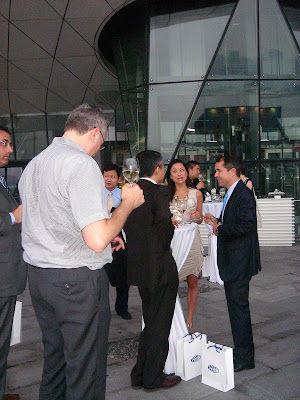 Mercedes holding centre court
At the VIP table sat a beautiful Chinese woman named...Mercedes and she is in charge of the arena from what I've understood. She had all the men's fantasies up high that night smoking a big cigar at the table and drinking cognac. Hub probably hoped I would do the same, but I snorted in his face and went off to pick up another cream tart. Seriously, she'd stink all night no matter how many times she'd gargle with Listerine. And if she's like Hub she'd also be snoring away. 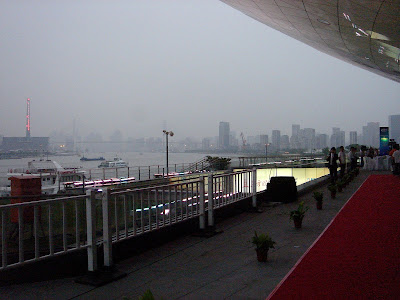 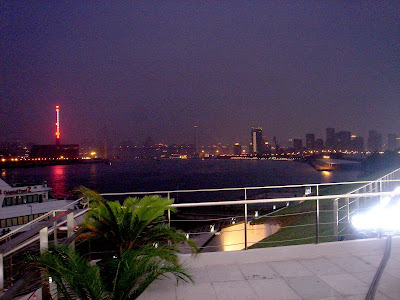 Before and after sunset
From the arena you have quite a lovely view of Shanghai - if the rainbow-coloured bridge was a bit kitsch if you asked me. They hold sports games and music concerts in the arena and one of the prizes in the lucky draw was a pair of tickets to Luo Dayou's concert actually. Whoever he was. 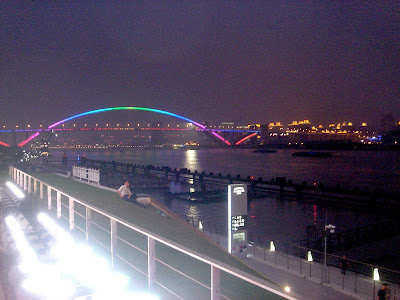 罗大佑 is a famous Taiwanese singer/song writer back in the 80s, now passe already, lucky you didnt win the prize :)

Haha, i realised that i shared the same chinese name as your hubby company! My Chinese name is Rui Li, the same chinese characters, except the Li, there is a 'Cao'(grass) on the top. Thanks for thinking of me everyday!
Happy Anniversary!
Bises Wendy