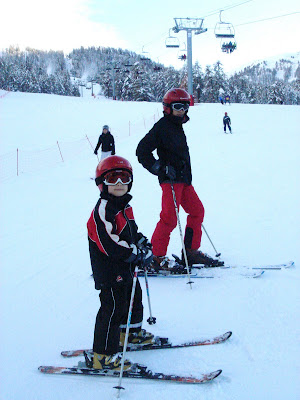 The boys on their skis
We have been skiing in Risoul 1850 in the Southern French Alps since Babinou was still in my womb. It's a small unpretentious ski station - but has very good runs, is often very sunny and boasts of consistently above-average snowfall. 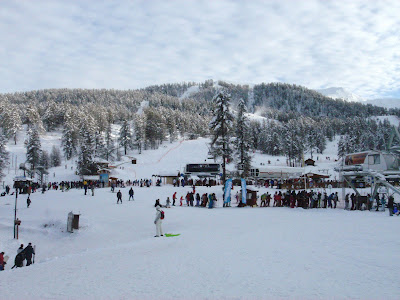 Risoul 1850
Last week had been no exception. In fact, we had one of the best ski weeks in a decade : a full week of sunshine, runs covered with the most amazing snow (it snowed alot the week before our arrival) and a station that wasn't overcrowded. I am not a big fan of skiing - but even I have to admit that I have enjoyed myself this week (in spite of my painful ankle no thanks to too-tight ski shoes). 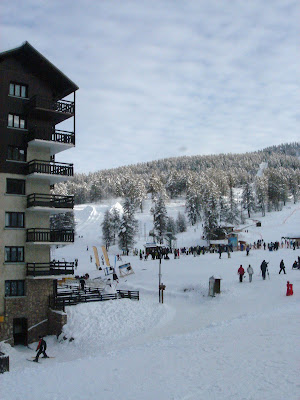 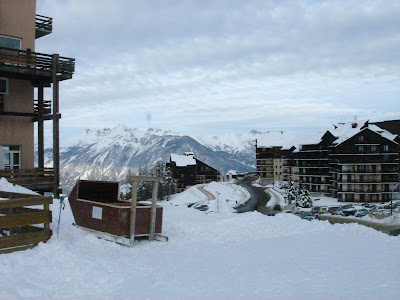 Bottom of the station (pictures taken up there are still in my phone - no idea how to retrieve them)
We stayed as usual with Touristra-Leo Lagrange - an all-inclusive holiday village that is just at the bottom of the ski runs. They have a new Director (Elza) since last year and things have improved - from the showers to the food. In fact, our New Year's Eve dinner was really very good - though we went to bed before midnight because we had to wake up early the next day for our last ski lesson. 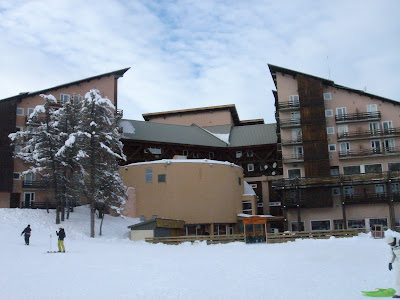 Touristra-Leo Lagrange Holiday Village
The Babies obtained their Second Star (Deuxième Etoile) together and were really proud of their achievement. They ski very well now and are capable of doing certain black runs with little effort. In fact the family often had to ski without me as I was holding them back too much. I am too rigid when I ski and somehow couldn't seem to correct my bad posture (nor my fears). Though I can ski reasonably well nowadays, situating between Classe 1 & 2 for adults. The Teenager skied with Hub in Classe 3 (the highest level) and they often did unsecured runs which gave me goosebumps just at the thought. 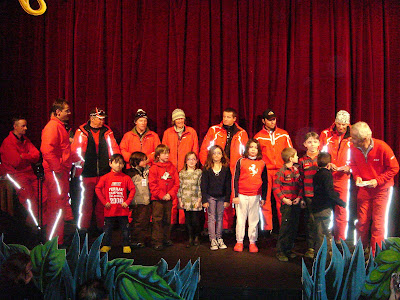 ESF ski instructors giving out certificates to those who have earned their 2nd Star
Who knows when we will ski again once we move to Shanghai. So we were glad to have done it though we are just days from starting our move. I'm all stressed out now as there is still so much to be done. Arrgh...
Publié par Beau Lotus 涟 à 23:48

Its just a short flight from Shanghai to Japan for skiing! I think you land at Nagoya & head for the Japanese Alps from there somewhere near Nagano.

The airfare is very reasonable & its good to get out of Shanghai at the end of this year and enjoy Japan.

So we've been told. I've never been to Japan so that would be a good occasion to ski and visit at the same time.