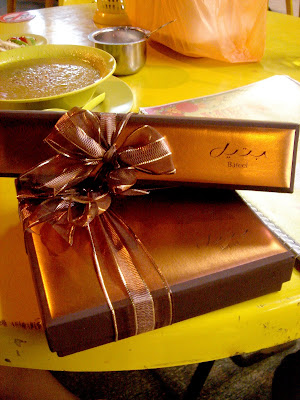 Golden gift from and for Gold Class

I do not know if it has happened to you, but when I blew the 35 candles on my birthday cake (not that anybody remembered to get me one) a few years ago, I started feeling nostalgic about a long lost younger me. Many men would start to go to the gym, dye their hair and start an extra-marital relationship, but I found myself more interested than ever in Google.

I paced round my living room trying to remember the names of some of my classmates - from elementary to secondary to high school. Not to forget University and post. The problem is that back in Singapore where I came from, most of us were born with a set of names - that would be translated into mandarin back at school and which wouldn't be used again after we leave school. And in my case, the last time I was in elementary school was 27 years ago, the last time I was in secondary school 23 years ago and so on.

So I spent hours and then days, finally weeks, months and even years (with breaks in between, of course) looking for say, Liu Binbin on Google. Zero success. When I started becoming more active on Facebook, I couldn't find her either. It was frustrating because I could still see binbin in my mind, her sweet little face when we were 9, her older face when we bumped into each other on the public bus as we made our way to our different high schools years later. Then one morning last year, I woke up and remembered that her English name was C. And in the same flash I also remembered the way her surname was spelt. Typed "C..L..BB" on FB and bingo, first face to turn up on the networking site was her. She still looks the same.

Over the next few months I would find a number of my former classmates more or less in this manner. My old pal RW I found on FB through his brother, Uni pals were a little easier to find as some of us would have remained in contact with each other and through this friend and that we often get the ones we've lost. Then I realised that I wasn't the only one getting nostalgic about my old friends, a few of them have gotten into discussion threads on FB to look for the others and that was how I managed to find a couple of my primary schoolmates! 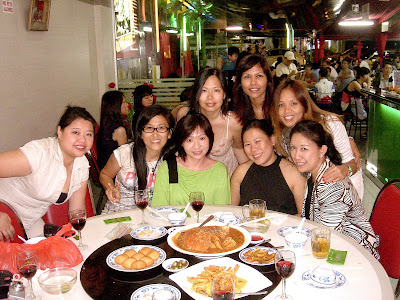 But the most amazing thing that has happened to me in the last few months was Gold Class (GC). I wouldn't go into the details, but suffice to say that out of the blue I found myself reconnected with more than 2 dozen of my former Secondary schoolmates and we have somehow found time to catch up first online and then in person...and it was just so wonderful to find them again after all these years, to know that every one is doing so well, that nobody has aged, that girls you didn't like when you were 15 turned out to be so cool and interesting 23 years down the road, that that little girl in you still exists somehow and likes occasionally to pop out and do a little dance. 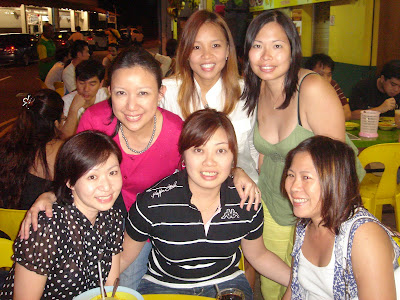 Late-night prata group (2 of them would have been on radio and/or TV before :-))

There were also many inspiring stories among us, so many things we have learnt from one another, so many new perspectives we have gained - and a certain solidarity that was born out of having spent at least 2-4 years (some of them were together since elementary school) together such a long time ago, maybe also because we came from a Christian school. Now, I'm not a Christian, but at this moment I am ready to Praise the Lord for my GC friends, may You keep them safe and happy...Amen. 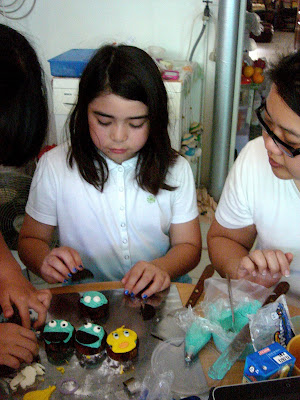 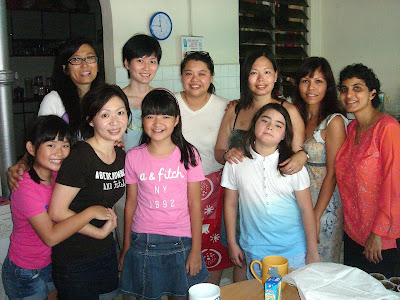 On my last trip home I had a really tight schedule but managed to meet a number of my newfound old friends as a group - for prata late one night, for a morning cupcake decorating session, for a seafood dinner...I want to put this down, remember it, savour it.

Fun. I found a few of my secondary school friends through the secondary school FB page I am however trying to locate my bestest friend. She and I were in contact and then lost touch. She is a Singapore Airlines flight person(the last I spoke to her in 04-05?) and I cannot seem to find her at ALL!

You want to do it for me?

PS: I attended a Singapore embassy event in San Francisco which was fun I heard th National Anthem after so many years

S, with your booming business and new premises I'm surprised you still have the time to blog, check out blogs and do FB!!!!!

I am super busy though unlike you I'm not economically productive. Maybe SQ has some kind of stewardess alumni you could check with?

I would have loved to visit SF. I've attended a few embassy events in the last 2 decades and I've always enjoyed them, it's always nice to meet other Singaporeans, hear Singlish, eat, hear speeches, rub shoulders with bureaucracy etc.. And the govt is wooing us overseas I can sense. We are the ones who'll usually appreciate them most.