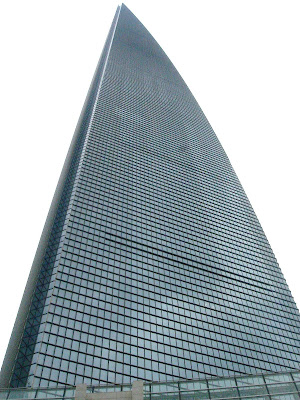 The SWFC
The SWFC or Shanghai World Financial Centre 上海环球金融中心 is currently Shanghai's tallest building though they are already in the process of building another that will be even taller. Standing at 492m above ground with 101 floors, it is a state of the art "vertical garden" housing the world's tallest observatory, shops, restaurants, offices and the 5-star Park Hyatt Hotel. It is also known locally as the "bottle opener building" as its tip looks just like one. 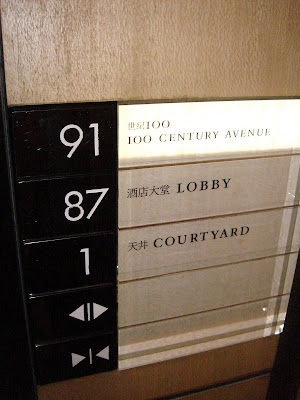 In the lift
You could pay more than a hundred rmb to stand on the 101st floor and see Shanghai from up there; or you could pay double and have a light lunch on the 91st. The Park Hyatt has a restaurant named 100 Century Avenue and they are currently having a weekday lunch promotion offering set lunches from between 91 and 150 rmb excluding drinks and taxes. 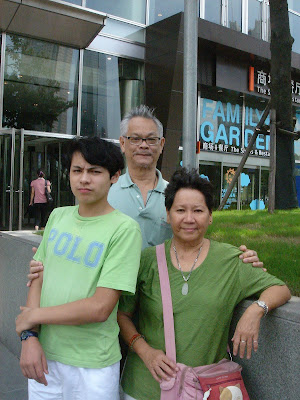 Mum, dad and the Teenager aka Green Brigade
We've eaten there on a weekend last winter and discovered that (1) the food there was so-so, (2) do not visit when it is cloudy for obvious reasons, and (3) the toilets were cool. 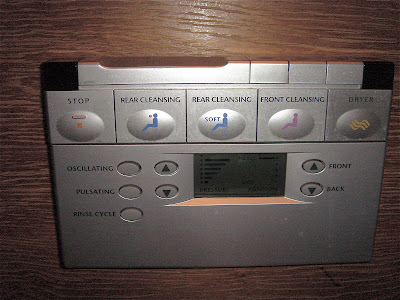 Many hotels have this backside washing device which is really cool
However, when the sun is out, the Park Hyatt runs a F&B promotion and you need to bring guests up there to have a great view of Shanghai - this is the place to have lunch in. 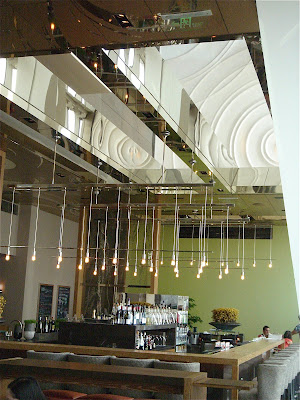 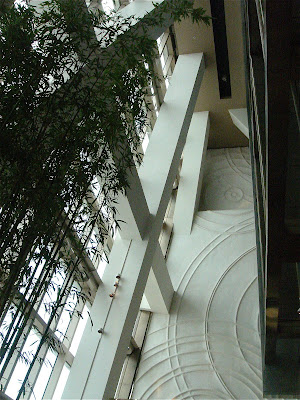 Up there are the 92nd and 93rd floors containing private dining areas
It is hard to believe that until 1990 the whole area that is now known as Liujiazui used to be just farmland. Now it is a leading international financial centre with skyscrapers all over containing the most modern banks and other financial institutions, shopping malls and hotels. The kids just received their school report books and the first thing they said when they got home this afternoon was, "Could we get our presents from the Super Brand Mall?" 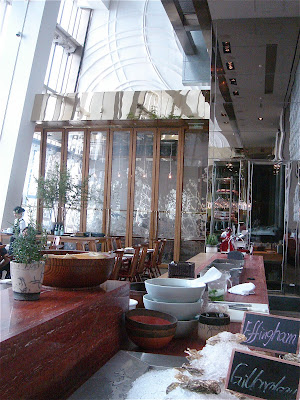 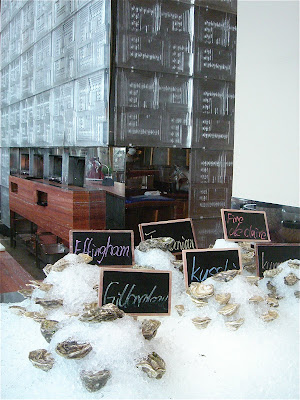 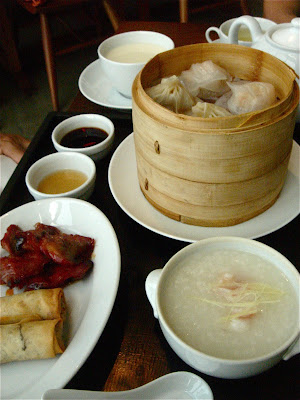 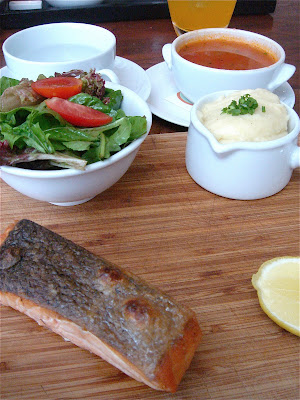 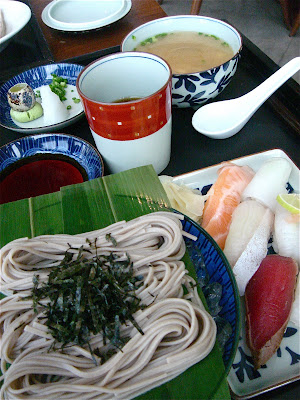 3 of the set lunches
The food was quite good and the portions sufficient - but for the price (especially of the normal menu) there was nothing to get excited about the restaurant. It is just pretty worth it if you want to go there for the view. 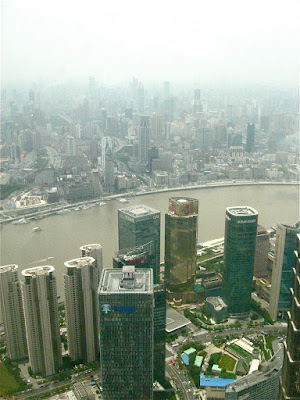 Another option would be afternoon tea on the 87th floor. The Park Hyatt has another restaurant and they serve pretty cakes and a selection of teas and coffee from 2:30 to 5 if I am not mistaken. There is however a minimum 150rmb per person spend rule to respect. 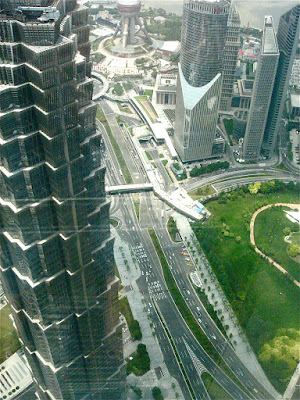 Ground is really far below
From the top of the SWFC you can also see the Oriental Pearl TV Tower and they too have an observatory with a museum visit included in the ticket. Could be another option especially if you prefer to have a view of the SWFC instead. 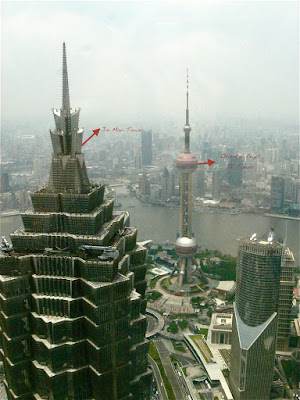 Jin Mao and Oriental Pearl
From the SWFC you can also see the Bund and all the lovely buildings from another era lining the bank of the river. 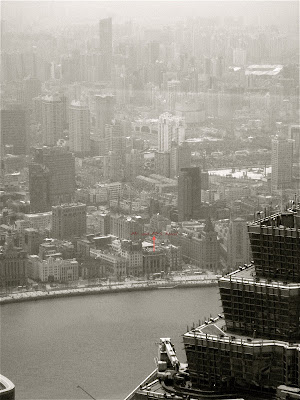 You can see Mr and Mrs Bund
I must admit that while I do not suffer from vertigo, I am nervous about tall buildings nowadays with all the earthquakes and what not happening all over the world lately. Am quite happy to hang around my 2-story wooden house with feet planted on the ground - and the sea a few hours away too.
Publié par Beau Lotus 涟 à 14:52

Is this the same Park Hyatt where the Chinese restaurant has the raved about Beijing duck? Heard that the Chinese kitchen is an open concept where you can see the chefs in operation.

I do not know how many Park Hyatts they have here but this one does have an open kitchen. I usually eat Peking Duck in one of the other Chinese restaurants so I have no idea if this one serves a good one.