Being Photographed By Wang Gang Feng in the Streets of Puxi 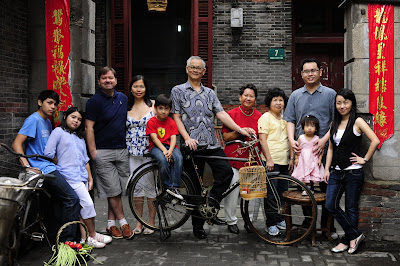 Family Shot in Puxi
The family arrived on the 11th and I had the chance to book 2 sessions with China's first freelance photographer Wang Gangfeng for the next morning which I promptly seized. He has probably photographed most of the expat families in Shanghai, but I figured that this would be a good way to introduce old Shanghai to the family and at the same time mark the rare occasion when almost everyone was together for once (my sister and her family were missing though). 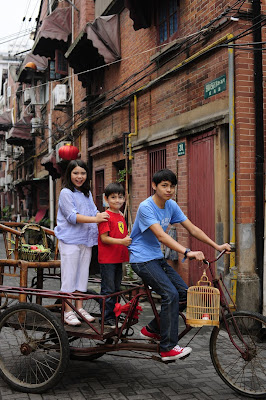 3 Kids on a Trishaw
What I knew from looking through some of the other commercial photos Wang had taken was that the shoot would take place in the old streets of Shanghai. Though our RdV was at the luxurious Four Seasons Hotel in Puxi. He has hired a young man to walk us from the hotel lobby to the shooting location. And yes, it was weird discovering a small compound filled with dirty old houses and narrow alleys in a neighbourhood known for its skyscrapers and expensive hotels. 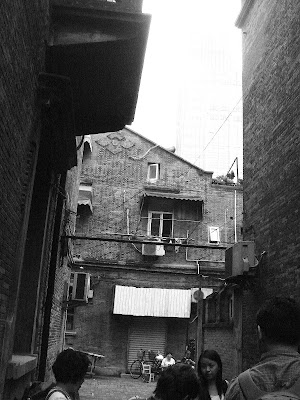 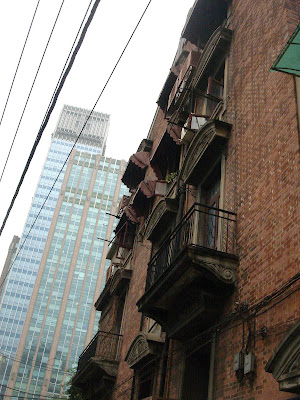 Nice balconies
I was actually quite excited to be visiting one of Shanghai's old lanes since Pudong where I am is pretty modernised and clean. At the rate they are pulling down old areas, I suspect that those old houses would soon be a thing of the past - such a pity. 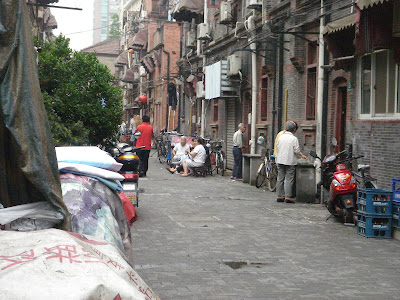 Talking and knitting in the streets 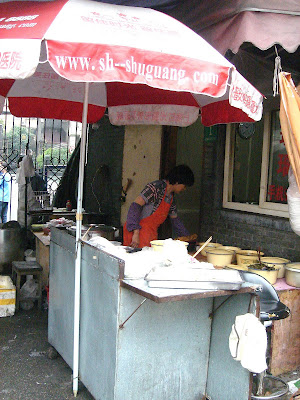 Breakfast, anyone?
Mum told me that she wondered why I've arranged to have our photos taken in such an old and dirty place - but when she saw the photos later on she exclaimed that we were like film actors on location shooting... 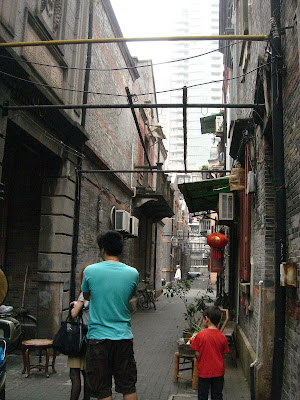 Waiting for the family before to finish 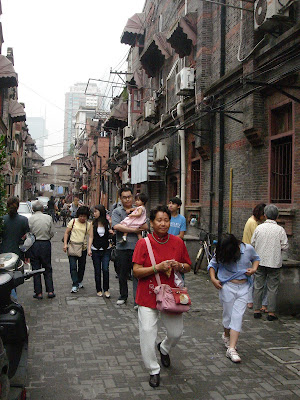 Stars of the morning leaving location shoot
Wang Gangfeng runs the Gang of One Photography Studio and claimed to be China's first freelance photographer, first Chinese fashion photographer to have worked with Elle, an award-winning photographer known for his candid shots of life in China... 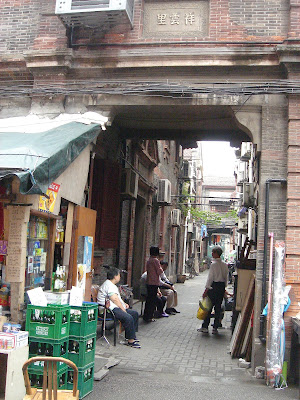 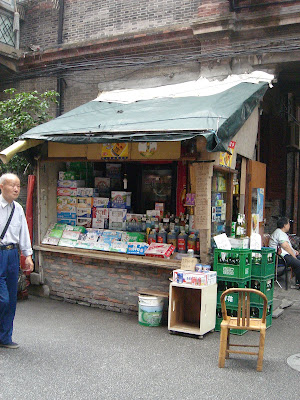 Drinks, anyone?
I was perplexed as to why he would offer expats expensive private sessions with him, but could only imagine that it's only normal for anyone to want to bank on their notoriety when they can. It could always be for a more noble end e.g. finance his trips to continue documenting life in China or set up learning funds for local students - something I would do if I had his talent and the chance to use it and be known for it. 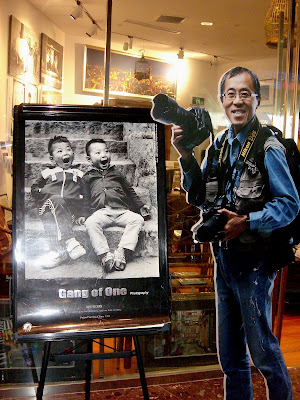 Lifesize cutout of the photographer in front of his boutique 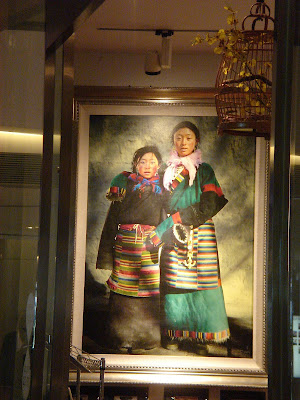 Photo of Tibetan sisters
We had lunch on the 91st floor of the Shanghai World Financial Centre a week later and came across his boutique selling photographs and postcards (of his work). I must admit that they were lovely, human, touching shots and made me want to decorate my walls with a number of them - both in colour and in black and white. One that I particularly liked was that of a pair of Tibetan sisters who went with their family to pray for a week each year at the big temple in Lhasa. 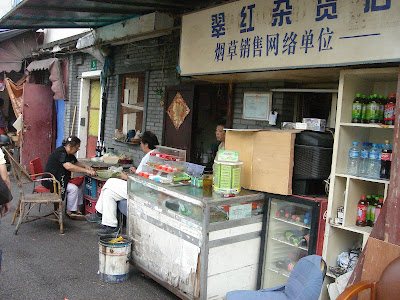 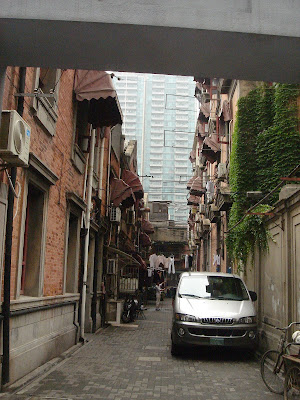 I took a few shots of our location that dark and rainy morning so as to remember the day by. A few grandmas were knitting and gossiping in the streets, breakfast was being sold at the entrance to the compound, a hair salon was drying its towels out in the alley... 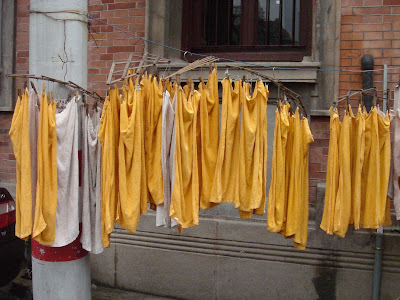 Such a pity that the officials would one day tear down this colonial style building, am assuming it was built by the foreigners.

Must say Lotus you look smouldering sexy hot in that group photo!!!

Yeap I think they were probably built by the foreigners in the past, Hub said some of them looked vaguely French...

As for me I have enough fat to cook eggs for a refugee camp. I am currently at my fattest, it's a nightmare.